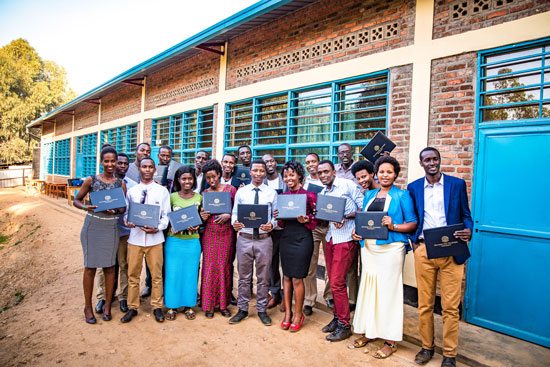 A group of anonymous donors believes that access to higher education will help refugees around the world go from just existing to thriving. They have demonstrated their faith in this belief with an anonymous gift of $10 million to Southern New Hampshire University.

Guidestar reports, “Southern New Hampshire University is a private institution founded in 1932. The school, accredited by the New England Association of Schools and Colleges, has shown steady growth since the IRS recognized it as a nonprofit in 1968.”

The SNHU pilot refugee program was held in Rwanda at the Kiziba refugee camp in partnership with Kepler, a Rwandan nonprofit. SNHU has plans for four more sites in the next two years, bringing in additional partnership organizations: United Nations High Commission on Refugees, the Connected Learning in Crisis Consortium, SOLVE at the Massachusetts Institute of Technology, and the American University of Beirut. The donors hope to educate fifty thousand individuals in twenty localities in the next five years. According to Inside Higher Ed, “SNHU expects to form similar partnerships to provide support for students enrolled in its online College for America programs, which generally cost $3,000 per year but will be free for the refugees who enroll.”

For refugee students, the challenges are greater than just doing their homework: there are the basics of food, water, power, internet connections, books, and laptops. SNHU assists with acquiring what the students need to succeed.

“It’s like Maslow’s hierarchy of needs,” Paul LeBlanc, SNHU’s president, said. “First we started with security. We needed a secure facility, a place that we could store the laptops and know that they would be there the next morning and make sure it was a good environment for our people to go in and out of.”

The refugees in Kiziba, who fled civil war in Democrat Republic of the Congo beginning in 1996, received their upgraded wireless service through a grant from Ikea Foundation and the laptops from SNHU.

“Education remains the greatest source of hope and opportunity for people on the far margins of society,” said former U.S. secretary of education Arne Duncan, who serves on an advisory board for the initiative. “SNHU’s work in the camps brings education to some of the most desperate and poorly served people in the world today.”

At the Kiziba refugee camp, Southern New Hampshire just graduated its first group of 16 students with associate degrees. The university says all of the graduates work as interns outside the camp and are now pursuing their bachelor’s degrees.—Marian Conway