Report: Teachers Say Many Students Go Back to School Hungry 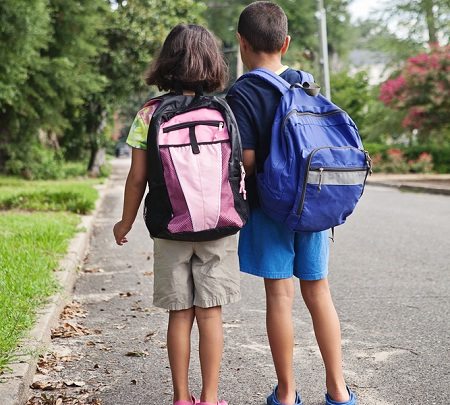 A report released yesterday by the nonprofit Share Our Strength finds that three out of five K-8 public school teachers say they have students that regularly come to school hungry. The “Hunger in Our Schools” report, which was based on a survey of 1,000 elementary and middle school teachers throughout the U.S., says that this hunger gives the students headaches and stomach aches in the classroom that make it hard for the students to concentrate, which likely leads to a negative impact on students’ academic performance. Among the teachers in the study who said that they find students coming to school hungry, 80 percent said that this occurs on a weekly basis or even more frequently.

The report suggests that it is imperative for schools to offer free or reduced-price meal programs and for teachers to help families enroll in such programs. Share Our Strength President Tom Nelson called the problem “something this country can’t tolerate.”

In addition to the quantitative findings, the report also presents comments from some of the teachers in the survey. One teacher notes, “With the Kindergarten children I see some who do not bring in a snack. It is stigmatizing for these children. They live in poverty and may not speak English and they do not have snacks. It separates them from their peers.” Another teacher may have touched on the root of the problem in stating, “Parents have lost jobs or are not making enough money to buy food. Often these families are in a service gap; that is, they make too much for government help and too little to afford food.” –Mike Keefe-Feldman