Rhode Island Nonprofit Gets Too Cozy with Gubernatorial Candidate 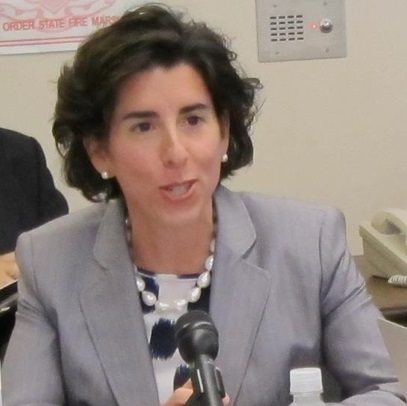 A cautionary tale this week about a Rhode Island homeless shelter that may be getting too close to a candidate for governor who is a high-profile supporter and board member. Although nobody has mentioned legal action, it could possibly be a violation of one of the IRS’s cardinal rules prohibiting electioneering and endorsements by 501(c)3s.

The Providence Journal reports that Rhode Island Treasurer Gina Raimondo (D) drew the nonprofit Crossroads Rhode Island into her campaign to become governor, amid questions about the kinds of restrictions the IRS places on the political activities of 501(c)3s. Raimondo is vice chair of its board.

The latest Raimondo-for-governor TV ad features the candidate talking to an unidentified woman inside the Providence homeless shelter. The building is also prominently featured in another segment of the ad in which a woman says Raimondo “saved [her] life twice” after incidents of alleged abuse. She credits Raimondo for fundraising to expand the shelter and clearing a backlog so she could receive state money from a Crime Victim Compensation Fund that the treasurer manages.

In response to an inquiry from the paper about Crossroads’ role in the Raimondo ad, the IRS provided a link to the regulation that restricts political “intervention” by 501(c)3s, which says:

“Under the Internal Revenue Code, all section 501(c)3 organizations are absolutely prohibited from directly or indirectly participating in, or intervening in, any political campaign on behalf of (or in opposition to) any candidate for elective public office….Violating this prohibition may result in denial or revocation of tax-exempt status and the imposition of certain excise taxes.”

But Crossroads cited another section of the IRS rulebook, which says, “The prohibition extends beyond candidate endorsements…. Allowing a candidate to use an organization’s assets or facilities will also violate the prohibition if other candidates are not given an equivalent opportunity.”

Crossroads told the Journal that no other candidate asked to use its facilities, but “if they did, we’d say yes…. The more exposure that homelessness and Crossroads get, the better off we are.”

According to the article, someone associated with the campaign asked for permission to film “B-roll footage” inside the homeless shelter for a Raimondo campaign ad featuring a woman who had once been a Crossroads client. The request was granted by both the shelter’s CEO and board chair, whose wife is a donor to Raimondo’s campaign.

The Journal points out that the ad marks the second time Crossroads’ CEO has become involved in a Raimondo campaign; in 2011, she had a role in a business-backed group that spent hundreds of thousands of dollars to push legislation Raimondo crafted to overhaul the state’s pension system. The shelter’s involvement led to a decrease in donations from state employees the next year.—Larry Kaplan