Last February, 22 percent of small businesses were forced to shut their doors due to financial strain caused by the COVID-19 pandemic. Brick-and-mortar businesses that lacked the ability to transition to remote work or online operations were forced to shut down. The pandemic also sped up something called the “silver tsunami,” or the mass retirement of baby boomers, many of whom have no succession plans for the businesses they own. Such businesses often don’t have the resources to upskill their workforce or adapt new operating practices to keep up with larger competitors. How does this affect the economy? As small businesses close, profits are pooled more and more in larger corporations, making it more challenging to start businesses and compete in an increasingly uneven marketplace.

Of the 2.34 million businesses owned by people ages 58 to 76, which employ 24.7 million people nationwide, a whopping 83 percent do not have written succession plans or view such plans as a topic too complex to approach. Some existing options for succession planning include selling the business to another company or a private equity firm, but in such instances, the financial well-being of the retiree is up for discussion as are issues such as the maintenance of family ownership. Furthermore, employees may not be considered in the transaction and could be forced into difficult working conditions or lose their job. The high number of businesses without a succession plan reveals an opportunity for small business owners to connect with networks championing conversions to worker-cooperatives as a succession planning route.

Just as small businesses are closing at higher rates than ever, so are workers leaving their jobs in unprecedented numbers. Remote opportunities, safety measures, and a shifting personal values have influenced the behavior of workers who in the past waited for longer periods to find the right opportunity before leaving their jobs. Additionally, workers are starting to organize, demanding better pay and conditions and communicating what businesses need to do to support the wellbeing of their workforce.

In a recent article for NPQ, Ophelia Akanjo writes that this shift is less of a resignation than a “reckoning.” As workers speak up to advocate for their needs, companies accuse employees of being lazy while continuing to profit off their employees’ hard work. “The word “laziness” seems to be a buzzword vis-a-vis the phenomenon of people leaving bad work situations in search of better ones,” Akanjo writes about corporations’ attempts to deflect attention away from bad working conditions.

Such deflection is less convincing today, as the workforce is finding its voice and speaking up. Employee ownership models, such as cooperatives, allow workers’ voices to be heard and their requests acted upon. As small business owners find ways to keep their legacies alive, honor employees’ contributions to growing their companies, and develop accessible succession plans, converting to worker cooperatives is an increasingly promising option.

Worker cooperatives aren’t just good for individual companies. They’re good for the economy as a whole. As the National Center for Employee Ownership reported, workers at cooperatives have a smaller chance of being laid off than employees of other types of businesses. This is particularly the case during recessions thanks to the intentional implementation by coops of cost-reduction practices, such as minimizing training and recruitment costs.

Marc Bendick Jr. and Mary Lou Egan explain that stable employment gives cooperative worker-owners more economic power in the local community, empowering the local economy through retention of locally generated capital. They write that in economies where cooperatives are prevalent, “local earnings are often spent locally,” prioritizing community concerns such as “the environment, human resource development, and the quality of life.”

One popular pathway to worker-owned businesses is when employees purchase a business from its retiring owners. A study by Gregory et al. outlines the three-step process by which businesses convert to cooperatives. These are:

One way we can understand the opportunities for creating conditions conducive to business conversion is through my Conversion Readiness Framework, which outlines the three main requisites for a business to convert to a worker cooperative. These are: general business success, a supportive ecosystem, and internal change preparedness.

In the last couple of years, federal-level initiatives have further enabled access to capital. One of the most recent examples is the State Small Business Credit Initiative (SSBCI), part of the American Rescue Plan Act (ARPA). According to Fifty by Fifty, “The SSBCI program was created to increase access to capital for small businesses, to benefit state economies. Congress directed Treasury to include employee ownership transitions in the program.” The funding would go through banks, credit unions, CDFIs, and eligible venture capital funds. “SSBCI funding offers states the opportunity to seed these investment funds, which CDFIs or other financing organizations can run. Municipalities could work with their state development finance agency to obtain allocations for their area. The result could be that the tidal wave of business closures known as the “silver tsunami” could be stemmed, and local economies could emerge more vibrant and just—with shared ownership at the heart of Main Street.”

A supportive ecosystem consists of local development centers, local and state institutions, policies, laws, and professional services. But in what order should this ecosystem develop? In 2020, the Democracy Collaborative published a report of the steps needed to create a supportive investment ecosystem and take employee ownership to scale:

Such changes made in this order would enable businesses to flourish in an ecosystem that encourages conversion to worker cooperatives as an expected outcome rather than a rare event.

Be the Change: How to Organize for A Supportive Ecosystem

Activists and organizers can play a role in achieving a meeting point between slowing the silver tsunami and creating value-aligned, employee-minded job opportunities through conversions to worker cooperatives. Here are some strategies to make the supportive ecosystem we need a reality:

Together, COVID, the silver tsunami, and the workforce’s increasing demands have brought us to a point where employee ownership and conversions are a viable option. Following guides like the Conversion Readiness Framework allows for business owners to prepare for and prioritize the next steps to sell their businesses to employees, keeping their legacy alive and empowering a new generation of workers.

Kateri Gutierrez is an MBA candidate at the University of Michigan Ross School of Business. Prior to school, she co-founded a worker cooperative cafe in Southeast Los Angeles. This experience further motivated her to help bridge the gap between business school acumen and employee ownership efforts. 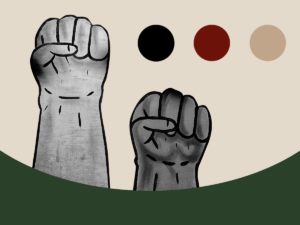 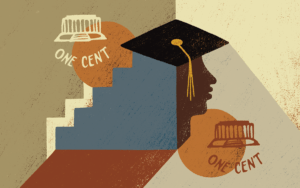 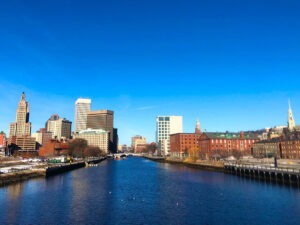