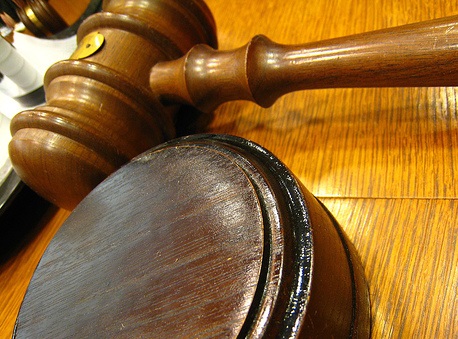 The last time NPQ checked in with Final Exit Network was back in September, when the right-to-die advocacy group was fighting for a place in AARP’s annual exposition in San Diego. Now, the group is fighting to avoid judicial prosecution, having been charged with a felony count of assisting the suicide of a Minnesota mother of two, Doreen Dunn, in 2007 and interfering with a death scene. If convicted, the group would pay a maximum fine of $30,000.

Final Exit Network is a Georgia-based nonprofit that works to inform and support terminally ill patients or individuals living with chronic pain of their options should they choose to end their lives. Part of the nonprofit’s services, which are in contention in the trial, are “exit guides” that provide information on how to obtain the equipment to commit suicide, which is later disposed of by members of the group in attendance. While a “death with dignity” bill was recently introduced in Minnesota earlier this year, assisted suicide is not currently legal.

Dunn, 57, suffered from chronic pain for about a decade before her death after being diagnosed with a neurological conditional called central pain syndrome, which entailed “constant pain in her tailbone area; chronic pain in the upper neck, head and eyes; lower back pain; and other medical conditions.” Dunn originally appeared to have died of natural causes, and the medical examiner had initially ruled the death as such. Neither Dunn’s husband Mark nor the rest of her family knew she had been in contact with the right-to-die nonprofit since early 2007, nor of her plan to commit suicide.

Prosecutor Elizabeth Swank contends that Final Exit Network went to Dunn’s house in Apple Valley, Minnesota, and “guided” her suicide by removing the helium equipment Dunn had used to asphyxiate herself from her house to make it appear she had died of natural causes. Apparently, this method is recommended by the group and is particularly difficult to distinguish from natural causes, according to Swank.

The right-to-die group’s defense attorneys acknowledge Final Exit Network members Jerry Dincin and Dr. Larry Egbert did sit with Dunn prior to her death, but they did not assist with her suicide. Dincin has since died, but Egbert has been given immunity to testify against the group.

According to the nonprofit’s former president Thomas Goodwin, the state’s first witness in the trial, the group has always intended “to push the envelope but stay in the law as [they] knew it.” On the stand, Goodwin discussed the policies that were in place when he was president from 2004 to 2009. Those who were approved for “exit services” had to be on a “dying trajectory” or in a place “when you were suffering more than you could bear.”

Goodwin said, as it appears in the case of Dunn, the individual must obtain the equipment for helium asphyxiation themselves.

Dunn’s husband Mark also testified during the first day of the trial, saying his wife was visibly depressed prior to her suicide and had talked about ending her life. He read a letter she wrote to the right-to-die group back in 2007. In it, she says:

“Have fought the good fight for 10 yr. to try to get better but it is futile and without an exit will be left in some nursing home in unbearable pain for who knows how many years.”

Death with dignity laws were most recently thrust into the spotlight following Brittany Maynard’s very public decision to end her life at 29 after being diagnosed with terminal brain cancer. Her death went on to inspire death with dignity legislation in California, which is still working its way through the legislature.—Shafaq Hasan