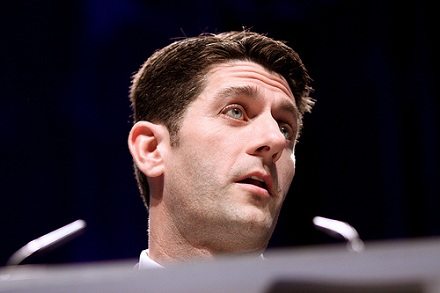 During the course of the recent presidential and vice presidential debates, NPQ has been very critical of both President Barack Obama and former Massachusetts Gov. Mitt Romney, as well as their running mates, for their failure to discuss the condition of more than 46 million Americans living in poverty (which is defined as less than $23,000 a year in income for a family of four). Poverty grips 15 percent of Americans, including more than 20 percent of children under age 18, but the recent debates never tackled this subject. In a campaign appearance at Cleveland State University this week, however, Republican vice presidential candidate Rep. Paul Ryan (Wisc.) did discuss poverty.

Ryan acknowledged, according to the Washington Post, that, “Republicans have not been good at conveying their compassion for the poor and explaining their plans to help the disadvantaged” but said that he and Romney wish to change that dynamic. So what would a government with Ryan in the VP role do to alleviate poverty? Ryan told the Ohio crowd that government anti-poverty work has fostered a “debilitating culture of dependency wrecking families and communities” and that “We’re still trying to measure compassion by how much government spends, not by how many people we help escape from poverty.” Instead of government programs, according to the Washington Post, Ryan suggested a “private charity-based strategy for fighting poverty.”

We would like to hear what NPQ readers think of this anti-poverty approach, as this raises a number of questions, just a few of which we’ll include here. First, if one accepts Ryan’s notion of a “culture of dependency” on government, would Ryan’s anti-poverty proposal reduce that dependency on government or merely transfer it to a culture of dependency on private charity? Practically speaking, in terms of capacity, who can better address poverty: government or private charity? And, perhaps philosophically speaking, who should address poverty? Are the answers to these last two questions one and the same? –Mike Keefe-Feldman