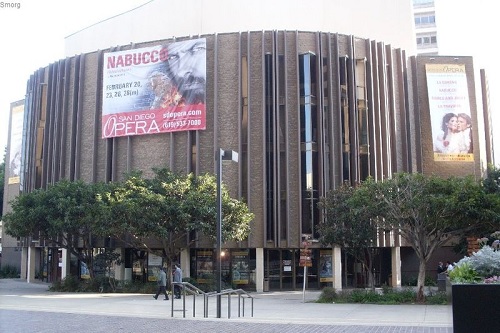 This time last year, the board of the San Diego Opera was in complete disarray, and the well-regarded company seemed on the brink of closing down. But with a refocused board, aggressive cost savings and broad support from the community, the opera company has in recent months been rebuilding its name and reconsidering its relationship with its audiences. Last week, the board made the bold move of appointing David Bennett as its new general manager, signaling, as David Ng of the Los Angeles Times says, “an eagerness to take risks and overhaul its conservative image.”

Bennett, 51, is currently executive director of the Gotham Chamber Opera, where he has been since 2006, and a leading figure in New York’s experimental and avant-garde music scene. He has been an opera singer, and then became managing director of Dance New Amsterdam. Gotham Chamber Opera is known for new and non-mainstream works produced in intimate venues or as site-specific performances, in places like Brooklyn Botanic Garden and the Metropolitan Museum of Art. Bennett expects to forge working relationships with other cultural institutions in San Diego and develop site-specific works that will allow the company to diversify its programming. He will begin his job in San Diego on June 15th.

Commenting on his appointment, Bennett said, “The board had already done the work about what the company should be. The fact that the community has spoken so loudly about the opera staying alive, I saw as an opportunity.”

San Diego Opera’s artistic brand has historically tended toward traditional, large-scale productions—”grand opera”—in the 3,000-seat Civic Theatre. And while the company has produced or co-produced some newer works in recent years, it had essentially continued to court a traditional opera-going crowd and failed to cultivate new audiences or experiment with new venues or shorter works, as other leading opera companies have done. All of this contributed to last year’s organizational crisis.

The company remains committed to grand opera, although Bennett hopes to “energize” those productions. But his appointment is clearly intended to take the San Diego Opera in new directions and ensure the art form continues to be relevant to the community that rallied to save the company. Board president Carol Lazier said, “I think it’s going to excite opera lovers who are ready for something more adventurous.” She also noted, “It’s going to be much more exciting for young people who are looking for an experience and don’t necessarily want to be sitting in the Civic for three hours.”—Eileen Cunniffe

To Build a Public Safety That Protects Black Women and Girls, Money isn’t the Only Resource We Need