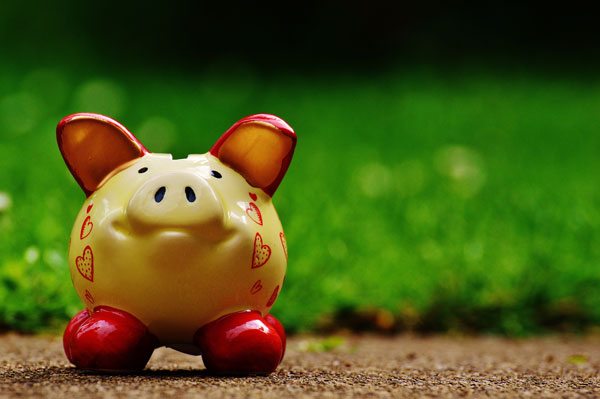 “State and local governments hold around $458 billion in deposits, according to the Federal Reserve Bank of St. Louis, while state and local pensions hold $3.7 trillion in investments,” notes Oscar Perry Abello in Next City. Right now, these deposits are typically at the Big Four banks of JPMorgan Chase, Bank of America, Wells Fargo, and Citi. But that may shift if public bank advocates prevail.

This month, in San Francisco, the city’s Board of Supervisors launched a municipal bank feasibility task force, headed by the City Treasurer, to study launching a public bank. Included on the task force are representatives from community banking, a credit union, the San Francisco Chamber of Commerce, the California State Treasurer’s Office, the Mayor’s Office of Housing and Community Development, and the California Reinvestment Coalition.

The public bank idea, as NPQ has outlined, is for cities and states to own their own banks. This may sound outlandish, but the state of North Dakota has operated its own bank since 1919. Today, that bank has $4.9 billion in deposits and $7.3 billion in assets, while making $4.8 billion in loans. The bank functions as a “banker’s bank,” helping capitalize community-based banks, rather than relying on individual accounts. As a result, “North Dakota has more banks and credit unions per capita than any other state.” The Bank of North Dakota also earns a profit for the state, earning $136 million last year, its thirteenth consecutive year of record profits, the bank says. Abello reports that the bank annually contributes $30–50 million to the state’s general fund.

For San Francisco, Abello writes the city took in last year an “average of $508 million a month in revenues and put out $467 million a month in expenses. But in between, the banks that handle all that cash sometimes used public dollars in ways that, in the opinions of [San Francisco City and County Supervisor Malia] Cohen and others, contradict the reasons why that money is coming and going in the first place.”

“The existing banking and financial structures we’re operating in don’t always mirror our city’s values,” Cohen says. “For example, we had many people opposing the Dakota Access Pipeline. Many of the banks we bank with support the funding of this pipeline.”

Spurred by the fake accounts and related scandals at Wells Fargo, a number of cities—including Portland (Oregon), Philadelphia, Chicago, Seattle, and New York City, to name a few—have pulled their deposits. Certainly, this move makes sense, but moving money from Wells to, say, Bank of America has limited impact.

San Francisco is not the only place to pursue a public bank. Other cities on this path include Oakland, Seattle, Los Angeles, Santa Fe, Washington D.C., and Philadelphia. Abello adds that state efforts are moving forward in New Jersey, where newly inaugurated Governor Phil Murphy campaigned on creating a public bank.

In San Francisco, Cohen envisions that a public bank could help the city invest more in housing, as well as “financing small businesses run by minorities, women, veterans—those who don’t have access to the same level of capital.”

The California Reinvestment Coalition, which has traditionally focused on ensuring that banks reinvest in low-income neighborhoods, is also supporting the public bank effort. Executive director Paulina Gonzalez says that, “There’s a real interest in cities and states to think about what they can do to ensure that there’s a banking model in place that is as able to reinvest tax dollars back into communities.

Abello points out that, “Based on population size—approximately 758,000 in North Dakota and 865,000 in San Francisco—a San Francisco public bank could eventually be as large and financially profitable as North Dakota’s, if not more so, given the city’s overall wealthier population and higher property values.”

Certainly, the public bank idea is gaining steam. But challenges remain. Chief among these is governance. Ellen Hodgson Brown, founder and chair of the Public Banking Institute, emphasizes that a public bank does not mean politicians approving loans. The North Dakota model makes sense, says Hodgson Brown, because the public bank supports local banks and those “local banks deal directly with the customers.” Of course, the concept of arms-length governance is not new. As Abello points out, “Local and state housing finance agencies everywhere already issue tax-exempt bonds to finance affordable housing projects.”

Rebecca Foster, who heads the San Francisco Housing Accelerator Fund, also expressed support for the public bank concept. “If governments like the city or even the state could figure out more effectively how to link the investments of some of their deposits, even a very small portion…to local activities they support, that could be incredibly powerful,” Foster says.

Last November, Abello reports, the city’s Budget & Legislative Analyst’s Office published an analysis of community responsive banking. The study affirmed the city’s legal authority to charter a public bank. The study also found that a public bank could save the city money, such as the $864,000 a year San Francisco pays in fees just for short-term cash management accounts. The study has now also led to the creation of the city’s task force, which just held its first meeting. The task force is scheduled to meet six times between now and August, before issuing recommendations. Legislation, Cohen says, should be expected in the fall.—Steve Dubb