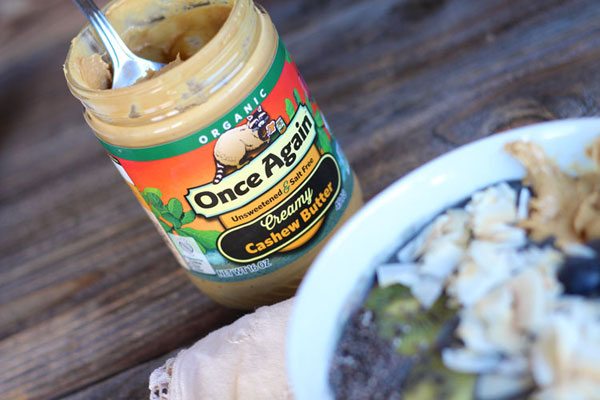 Earlier this week, Senator Kirsten Gillibrand (D-NY) visited Nunda—a small community of 3,000 people located 20 miles due south of Geneseo and a little over 60 miles east-southeast of Buffalo—to meet with 70 or so employee-owners of Once Again Nut Butter, “a maker of nut butters, honey and other natural products.” A 70-employee business may not seem particularly noteworthy, but in a town the size of Nunda, the fact that the company is the town’s single largest private-sector employer perhaps comes as no surprise.

Gillibrand came to Nunda as part of her effort to build support for legislation that would make it easier to create employee-owned companies. Gillibrand has become one of the nation’s leading congressional advocates of employee ownership. Earlier this year, she was among four senators—the other three were Maggie Hassan (D-NH), Bernie Sanders (I-VT), and Patrick Leahy (D-VT)— to coauthor legislation designed to make it easier to create employee-owned businesses.

As Livingston County News reporter Ben Beagle explains, the first of these bills is known as the WORK Act.

[The WORK Act] would provide more than $45 million in funding to states to establish and expand employee ownership centers, which provide training and technical support for programs promoting employee ownership. A second bill would create a U.S. Employee Ownership Bank to provide $500 million in low-interest rate loans and other financial assistance to help workers purchase businesses through an employee stock ownership plan or a worker-owned cooperative.

As Nonprofit Quarterly has pointed out, employee ownership can be an effective strategy for preserving local economies and generating employment without the expense of corporate tax incentive payments, such as the $3 billion the state of Wisconsin recently provided Foxconn to attract a 3,000-person factory to Racine, an amount that works out to $1 million per job. (There is the “potential to grow” to 13,000 jobs, supporters of the tax incentives said.) By contrast, in Ohio, a small technical assistance nonprofit housed at Kent State University has been able to retain 15,000 jobs since 1987 at the cost of less than $1,000 per job. Evidently, preserving the tax base can also help nonprofits be better able to access public funds and serve their communities.

Data compiled by the Oakland-based nonprofit, the National Center for Employee Ownership, show that in the United States there are nearly 7,000 employee-owned companies with over 10.5 million current employees (and a total of 14 million “plan participants,” a number that includes recent employees who have not fully cashed out). The value of employee assets nationally as of 2014 is $1.31 trillion, or about $92,900 per employee-owner.

Once Again provides a compelling story. Once Again was founded in 1976, and it became a 100-percent employee-owned company in 2006. The company is called Once Again because cofounders Jeremy Thaler and Constance Potter had tried once before to create a worker-owned business but only succeeded the second time, when they tried “once again.” The business has grown in the past seven-and-a-half years from 20 employees and $14.5 million in sales to its current level of more than 70 employees and over $50 million in sales.

Once Again is structured as an employee stock ownership plan (ESOP) company, a legal form that uses a company’s contributions to their employees’ retirement plans to finance employee ownership of the company. With an ESOP, employee ownership does not necessarily translate into employee control, because management is legally entitled to select on its own a trustee who is legally obliged to operate the trust in the beneficial interests of the employee-owners. At Once Again, however, management has made a commitment to sharing far more governance with company employees, adopting many features of a worker-owned cooperative, such as empowering employees to have direct representation on the company board and having many decisions made at all-staff meetings. To reinforce company solidarity, the business also has a policy that mandates, as Larry Filipski, the company’s chief financial officer, explains, that “the highest-paid manager at Once Again makes no more than four times the lowest-paid employees.”

“Gillibrand,” Beagle writes, “used her visit to learn what works for Once Again, what employees liked about the company and gather stories to take back to Washington” with about a half-dozen employees sharing their stories. Beagle adds, “Gillibrand said she hopes to introduce several pieces of legislation by the end of the year that offer incentives for employee-ownership and profit-sharing, among other models. The legislation would offer enhanced benefits for companies that introduce these models, she said.”—Steve Dubb