Serious Allegations of Rape Made against Greenpeace India 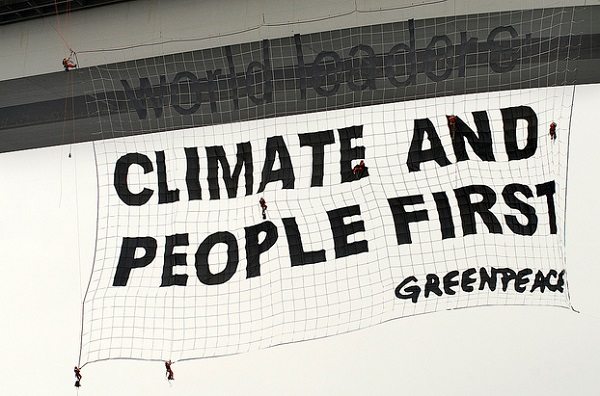 Greenpeace India has this week issued a “public and unconditional apology” over its handling of incidents of sexual harassment and rape of female staff members by male colleagues.

A blog post on the official Greenpeace India site states:

“Over the past three years, a number of complaints of sexual harassment were made by women who worked for Greenpeace India. More recently, an allegation of rape at a private party was made by a former colleague against another Greenpeace India staff member. We are profoundly disturbed that Greenpeace India could be the kind of workplace where this could happen, and we are equally disturbed by inexcusable failures in how these complaints were handled.”

The post reports that a “thorough independent review” has been made of the incidents by the global head office of Greenpeace International. It also states that the two alleged perpetrators of the incidents have been “told to clear their desks and not return.”

The two-page review, dated June 15th, was written by Janet Dalziell, Greenpeace’s Global HR Director. The Amsterdam-based Dalziell admits that she had “not spoken to a wide sample of staff from the office to get a balanced view.” Rather, her conclusion was “based on the anecdotal accounts contained within the complaints.”

The review offers five recommendations, and concludes with Dalziell’s mandate for actions, next steps, and communications:

“It is the responsibility of GP India Board and Management to take further actions in response to the finding and recommendations above. Acting to make it clear that sexual harassment is unacceptable—and to train ALL staff on the meaning of the term, combined with a robust and confidential ICC [Internal Complaint Committee] process will make it easier to adhere to the principles of natural justice in future.”

Probably the most disturbing element of this official review is that it admits that the original complaints were laid sometime before December 2012.

A report in the Times of India provides more background details. These confirm that a woman had initially complained in 2012 of inappropriate actions toward her by a senior. The first incident happened during an official trip. She said, “I got a call from a senior colleague at 11 p.m., asking me to vacate my room and insisting that I sleep in his suite.” She also complained of a second advance made on another occasion by the same colleague.

The woman is reported as saying she was blamed for registering the complaint:

“Once in an official meeting, in my absence, two senior employees indulged in character assassination against me. Even some female colleagues, part of the ICC, made me feel that I was at fault, that I didn’t know how to ‘set boundaries’”

The same woman describes how, after a party during the following year, “a male colleague whom I knew quite well found me unconscious and raped me. You cannot imagine the pain and fear I went through. I was terrified to speak and I knew even if I had, no one in this organization would come to my aid. I did not have the strength to report my rape, neither to the police, nor to my employers. How could I, when the processes had failed me once already?”

Other ex-staffers of Greenpeace India are quoted in the Times of India story, telling very similar stories.

Kavita Krishnan, secretary of the All India Progressive Women’s Association (AIPWA), holds the CEO of Greenpeace India, Samit Aich, directly responsible. It appears that he failed to take action following recommendations made by the ICC and had the committee dismantled.

Readers of the NPQ Newswire will probably be aware that rape and sexual harassment is a very significant public issue in India and yet despite official rhetoric, there seems to be a failure to engage seriously with the reality. It is sad indeed to learn that this appalling failure has extended to one of the country’s leading NGOs.—John Godfrey