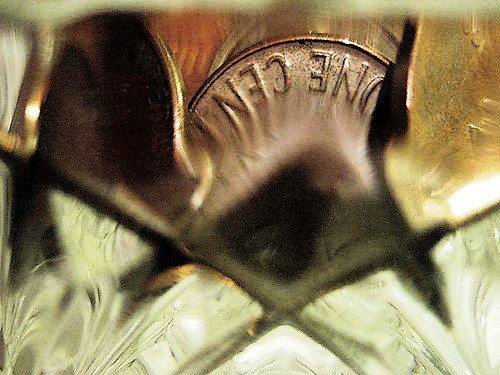 The United Nations 2008 Convention of the Rights of Persons with Disabilities helped push inclusion-focused, community-based services trends for people with disabilities across the globe. For instance, the framework of a nationwide “work ability reform” initiative in Estonia made businesses eligible to receive government support in hiring people with disabilities. A nonprofit organization called the Social Adjustment Support Centre (Sotsiaalse Kohanemise Tugikeskus MTÜ) welcomed such government funding and established a woodworking center in Ida-Viru County. According to ERR News, the center “received nearly €300,000 in aid from the Estonian Unemployment Insurance Fund (EUIF) for the employment of people with disabilities. Now, the Estonian Labour Inspectorate “is investigating allegations of working conditions and work contracts allegedly not meeting standards.”

How did this happen? After all, the grounds for the funding appeared substantiated. The monies went towards job creation support for over 116 people, employment services support, and “an additional €21,780 in support for people with reduced capacity for work working together with a support person.” Sounds great, right? Well, apparently it isn’t.

According to Ida-Viru County Chamber of Disabled People director Kaia Kaldvee, she is frequently contacted by county associations for people with disabilities regarding complaints from people who have been employed by the nonprofit. “We have come to understand that work conditions there do not meet required standards and that employment contracts are harmful to people,” she said. “They practically don’t get paid there. This nonprofit cannot be regarded as a serious employer to whom to send people with special needs as either trainees or employees.”

The ERR News article does not provide too many details. Yet, it suggests that the Estonian center gave government officials the impression of a “sheltered workshop” of the sort where most of the employees have disabilities and are paid subminimum wages. As NPQ has discussed previously, the payment of subminimum wage is allowed in the United States with a special waiver, but the model is becoming increasingly controversial. Parent advocates and disability rights groups have sometimes disagreed on the need for such programs, and U.S. nonprofits are increasingly pressured to find alternative ways to provide inclusive employment services. Yet, these alternatives must be created despite cuts to community-based funding that could foster innovative solutions for people with disabilities who want to participate in the workforce.

In the U.S., advocates recently traveled to Washington, D.C., in large numbers to protest the American Health Care Act’s provisions that would result in $800 billion in cuts to federal Medicaid funding over the next 10 years. Indeed, funding cuts to vital Medicaid programs designed to support the growing population of people with long-term disabilities continue across the board. These include cuts to the home and community based services (HCBS) waiver, the foundation for community-based services that include employment readiness and supported employment programs. These programs are meant to initiate steps towards the possibility of fully integrated workforce participation for people with disabilities. Disability Scoop reminds us how the administration’s proposed FY 2018 budget claims to “encourage individuals dependent on the government to return to the workforce.” Meanwhile, the spending plan would, in reality, put such safety-net programs “on the chopping block while bolstering defense.”

While ERR News brought a situation in Estonia to light, we should realize that de-institutionalization and associated community and workforce integration trends are on the uptick throughout the world. While we have witnessed similar such trends over the past years in the United States, Europeans are supposedly as skeptical about the way things are being implemented as we are. For instance, self-proclaimed social democracies like Germany have taken pride in supporting programs that protect the rights of vulnerable populations that include people with disabilities in the workforce and the broader community. Yet, Deutsch Welle reports that many Germans are in an uproar about recent laws that have been passed “to reorganize disability benefits in a way that aids self-determination.” This is in an effort to underscore the reorganizing plan in the UN 2008 Convention of the Rights of Persons with Disabilities. However, according to Ottmar-Miles-Paul, a spokesman for a website regarding Germany’s Federal Participation Law (teilhabegesetz.org), “The law still gives the administration the chance to say: You are too expensive and we would rather you move into an institution…that has nothing to do with what the UN Convention says.”

So, the issue of supporting inclusion and providing people of all abilities with equal access to workforce participation is a growing challenge everywhere. It makes many of us ponder articles like the one in ERR News, which proves that other countries grapple with similar problems. We are left to wonder whether the Estonian situation was indeed disheartening intentional fraudulence, or merely good intentions thrown off course from superimposed expectations.—Noreen Ohlrich