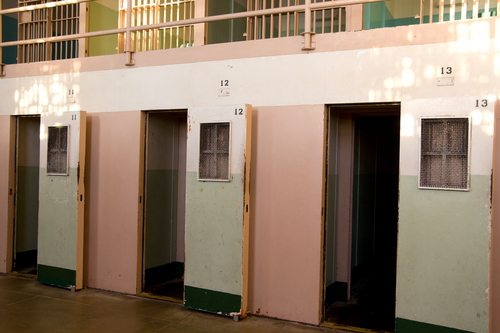 Midway through the new documentary “Alone: Teens in Solitary Confinement,” Ismael Nazario, now a 25-year-old caseworker at the nonprofit Fortune Society in New York City, recalls the effect of his time in solitary confinement beginning at the age of 16 in the New York City jail on Rikers Island.

“Being in the box took a toll on me mentally,” he explains. “Only because, I’m like, I’m a teenager, I shouldn’t have to be dealing with all of this. I’m a kid!”

Even with the hopeful sign that solitary confinement for people under the age of 18 is now banned in New York State, overall the film leaves the viewer with a sense of concern for the thousands of teenagers held in solitary confinement in the U.S. every day and frustration with what the UN’s special rapporteur on torture Juan Mendez describes as a “chaos of information” surrounding the exact conditions they are experiencing in the U.S.

According to the film, half of all teens at Rikers have some form of diagnosed mental illness, and for the youth population in solitary confinement “that number jumps to 75 percent.” Cohen also adds that the American Academy of Adolescent and Child Psychiatry has recommended against use of the practice. For international perspective on this national problem, the film includes a clip of Mendez, who explains that the UN regards solitary confinement for children as a form of torture.

For a glaring contrast to the situation at Rikers, the film goes across the country to Santa Cruz County Juvenile Hall, a facility the film presents as a national model, where CIR had five days to shoot without escorts and with open access to anyone. Sara Ryan, superintendent at Santa Cruz, speaks candidly in the film about one young man who she and her staff decided to put in isolation twice. “He could have been there for up to thirty days; we were struggling with him.” Sharing her guiding philosophy for case management, Ryan says, “The goal is always to get the youth back into the full program and so how can we do that and how can we do it safely?” Instead of an extended 30-day stay in solitary, in this situation Ryan followed the recommendation of her staff to give him access to his guitar, which ultimately helped to change his behavior and reduced his time in solitary to only a few days.

The fact that CIR encountered considerable resistance gathering information for this investigative piece makes the organization’s decision to disseminate the information in a variety of forms—including not just this documentary, but also a blog post, a graphic novel and even an animated film—all the more striking. Still, as a mixed sign for where things are with this issue at present, the film notes that while Attorney General Eric Holder has condemned the practice of solitary confinement as cruel and unusual punishment, there is still no federal law prohibiting the practice.—Anne Eigeman