Signs of a New Era for Catholic Schools: An Era of Serving Those in Most Need 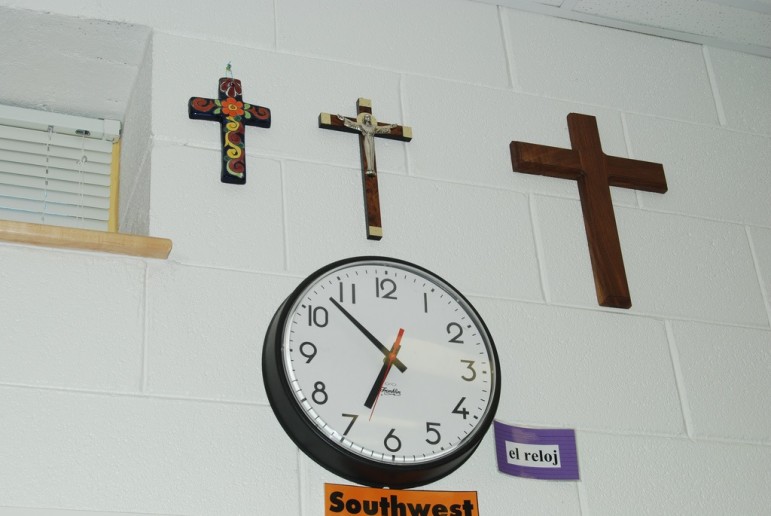 Along with his strong stance on climate change, Pope Francis has also been upfront about his view that in order to remain viable, Catholic schools need to remain affordable. Reporting on an event in Rome last month, U.S. News and World Report cites Brother Robert Bimonte, president of the National Catholic Educational Association, who highlighted the pope’s central message that Catholic schools not become elitist.

“They can’t just be schools for those who can afford them,” Bimonte recalled the pope saying. Echoing the pope’s special focus on the poor, he added, “He reminded us of our need to reach out to the poor and those at the margins.”

A few national indicators, including a recent study on giving trends, suggest that at least in the U.S., Catholic schools could be headed toward a more robust period that would support this goal. Like all independent schools, the cost of tuition for families has remained a challenge for Catholic schools. Citing a 2014 Georgetown University study, U.S. News & World Report notes that 53 percent of Catholic parents identify tuition costs as “somewhat” or “very much” a problem when making enrollment decisions.

In spite of the ongoing challenges of tuition at Catholic schools for families nationwide, a recent Philanthropy Roundtable report entitled “Catholic School Renaissance” presents the possibility that Catholic schools might be headed toward a resurgence. The report affirms that even amidst the recent recession “donors never gave up on Catholic schools” and that new management approaches both inside and outside of the classroom “leave Catholic schools in their best position for future success in more than 50 years.”

Escuela de Guadalupe, a dual-language school founded in Denver in 1999 with a mission to be financially accessible, is experiencing the type of growth that may be part of this larger trend. With tuition set at $8,300, the school asks families to pay what they can and then provides $750,000 in additional financial support in the form of scholarships directly to students. A recent expansion to a larger facility will enable the school to nearly double its enrollment and it is more than halfway to its $4 million capital campaign goal that it announced last year, which includes money for student scholarships.

Commenting on the specific situation at the school, Michelle Wagner, director of development, said in an email, “I think fundraising for schools can be difficult because typically your parents who already pay tuition are some of your major donors,” noting that at her school, “that isn’t the case.” With what she calls a “diverse donor pool,” she emphasized that their “number one goal is to raise scholarship dollars.”—Anne Eigeman