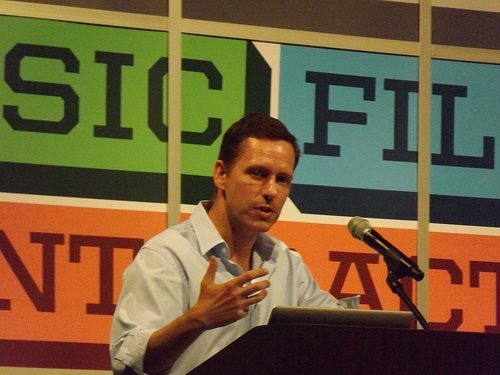 Peter Thiel, the founder of PayPal and the original angel investor to Facebook, has been getting more attention lately from his work with the Thiel Foundation than his work in advancing Silicon Valley, and that is because of his new fellowship program. The 20 Under 20 Thiel Fellowship “asks potentially college-bound teens and undergraduates to reconsider higher education and drop out—at least for a time—to learn by doing, especially by forming companies with a change-the-world objective,” according to a recent Wall Street Journal interview .

The program has caused a stir and created a growing list of critics who believe that Thiel’s comments about education are off base. Vivek Wadhwa , a vocal critic of the fellowship, states, “ The message Thiel is sending to the world with his fellowship, which rewards students for dropping out of school, is wrong. The best path to success is not to drop out of college; it is to complete it.” Harsher still, Shamus Khan, a Columbia University sociologist called the fellowship and Thiel’s attitude toward collegiate education “an act of total self-indulgence.”

Thiel is unfazed by the criticism:

“I’m not saying everyone should drop out of school and do something different. But there’s something terribly strange about a society where we think all the talented people should go to the same top schools do the exact same things, and end up with tracked careers on Wall Street or in other narrow fields.”

As the first class of Thiel Fellow ends its first year, many are looking to see the program’s early successes. According to an article by Inc. Magazine, there are some promising returns; among the Thiel Fellows is Paul Gu, who cofounded the web company Upstart, which lets people raise money on the return of a percentage of their future income. Gu’s effort has raised nearly $8M from venture capital firms thus far and, continues to gain momentum.

Efforts like these inspire Thiel to move forward with the program. He states, “There is a sort of failure of the imagination there about how there can be alternatives. We also cannot evaluate and judge this program in one or two years. Startups take about seven to 10 years to achieve liquidity events. And as many educators will tell you, the major benefits of a college education don’t fully kick in for about 20 years.”—John Brothers