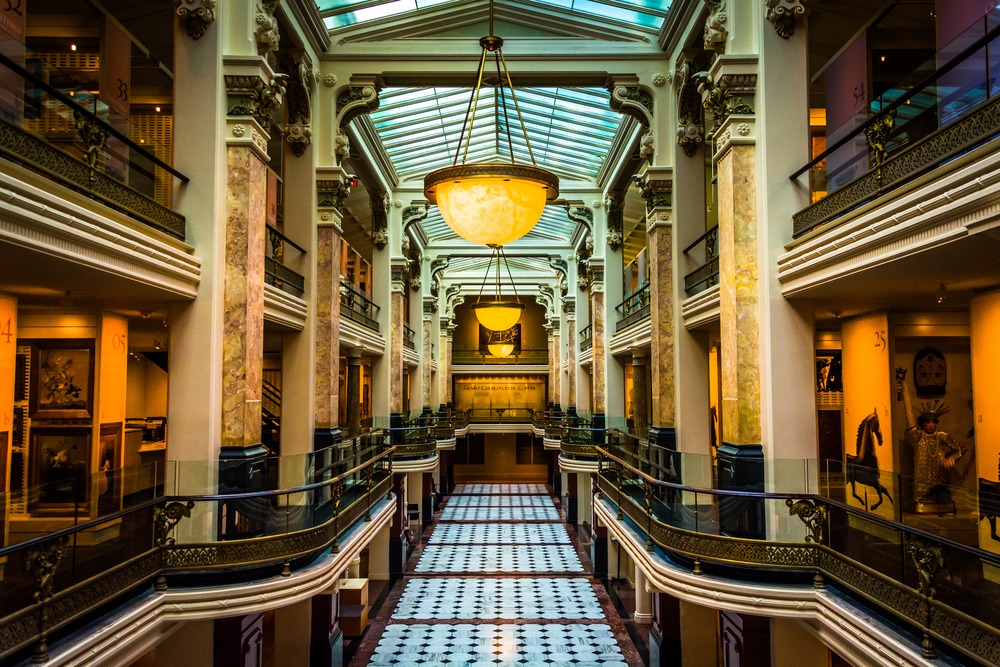 For the past several months and in lawsuits extending back several years, Bill Cosby has been scrutinized and accused by several women for inappropriate sexual conduct, with allegations ranging back to the 1960s. Last week, the Associated Press ran a story indicating Cosby had admitted in a previous lawsuit that he had bought powerful sedatives on women he wanted to sleep with. The fallout from the article has been evident, from Cosby’s former friends and colleagues withdrawing previous statements of support to Disney World’s removal of a sculpture of Cosby from the park. However, the Smithsonian has stayed resolute in its decision to maintain an exhibit at the National Mall in Washington D.C. composed of items from Cosby’s personal art collection.

“First and fundamentally, this is an art exhibit,” said Richard Kurin, the Smithsonian’s undersecretary for art, history and culture to the Associated Press. “So it’s not about the life and career of Bill Cosby. It’s about the artists.”

“We certainly don’t condone his behavior,” Kurin said. “We’re just as deeply disturbed and disappointed as I think everybody else. But it’s not about Mr. Cosby. This is an art exhibit.”

The majority of the exhibit comprises works not viewable by the public prior to the showing. The collection includes paintings by former slaves as well as pieces that are personal to the Cosbys, such as art by Cosby’s daughter and quilts made in honor of Cosby and his late son, Ennis. Cosby’s collection of African American art made up about a third of the Smithsonian’s National Museum of African Art’s 50th anniversary exhibition.

But the controversy over the exhibit extends beyond the timeline of Cosby’s resurfacing assault allegations. Concerns were first raised when the exhibit premiered, as Camille Cosby, the comedian’s wife, sits on the museum’s board and was instrumental in the discussions surrounding the loan to the museum. The Cosbys also funded the entire exhibition with a $716,000 check covering almost the entire cost. According to the Star Tribune, the museum industry dictates that the funding sources of an exhibit must be made available to the public, which the Smithsonian did not do at the time of the exhibit opened, either to the press directly or via its informational material on the exhibit.

“It just raises a little eyebrow that a trustee of a museum is lending [her] own collection, funding part of the exhibition and the exhibition is highlighting works…by less well known artists whose work is considered by some to be undervalued,” said Noah Kupferman, an art market expert. “Repositioning these artists’ works as suddenly important could have significant positive effect on their economic value.”

Others museum scholars and experts have come out in support of the Smithsonian’s decision, saying that removing the exhibit might set an unwelcome precedent encroaching on museums’ curatorial agency.

“You’d be sort of stomping all over the curatorial integrity of what you’ve put up,” said Jack Rasmussen, director of the American University Museum. “I think if museums had to investigate the morals of every lender, that would be kind of a new and very difficult situation. Really, it’s about the art.”—Shafaq Hasan