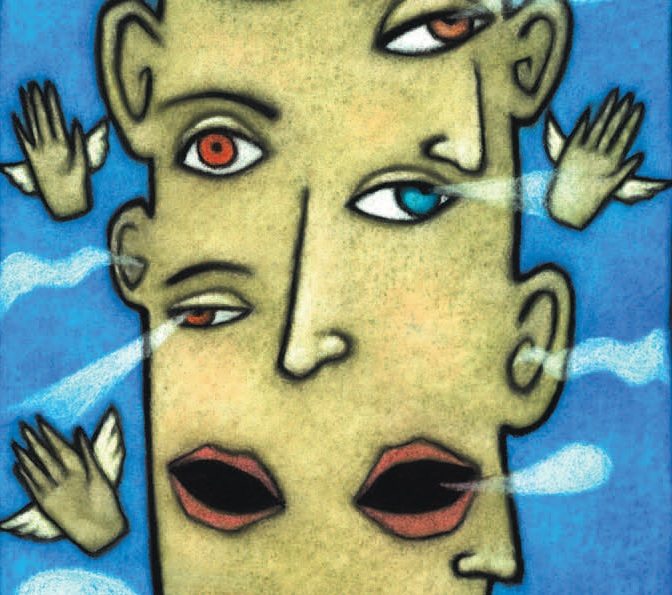 Whether you are asking people to read to their children, buckle their seatbelt, begin a backyard compost pile, give up smoking, or simply donate money or time, you are asking them to change their behavior—this is the real challenge of nonprofit public relations. Social marketing can be one of the most effective approaches to fostering sustainable positive behavior change, but it is a difficult and intensive process. Even if you’ve done your research and you think you have all your ducks in a row, external factors can turn a social marketing campaign on its end.

Following are some tips from those that have succeeded using different methods—visibility and enforcement; education; and humor—and one example of a failed campaign.

The National Safety Council’s Click It or Ticket Mobilization campaign increased adult seatbelt use from 61% when the campaign began in 1996 to 79% in 2003 and child restraint use from 85% to 99% during the same period.

The campaign is based on the Special Traffic Enforcement Program (STEP) model, which combines periodic waves of stepped-up enforcement of seat belt and child passenger safety laws with aggressive publicity highlighting the enforcement.

During high-visibility waves, law enforcement agencies from multiple jurisdictions designate several concentrated periods throughout the year to conduct intensive enforcement of seat belt and child passenger safety laws on a statewide or regional basis. They conduct observational surveys measuring seat belt and child restraint before and after each wave to gauge the effectiveness of the efforts.

Stepped-up enforcement activities, including seat belt checkpoints where all vehicles are stopped; saturation patrols where an increased number of enforcement officers work in a concentrated area; and fixed patrols of a specific location or intersection, send a straightforward message that not buckling up has consequences.

News coverage plays a vital role in high-visibility enforcement. The media can put a picture of a checkpoint on every television and in every newspaper, and broadcast announcements via the radio. Statistics show that the “possibility” of receiving a ticket can be just as effective as an actual ticket in motivating people to buckle up.

Beginning with a mass media campaign, designed and coordinated by media experts working on a pro bono basis, Stop It Now! Philadelphia has generated visibility throughout the city using posters, billboards, and events to reach out to abusers, people at risk for abusing, and their friends and families. These messages:

Increase public awareness that child sexual abuse is a preventable problem, and encourage adults to take action to prevent abuse to a child before the child is harmed.

Challenge abusers and people at risk for abusing to seek help and be accountable for their behavior.

Equip family members and friends with the tools and skills to recognize signs of inappropriate behavior.

Encourage the whole city of Philadelphia to be involved in the prevention of child sexual abuse by educating themselves about the warning signs for sexually abusive behavior and signs in children who may be abused.

The media campaign is linked to a toll-free helpline and community-based programs that help adults understand what options and resources are available to them. Adults can access this information through the helpline, brochures, and community events. Most find these materials extremely helpful, especially in situations where there is no evidence of child sexual abuse, but some behavior in a child, adolescent, or another adult is of concern to them.

Stop It Now! Philadelphia’s goals were to raise awareness of child sexual abuse and to incite adults to prevent abuse. One of the downfalls of social marketing is that it is often difficult to measure behavior change. Raising awareness can be tracked through surveying, but prevention is not something easily evaluated. The program was able to capture over 900 media messages referring to the campaign, or the key messages of the campaign and measured awareness increase through its partner organizations and relationships in the community. But it was unable to project that awareness into known prevention results.

The Chesapeake Bay Program, a subsidiary of the U.S. Environmental Protection Agency dedicated to preserving, protecting, and promoting the Chesapeake Bay, conducted an off-beat campaign, “Save the Crabs…Then Eat ’Em,” in the spring of 2005. The campaign was aimed at getting Metro-Washington DC area residents to reduce their use of lawn fertilizer in the springtime. The message: Fertilizer runs off into the bay, affecting the shellfish population.

But instead of drilling the point of saving the planet, the humorous campaign focuses on the crab as one of the favorite treats of the area. The program’s founders feel that if they catch the audience’s attention with humor, they have won half the battle in getting them to change their behavior. The advertising firm hired to conduct the campaign first used surveys of the public to find a strategy to reach people and incite change. The campaign does not preach at people, but involves them by making them think about their lunch.

One television ad begins with water disappearing into a storm drain as a voice warns that fertilizer put on lawns in the spring can wind up in the bay. A blue crab lies lifeless in the surf. “No crab should die like this,” the solemn announcer says. Then the announcer appears on-screen, carrying a small tub in one hand and what appears to be backfin lump in the other. “They should perish in some hot, tasty melted butter!” he exclaims.

In the past, the Bay Program has not been so edgy, and has had limited success. In fact, its usual outreach includes sending news releases on algae blooms and sewage plants. This has induced people to worry about the bay—one recent survey showed that about 90 percent of people in the watershed were concerned about the bay’s health—but has not persuaded them to do something about it.

By using the off-beat, edgy humor, the campaign grew legs. It was featured in news stories, and spread through second-, third-, and fourth-hand messengers. People were talking about the campaign long beyond the life of the paid advertisements.

The results of this campaign were very good. By implementing pre- and post-testing activities, including surveying of target audiences and a control group not exposed to the campaign. The campaign showed high levels of awareness of the campaign, the Bay Program, and the risks of fertilizer use—72% of surveyed audiences recalled specific key phrases. There was a behavior change as well. In post-campaign surveys, audiences were asked questions regarding their fertilizer use. The surveys showed a 5% lower intended use of fertilizer in those that had been exposed to the campaign than those who had not.

In developing the “Save the Crabs . . . Then Eat ’Em” campaign,” the Bay Program turned away from previous methodology, remembering that insiders with the Program were not their target audience. They needed to develop messages that appealed to those that didn’t care about the environmental effects until those effects reached them.

DARE was labeled as a model for drug prevention programs, and it became easy to sign on to the program as a gesture of support for the war on drugs. Conversely, opposing DARE meant a lack of commitment to serious drug abuse prevention.

Soon after Los Angeles instituted the curriculum, schools across the country adopted the DARE program, which is now taught in more than 75 percent of the nation’s school districts. Throughout the late 1980s and early 1990s, DARE reaped the benefits of the Drug-Free Schools and Communities Act (DFSCA) of 1986, which provided the program with hundreds of millions of dollars each year. Local officials signed onto the program blindly and allowed the standardized program to be implemented across the board—with no regard for local community concerns or needs (without even looking at whether or not drug use was a problem in that community).

Recent research has consistently found the DARE program to have little or no effect on drug use among those who have completed its curriculum. Some evidence even suggests that the program may have actually increased drug use among some youth, by inadvertently exposing them to the allure of drugs. (See “Why Programs Get Replicated” by Peter Frumkin and David Reingold in the Fall 2004 issue, or the full text article , “Evaluation Research and Institutional Pressures: Challenges in Public-Nonprofit Contracting” Hauser Center for Nonprofit Organizations Working Paper No. 23)

While there have been a few high-profile cases of police departments and school districts pulling their support, the vast majority have continued.

Social marketing is a difficult venture. A well thought-out campaign does not always a mean successful one. But using social marketing techniques to change behavior can also yield extraordinary rewards—well beyond those of the traditional marketing campaign. So before you embark on your next campaign, think through your goals—do you want your audience to change their behavior in some way—and what techniques might accomplish those goals? Social marketing may be part of the mix. Research what similar organizations and campaigns have done. Each issue needs to be approached differently, even in similiar situations, but much can be gained from examining what worked and what didn’t. Below are several resources to help you get started.

Academy for Educational Development. AED is a nonprofit organization established to aid partner organizations in solving social problems across the globe. They’ve used social marketing techniques in many campaigns, including assisting with the “Save the Crabs . . . Then Eat ’Em” campaign.

Community-Based Social Marketing. This site consists of six resources: an online guide which provides valuable information on the use of community-based social marketing to design and evaluate programs to foster sustainable behavior; searchable databases of articles, cases, graphics, and downloadable reports on fostering sustainable behavior, and discussion forums for sharing information and asking questions of others.

Christine Durand is the communications and marketing manager at the Minnesota Council of Nonprofit Organizations.