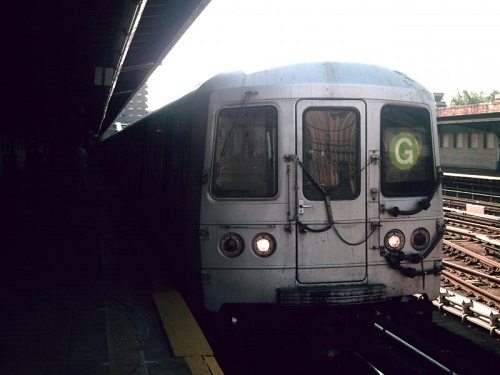 If you’re catching the G Train from Brooklyn into Manhattan at Bergen Station, one of the more highly trafficked subway stops in New York City, you might notice a cup dispenser located in a very unique place: next to a drainage pipe. The water from the drainage pipe is free to anyone who is willing to take a drink of the water that drips from the pipe, although no one has seen anyone take advantage. This approach is part of an innovative marketing campaign developed by the advertising agency DDB New York on behalf of their pro-bono client, Water for Life. According to DDB NY creative officer Matt Eastwood, “We were looking for places where water outlets were pumped out into the streetscape.”

Advertising that causes one to stop and consider something that has become a commonplace part of the landscape of life is a well-used part of nonprofit marketing, but this New York Times article links it somehow directly to fundraising and the need for nonprofits to distinguish themselves in the din of increased asks. That’s misdirection; this kind of social advertising is old hat for this sector, meant as it is to change your understanding or view of things. But each time an ad hits us in a noteworthy and provocative way, we feel it as new. And, as referenced by Eastwood above, the placement of such ads can be as artful as the ad itself in making use of the environment.

NPQ has written numerous articles on the topic of provocative advertising for social change, as you can see here and here. Some of the campaigns, predictably, ran into problems—even causing a kind of backlash, as we described here and here—but even when they cause a measure of disgust, that does not mean that the message did not get through, or will not get through with sustained effort. What kinds of campaigns of this type are you involved in? We would love to hear. —John Brothers and Ruth McCambridge