Some Nonprofits Keep Donald Sterling’s Money, Others Send It Back 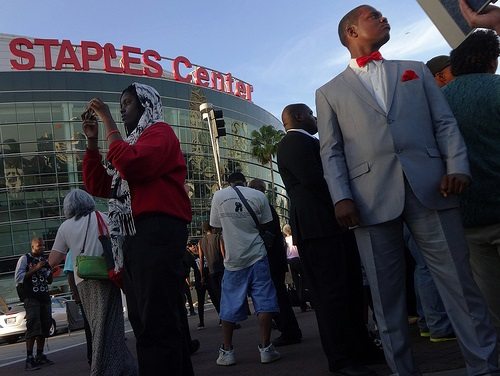 Participants of the Donald Sterling protest next to Staples Center, Los Angeles

“Here’s the moral dilemma…you’re a charity and a really bad guy, a.k.a. Donald Sterling, has given you a ton of money. Do you now give it back?”

That’s the question asked at celebrity website TMZ this week in the wake of the scandal over the L.A. Clippers owner’s taped comments. Those comments got him banned from pro basketball for life and earned him universal disdain.

If that’s not a question nonprofit leaders have asked themselves and debated all over America since the robber barons practiced philanthropy over a hundred years ago, nothing is. The sad truth is that some of the financial support charities receive comes from individuals who are less than honorable in all aspects of their lives, or from wealth created in ways that many people might find offensive or which conflicts with the very values and missions of the charities being supported.

TMZ canvassed some of the recipients of Sterling’s philanthropy. Some feel that it’s “dirty money,” while others say “a buck’s a buck.” Among the nonprofits surveyed:

TMZ previously reported that Sterling pledged $3 million to UCLA for kidney research, giving $425,000 up front. The university is returning the up-front funding and refusing to accept the rest. L.A.’s Simon Wiesenthal Center’s Museum of Tolerance, posted a statement on its website that it was “shocked” and that “There is no place in America for such bigoted comments.” The center will take no further money from Sterling, but it’s keeping the $30,000 it has received, saying the money’s already been spent.—Larry Kaplan