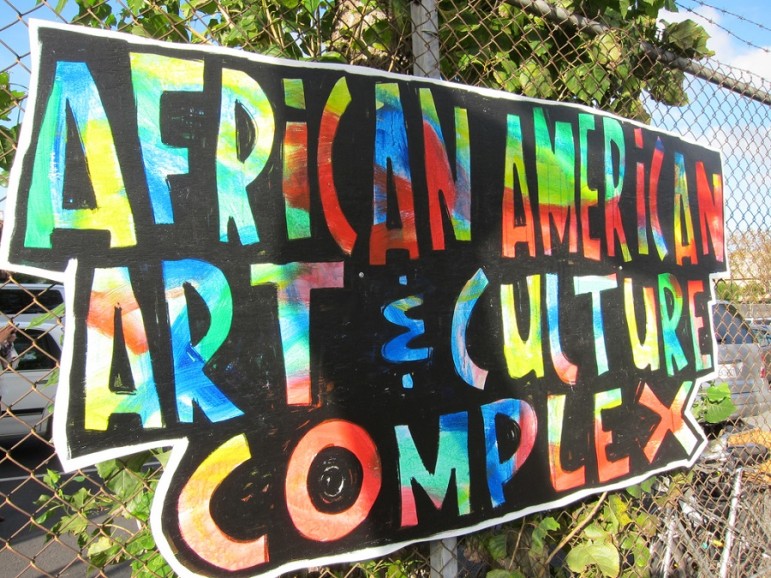 Behind closed doors, many nonprofit arts organizations struggle these days to make payroll and to find new ways to fulfill their missions and serve their communities. But when the stakeholders of an arts group start pointing fingers and questioning leadership decisions—publicly—it’s hard to keep those doors closed. In San Francisco, a call last week for the dismissal of the executive director of the African American Art and Culture Complex has created a firestorm, adding a public relations challenge to already-existing tensions around mission and finances.

Executive director Mohammed Soriano-Bilal, who has been a participant in the center’s programs since he was 11 years old and was hired as its leader in 2014, last week was called out publicly by a group led by Sherri Young, founder and director of the African-American Shakespeare Company, one of the resident companies at the Complex. According to Young, “He’s missed payroll twice, and that’s never happened before.” She also said, “There’s been excessive spending, and he’s started hiring a lot of people.” It’s hard to tell from the organization’s website how many staff members are employed—five are listed, but two are identified as “former” in their titles.

Critics of Soriano-Bilal also say that they have been told they will have less rehearsal time in the Complex’s 203-seat theater and other spaces, because the executive director is trying to bring additional groups into the building. According to Young, “Everybody in the building fears retaliation because they could have dates taken away on the calendar or lose their office space.” According to Soriano-Bilal, the current resident companies may need to make some adjustments to allow additional shows, concerts, and exhibitions into the building to help cover the center’s growing expenses.

The financial situation seems to have been compounded by the African American Art and Culture Complex Complex’s relationship with city government: As noted by San Francisco Chronicle reporter John Wildermuth, the city owns the building where the Complex is located and city agencies last year provided more than 75 percent of the center’s $1 million budget, including $521,477 from the San Francisco Arts Commission. This year, the commission changed its payment policy from monthly to quarterly, which Soriano-Bilal says is the reason paychecks were late both in September and October, and why unpaid bills led to a stack of dunning notices over the summer.

But shaky finances represent only one aspect of Soriano-Bilal’s troubled tenure at the helm of the complex. A thornier issue relates to the center’s mission, and how its various stakeholders interpret that mission. According to the organization’s website:

The African American Art and Culture Complex (AAACC) is a community based, 501(c)(3) arts and cultural organization. Our mission is to empower our community through Afro-centric artistic and cultural expression, mediums, education and programming.

We are dedicated to inspiring children and youth to serve as agents of change, cultivating their leadership skills and fostering a commitment to community service and activism. In addition, we encourage, support and promote the work of young, aspiring Bay Area artists. We also strive to develop partnerships with organizations that are similarly committed to our mission, and offer our space to the community for special events.

Last February, Soriano-Bilal brought a photography exhibition to the center featuring the work of acclaimed photojournalist Jeffrey Blankfort, who is white but is known for his 1960s work documenting Black Panthers rallies and protests. In March, he brought in an exhibition featuring work by Afro-Cuban artist Pablo Soto Campoamor, accompanied by discussions of Afro-Cuban culture. Some constituents felt these programs were moving the organization away from its mission and toward a more “multicultural center,” and Soriano-Bilal said that during the Afro Cuban exhibition, he received letters complaining that, “Latinos are taking over the building.”

Wildermuth, who covers city hall for the Chronicle, no doubt is interested in the story because of the city’s investment in the Complex. On November 17th, he reported on Young’s call for Soriano-Bilal to be removed from his leadership role and on the financial challenges faced by the organization. He noted that the board of directors would be meeting on November 18th, and that the first part of its meeting would be open to the public. But when he showed up for that meeting, he was turned away, although non-press members from the community were admitted.

Board member Rev. Arnold Townsend explained, “We wanted to meet with the community and didn’t want (their comments) spread around.” Rev. Amos Brown, president of the city’s NAACP and a former San Francisco supervisor, said, “I was told this was a family meeting,” and added, “My appeal is that we don’t have a public skunk fight, but sit down at the table and reason together.”

It’s hard to know how much of the public squabbling to attribute to the finances and how much to more sensitive questions about mission and racial identity. Soriano-Bilal said last week that perhaps he “hasn’t spent enough time in the community, sharing his vision of the center’s future,” according to Wildermuth. It’s also hard not to wonder where the board of directors has been in recent months as the bills piled up and as the tensions mounted around their newly appointed leader. They’ve entered the fray now, but with provocative phrases like “fears [of] retaliation” and “excessive spending” already in the public conversation, they’ve got major problems to manage. (They might begin by heeding the lessons highlighted in NPQ’s recent webinar about the evolving role of stakeholders in nonprofit governance.)

After the November 18th meeting, board members allowed that the issues have not been resolved, and that another board meeting will be held after Thanksgiving. Wildermuth noted that both the Arts Commission and the city government are watching with interest from the sidelines—for now—but might step in if the situation doesn’t improve. NPQ will continue to follow this story.—Eileen Cunniffe