A Story of Nonprofit Founder Culture, or Why We Need Good Boards 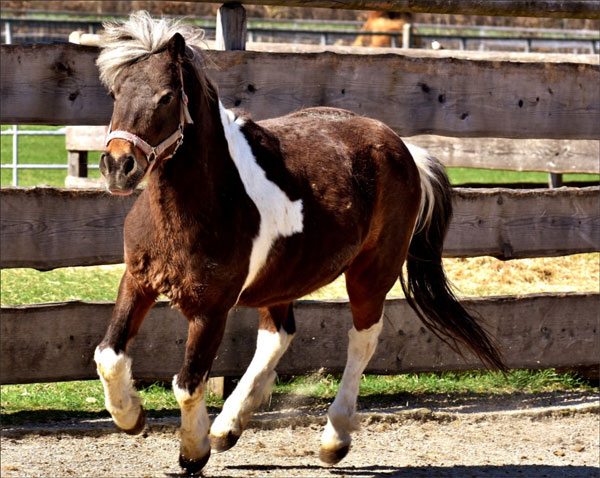 There is no doubt that the startup culture of some nonprofits mimics in large part the personality of the founder. Sometimes, when not tempered by accountability to a board or systems, that can be a serious, even extreme problem.

The animal rights community of California is torn over whether HiCaliber Horse Rescue is a murderous sham operation that capitalizes on human sympathies for sick animals, or a devoted rescue operation prone to extreme measures in the name of their cause—less attentive to paperwork than is ideal, perhaps, but now targets of a witch hunt.

HiCaliber buys horses in peril at auction, rehabilitates them, and sells them or finds a family to adopt them. The organization and its founder, Michelle Knuttila, face a list of accusations. The most serious is that she euthanizes horses who could have been healed to save her organization the hassle and expense of nursing them back to health. If it is true, this is an issue of animal cruelty and of donor fraud, since HiCaliber raises money by posting videos and photos of horses they’re ostensibly trying to save on Facebook.

Knuttila says that she only puts down horses whose pain cannot be alleviated. “Euthanasia is still rescue,” she told inewsource. She told the San Diego Tribune, “If it’s going to cost $25,000 to save one horse, we feel that that money is better spent saving 20 horses.”

HiCaliber also faces a number of less dramatic violations: of failing to have a permit for the number of horses on its property, of violating fire codes in part due to large piles of horse manure, of failing to file the proper tax forms in a timely manner or to present any kind of financial report to the board, and potentially of practicing veterinary medicine without a license.

Daniel Grove, who served on HiCaliber’s board for two years, said, “I never saw any account statements, a checkbook, nothing. And nothing was presented formally to the board. I guess I should have pressed harder for it, but it was not something that I was involved with.” (Here, we would remind you that Jeanne Bell told us, “Boards of directors charged as stewards of an organization have to be fundamentally knowledgeable about and actively engaged in the business models of the organizations they govern.” There should be no board members who don’t notice they haven’t seen financial reports for a couple of years.)

Rhiannon Huppert, a veterinary assistant who runs a private homestead facility, adopted horses from HiCaliber for two years. She said of the staff, “They didn’t have much horse knowledge, but they had a lot of heart.” Huppert stopped adopting after she witnessed what she described as “shady deals” at auctions and “‘a lot of lies and deceit’ regarding fundraising practices, including fake backstories and donations that weren’t going toward animal care.” Board members who stayed silent before are now distancing themselves quickly from HiCaliber, which seems to indicate that prior due diligence may not have been thoroughly exercised. Miles Dunbar told inewsource that he spoke up “to cover my ass, basically, for lack of a better term.”

Alyson Rosman, a former volunteer, said, “It hurts so bad to see these horses hurting…euthanized for being behavioral…We bottlenecked because [Knutilla] needs the money, because [of her] need to live here, rent-free, utilities paid for…It’s gotta stop.”

Knuttila’s way of dealing with the public is not helping her organization. She talks as though she views horse rescue competitively; she says HiCaliber “sweep[s] all [their] numbers,” that her success has angered others in the field. She said of her critics, “I’m saving more horses than half of these people combined.” She posts angry, profane tirades and videos of herself cooking and eating horse testicles in her kitchen. (This is particularly concerning since one of the accusations leveled against her has to do with some horse parts gone missing; she says she donates horse organs to UC Davis, but a university spokesperson emailed the county saying, “There is no one who has any knowledge or association with receiving eyes from this or any other rescue.”) She told inewsource it’s her right “to do what I want to do with my horses.”

While her organization’s reputation is disintegrating, she isn’t reaching out to allies for support, but rather railing against a “witch hunt” and further enraging her detractors. She says the only reason that 10 government agencies are now investigating her is “they’re getting harassed.”

Knuttila may be correct when she says that her organization has “already been hung in the eyes of the public.” The evidence mounting against HiCaliber, combined with Knuttila’s refusal to engage with the public, has created a cloud of unease and confusion around the rescue’s operations, though the “village” of supporters remains vocal and engaged. For now, HiCaliber is prohibited from accepting donations until they straighten out their paperwork, but they remain operational and continue to participate in the horse adoption network.—Erin Rubin