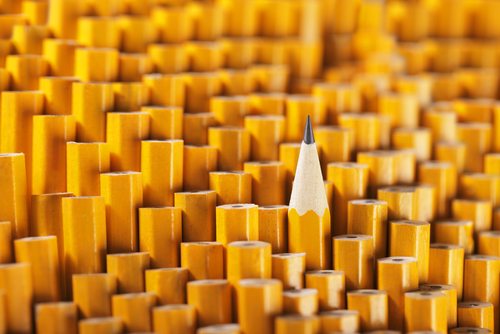 Editor’s Note: This column originally appeared here on the website of the National Committee for Responsive Philanthropy (NCRP), where the author is executive director. It is reprinted here in its entirety. Disclosure: NCRP is a member of Independent Sector.

Independent Sector, a D.C.-based trade association and leadership network representing hundreds of our nation’s largest charities and foundations, recently released a long-awaited study. “Beyond the Cause: The Art and Science of Advocacy” offers more than 200 pages of modestly helpful insight and analysis that is a welcome contribution to a growing body of work about this subject.

Unfortunately, the authors also include recommendations at the end of the study that are wholly unsupported by the research and are outrageously self-serving. The notion that advocacy on issues affecting the entire nonprofit sector would be more effective if it was consolidated under the umbrella of one organization is entirely unsubstantiated. Independent Sector should retract or substantially revise its recommendations; failure to do so risks completely undermining an otherwise helpful publication.

As the leader of an organization that is, like Independent Sector, deeply committed to promoting the important role of nonprofit advocacy in maintaining and expanding the vitality of U.S. democracy, I find value in substantial portions of the study.

Section I attempts to deepen our sector’s understanding of what makes for successful advocacy on the federal level. Its findings will not be surprising to veteran advocates but may be helpful for those new to federal level advocacy.  The authors suggest that successful advocates: 1) keep focused on long-term goals; 2) build advocacy capacity consistently over time rather than only in the heat of campaigns; 3) understand the self-interest of relevant public officials; 4) employ coalitions primarily for short-term campaigns; and 5) have capable leaders.

The in-depth case studies of the Human Rights Campaign, Americans for Tax Reform and General Electric offer keen insight into the practices and inner workings of some successful advocates. The details of strategic decisions and interpersonal or organizational tensions are fascinating for those who like to get the inside scoop.

The coalition profiles offer important insights into how to utilize effectively coalitions at the federal level. Featuring the work of Health Care for America Now reminds aspiring advocates of the importance of engaging a powerful base outside of Washington. The profile of Patriots Defending the Bill of Rights provides an extremely helpful example of how to bring together unlikely allies and successfully build coalitions with strong participation from both the political left and right.

Section II of the study explores some of the policy issues facing the nonprofit sector and perceptions of the effectiveness of current advocacy efforts on those issues. The issue papers covering topics like the charitable tax deduction, government-nonprofit contracting and more are thorough and will be helpful to anyone who has not studied the issues previously and who wants a solid understanding of the relevant arguments.

The study omits or glosses over several important topics or resources and includes a few glaring errors.

While the Strengthening Nonprofit Advocacy Project (SNAP) was mentioned briefly in the literature review of “Beyond the Cause,” the findings of what is truly a seminal work on the subject of nonprofit advocacy were mostly ignored and were certainly not adequately covered. Notably, there was no discussion in the Independent Sector study about the difficulty nonprofits have getting funding for their advocacy work—a key critique of philanthropy found in the SNAP research.

According to an analysis by Alliance for Justice (AFJ), which has been promoting and supporting nonprofit advocacy for more than 30 years, “Beyond the Cause” contains significant misstatements of fact regarding the rules governing sector advocacy, which will only serve to reinforce existing confusion, and which undermine the credibility of the report.

On a deeper level, I find the analysis about what makes for effective advocacy to be rather thin. There is no serious exploration of the interplay between state- or local-level campaigns and federal-level advocacy, for example. In my experience, many of the great advances in recent years at the federal level have come about because good local work has built a strong base and has focused public will. Leaving this out of the study is a huge oversight.

Additionally, the choice of Independent Sector to focus the case studies on individual organizations ignores the importance of having an ecosystem of actors working towards similar goals, even if those actors often disagree. The case study of the Human Rights Campaign (HRC) largely overlooks how the work of other organizations contributed to the success of HRC in achieving its legislative agenda. The study informs readers of the approach HRC took, and of the outcomes. But it doesn’t tell us anything about the burgeoning movement for LGBT rights, which helped create the right conditions for them to prevail. HRC wasn’t operating in a vacuum when it achieved its goals; the work of other organizations surely contributed to HRC’s success. Failure to acknowledge and explore the importance of having a broad spectrum of nonprofits and individuals working on an issue makes the study less helpful to experienced advocates.

It would have been a good idea for Independent Sector to end the report on page 202, after the last of the issue papers. Unfortunately, the study continues on and makes recommendations that are outrageously self-serving.

The primary recommendation is that a single organization should be anointed as the “convener, coordinator and driver” of a process to improve advocacy on sector-wide issues and should be given an annual budget of $5 million for the next four years to carry out the work. The unstated implication is that Independent Sector should be that organization. This audacious recommendation is not supported by the research and, in fact, directly contradicts the findings from this very same report.

The report clearly shows that there is no consensus about which issues facing the nonprofit sector are most important or about what position on those issues is in the best interests of nonprofits or the people and communities they serve. That is not surprising, given that a shared tax status does not guarantee shared values. We are not a monolithic sector, and respected leaders have passionately-held differences of opinion.

What evidence is there to suggest that giving Independent Sector or any other organization $5 million per year to coordinate and convene nonprofits around a one-size-fits-all agenda will suddenly make these differences of opinion go away or lead to more effective advocacy? None.

The study’s findings about effective advocacy directly contradict the idea that attempting to homogenize the sector in this way is a good idea. The case study about HRC, for example, doesn’t suggest that HRC functioned as a convener and coordinator for the entire movement for LGBT rights and was therefore successful in achieving its goals. On the contrary, the case study documents the tensions between organizations. Despite those tensions, and despite the fact that there is no one single organization coordinating all the activity for those who care about advancing LGBT rights, the movement has achieved great success.

The report also notes how coalitions are most effective when they are short-term and formed around particular goals. Yet, Independent Sector seems to be recommending a permanent coalition, led by itself, for issues affecting the nonprofit sector. It just doesn’t make sense. What evidence is there that advocacy on issues affecting the entire nonprofit sector would be more effective if it was consolidated under the umbrella of one organization? None.

A few years ago, the organization I lead was famously accused of being “presumptuous” and “breathtakingly arrogant” for a report we issued. It may be time to pass that baton.

The recommendations in this report are so outrageous that they distract from what is otherwise helpful research. Independent Sector should retract them. Failure to retract or substantially revise the recommendations risks compromising relationships with other worthy organizations that also speak for nonprofits and foundations, such as the National Council of Nonprofits, Alliance for Justice, the Council on Foundations and others. It risks damaging Independent Sector’s reputation as an organization that values a diversity of views and appreciates robust debate.

It seems likely to me that there are ways to figure out what each organization working on sector-wide advocacy brings to the table and how to improve our collective impact without anointing one organization as the convener.

Aaron Dorfman is executive director of the National Committee for Responsive Philanthropy (NCRP), which has published a series of studies showing a return on investment for nonprofit advocacy of $115 to $1. He frequently blogs about the role of philanthropy in society.

Aaron Dorfman is president and CEO of the National Committee for Responsive Philanthropy (NCRP).