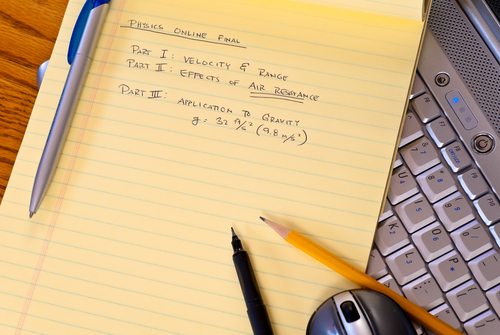 According to a new study by the Parthenon Group, several nonprofit universities are beginning to scale their online-only program enrollment with the help of “online enablers” who provide a menu of support to move to the online platform. These nonprofit institutions are heating up the competition for working adult students, a market traditionally dominated by for-profit institutions. In July, Parthenon conducted a survey of 1,200 online-only students, most of them enrolled in bachelor’s degree programs, to better understand the online-only student profile at for-profits and nonprofits. The study found nonprofit and for-profit institutions are attracting the same general type of student: those who are more than 24-years-old and are anxious about employment prospects.

“When asked how likely they would be to recommend their current school to a friend, students rated select non-profits at the head of the class…although some also scored near the bottom in customer satisfaction. Despite being late entrants, non-profit institutions (including less well-known brands such as Western Governors University, Liberty University, and Southern New Hampshire University) are quickly earning a reputation for providing a quality product to students.”

Interestingly, the study found that for-profit institutions invest more resources into push advertizing through media, while nonprofit institutions use a more blended mix of push and pull advertising, such as referrals, for recruitment. Currently, almost half of online-only students apply only to one program, selecting an institution based on specific program offerings first and then considering the institution’s reputation later. However, the report suggests that, in this increasingly competitive environment, online-only students are likely to become more discerning and institutions will experience the strongest growth by scaling and branding at the program level, and by focusing on quality outcomes. Paul Fain’s article in Inside Higher Ed highlights the unique opportunity for nonprofit regional universities with strong local reputations to take advantage of this changing marketplace.

As many more schools begin “dipping their toes into online education…the winners will almost certainly be those institutions that can differentiate themselves in the eyes of students, faculty and accreditors,” says the report’s author, Chris Ross. While the study doesn’t suggest a direct correlation, it seems likely that the higher rate of referrals at the nonprofits might be one reason that nonprofit online programs are becoming powerful players in the market. Why do you think these nonprofit programs are drawing more referrals than their for-profit counterparts? –Leah Lomotey-Nakon