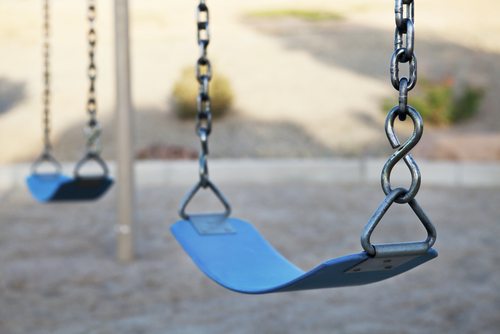 A mad dash to win first dibs on the swings or jump ropes is typical for most schools when the recess bell rings, but not for Cesar Chavez Elementary School in Los Angeles. Instead of mass chaos, students at this school gather in structured groups—without instruction. This organized production is the work of Playworks, an Oakland-based nonprofit that trains full-time professionals to work in low income schools. Playworks operates to improve the school climate in 300 schools nationwide, with involved campuses reporting less bullying and overall improved behavior in students. The nonprofit attributes its success to having a trained, playful adult on the playground.

A snapshot of what recess looks like at a school that integrates this nonprofit’s programs include two girls jumping rope, a few fourth-graders playing handball and others kicking a soccer ball. The uproar that can develop when students want to play with the same thing is noticeably non-existent. Instead, students utilize the age-old method of rock, paper, scissors to settle disputes—a method promoted at Cesar Chavez Elementary by Luciano Mondolo, a 29-year-old AmeriCorps member and coach who was consulted by the nonprofit organization to bring a degree of harmony to recess.

“My vision is to have everybody playing,” said Mondolo. More than just play, however, Playworks has reportedly reduced school bullying, behavioral issues and suspensions. Additionally, students are not only engaging in proactive behaviors during recess, but they are apparently more focused when they come back to study.

Yesterday, researchers from Stanford University and Mathematica Policy Research released a study that suggests the positive effects of organized playtimes. They compared schools utilizing Playworks to similar schools without the program during the 2010-2011 academic year. Robert Rayburn, the principal at Cesar Chavez, concurs with the study’s finding that recess often lacks the structure needed for “positive social development.” Now, due to Playworks’ programming, instead of spending much of his time dealing with discipline issues, Rayburn can devote more of his focus to academics. Fourth-grade Cesar Chavez Elementary teacher Debbie Holas adds, “I’ve noticed that kids are happily involved in games instead of roaming.”

Many nonprofits use a wide variety of tactics to reduce peer victimization and instill social skills in the younger generation, and among these programs, Playworks is not inexpensive. Playworks and toymaker Mattel cover 60 percent of the program’s cost, but that still leaves a $25,500 gap. Currently, Cesar Chavez Elementary uses federal grants to fund the remainder. Recently, Playworks founder Jill Vialet was named to Forbes’ “Impact 30” list of the world’s leading social entrepreneurs. A panel tasked with identifying “social entrepreneurs who are tackling the world’s most intractable problems” made the selection. Though the Playworks outcomes are positive, questions remain as to whether the program is the most cost-effective solution for the social returns gained. – Saras Chung