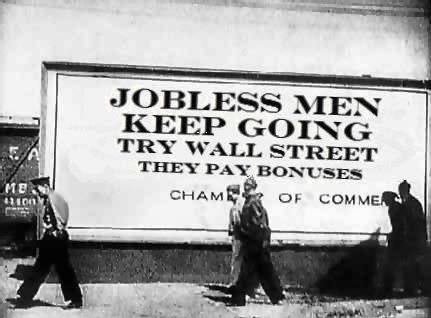 A new study released by the National Conference on Citizenship titled “Civic Health and Unemployment II: The Case Builds” suggests that the presence of an organized nonprofit sector is linked to a lower level of local unemployment. The study found that there is less unemployment in counties with a higher density of nonprofits than in similar counties with fewer nonprofits. Also, the study described “the organizations that appear to be helpful” in addressing unemployment as “organizations that provide direct, tangible benefits to their members” and those groups “whose supporters perceive themselves as genuine members.”

The report’s basis for the categorization of an organized nonprofit sector includes the number of nonprofits per capita in each community (nonprofit density) and the degree to which nonprofits directly engage local residents. The report states, “nonprofits may bring economic benefits by directly employing people and also by changing the economic climate of the whole community.” The graphic below illustrates various types of nonprofits that the study finds are correlated with lower levels of unemployment: 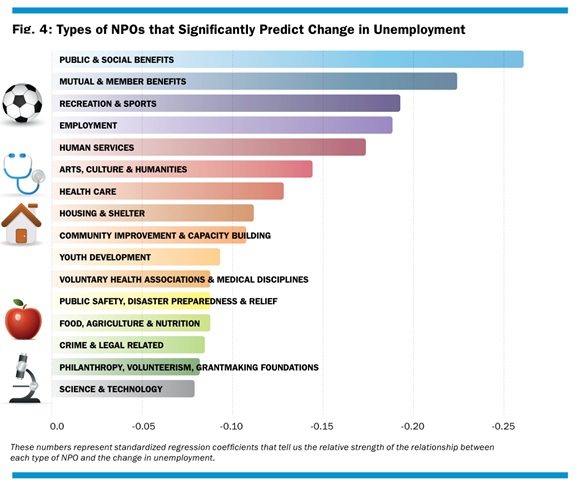 The study goes on to state that social cohesion is another factor in preventing unemployment. Social cohesion is defined as “the level at which citizens trust, talk to and help neighbors, and socialize with family and friends.”

Paula Ellis, vice president for strategic initiatives at the Knight Foundation (one of the funders of the report), said the study “demonstrates that communities investing in social capital and nonprofits are reaping huge economic benefits during our tough economic times.”

This timely report emphasizes the vitality and the importance of the nonprofit sector. It is especially pertinent that nonprofit stakeholders at all levels understand how the density and involvement of nonprofits within a community directly impacts the economic strength of that community. Local and federal policymakers need to be made aware of the economic benefits and connections that nonprofits provide within a community.

The report will be discussed during the 67th Annual National Conference on Citizenship today, which will be streamed live from 1-5:30 p.m. ET at NCoC.net/live. A related Twitter discussion will use the hashtag #NCoC. –Heather Carpenter