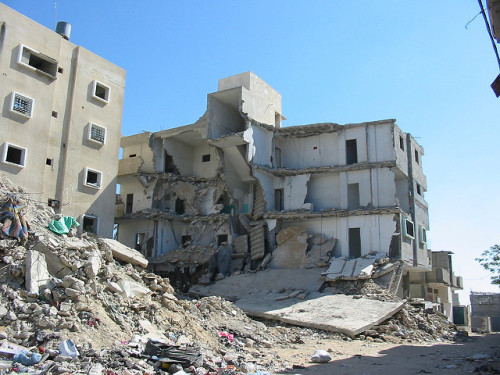 Can academic associations engage in certain types of issue advocacy? Four distinguished members of the American Studies Association (ASA), a 501(c)(3) organization, say it violates a Washington, D.C. law governing nonprofits and have asked a federal district court to intervene in support of their position.

In 2013, the ASA’s leadership enacted a resolution endorsing an academic boycott of Israel. The resolution was then submitted to the organization’s full membership for ratification. In an online vote, over two-thirds of those voting approved the boycott resolution as official policy. The ASA described its action as “a refusal on the part of the Association in its official capacities to enter into formal collaborations with Israeli academic institutions, or with scholars who are expressly serving as representatives or ambassadors of those institutions, or on behalf of the Israeli government, until Israel ceases to violate human rights and international law.”

But even though the action is strongly supported by its membership, did ASA’s boycott, divestment, and sanctions (BDS) action violate its charter?

This suit comes a time of increasingly heated debate over how opposition to Israel’s occupation and treatment of Palestinians can be expressed:

“This is not just about the American Studies Association,” said Kenneth L. Marcus, the president of the Louis D. Brandeis Center for Human Rights Under Law, which has joined with two law firms to bring the case against the ASA. “It’s about any association officer or director who is thinking about using their association as a tool to advance their own ideological agenda. This should send a signal that if association activists are not concerned that BDS resolutions are anti-Semitic and may be a violation of academic freedom they should certainly be concerned that they may violate corporations law.”

The four scholars challenging the ASA accuse the association’s leadership of acting to “subvert and change the ASA’s purpose” from “educating the American public on American culture” to “a political advocacy organization with a particular focus on what they characterize as ‘social change’ that is to be sought both within and outside of America.”

Expert adviser and Northwestern Pritzker Law School Professor Eugene Kontorovich added, “To be clear, this is not about silencing or stopping criticism of Israel, or in any way discouraging it. It is about nonprofit corporations abiding by their own rules.”

Kontorovich also said, “They can say anything they want. The only question is can they conduct them as association activities that contradict their mission?”

ASA’s leadership responded in a statement:

We respect the concerns that the current and former members have expressed, the complaint is under review by our attorneys, and we are open to proposals addressing the complaint to be handled within the internal processes and procedures of the ASA, to include submission of a formal resolution to the organization.

This suit raises the stakes for leaders of organizations as they consider advocating about controversial positions. If it succeeds, all organizations will need to know that their founding documents clearly permit their entering the political arena. If they are not clear enough, D.C.-based associations will face the cost of change, and those costs may prove to be high enough to silence many. In the battle over BDS, those supporting Israel will see this impact as a good and proper; from a larger perspective, it may not be so healthy for our democracy.—Martin Levine