Tax Proposals for Exempt Organizations to Watch in 2015 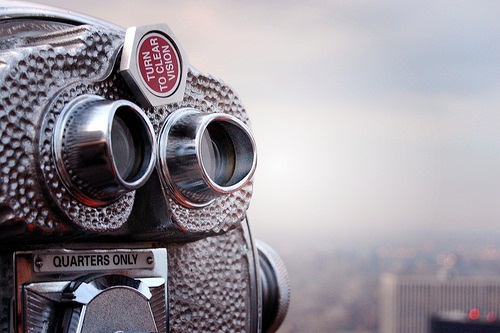 We are only through the first quarter, and 2015 has already seen a slew of legislative proposals that could considerably impact exempt organizations. From the president’s FY 2016 budget proposal, to last year’s Tax Reform Act of 2014 (TRA 2014), to a new proposal requiring that the Internal Revenue Service (IRS) give exempt organizations notice before their exempt status is revoked for non-filing, nonprofits are in the midst of a legislative landscape potentially poised for reform.

As we look to the weeks and months ahead, there are several major pieces of legislation that nonprofits should be monitoring:

A private foundation is generally subject to a two percent excise tax on its net investment income, and this rate is reduced to one percent in any year in which a foundation exceeds the average historical level of its charitable distributions. TRA 2014 had a provision to reduce the excise tax on the investment income of private foundations from two percent to one percent. This provision found its way into the America Gives More Act of 2014, as well as other tax provisions that were passed by the House of Representatives but ultimately did not become law last year.

Meanwhile, the president’s budget contains a proposal to reduce the two percent tax to 1.35 percent across the board. Many in the nonprofit community are opposed to the president’s proposal because it could actually result in a tax increase for organizations that are able to reduce the tax to one percent under the current tax law formula.

These provisions aren’t permanent, but they keep getting renewed every year. Legislation in 2014 would have made permanent the tax-free distributions from individual retirement accounts (IRAs) for charitable purposes, an enhanced deduction for contributions of food inventory, and the tax deduction for charitable contributions by individuals and corporations of real property interests for conservation purposes. The America Gives More Act of 2015 that makes these provisions permanent was passed by the U.S. House of Representatives on February 12, 2015. In order to become law, the Senate will also have to pass the provisions and the legislation will require final signoff by the president.

TRA 2014 had a number of provisions that would have an impact on charitable giving, including one to allow taxpayers to treat charitable contributions made up until April 15th as deductible in the previous year’s taxes. Although this provision surfaced again in 2014, we have not seen it yet this year.

Meanwhile, the president’s proposals aim to simplify the rules regarding limitations on the maximum amount of charitable contribution deductions for a single year, regardless of whether contributions are made to public charities or private foundations, whether they are cash or property, and whether they are for the use of the organization. The proposal would also increase the carryforward period for an unused charitable deduction that is in excess of the limits from five years to fifteen years.

College and professional sports under scrutiny

Both TRA 2014 and the president’s FY 2016 budget proposals have placed sports on the radar in a number of capacities. Under present law, those who donate to colleges and universities and receive in exchange the right to purchase tickets for seating at an athletic event may deduct 80 percent of their contribution. This is in contrast to the usual rule that only the contribution in excess of the fair market value received in return can be deducted. Both TRA 2014 and the president’s budget proposals aim to eliminate this deduction.

Three new tax bills were recently introduced in the Senate. They were vetted in a hearing of the Senate Finance Committee and were approved by voice vote in Executive Session. They include:

The Tax Reform Act of 2014 contained many legislative proposals for tax-exempt organizations, including: disallowing losses from one unrelated business income (UBI) activity to offset the income from another UBI activity; changes to the corporate sponsorship and royalty rules; expansion of the reach of intermediate sanctions to 501(c)(5) and (6) organizations; and the imposition of a 25 percent excise tax on compensation paid to a nonprofit organization’s top five executives in excess of $1 million. It is possible that some of these proposals could resurface again in the year ahead.

Laura Kalick is the National Director for Nonprofit Tax Consulting with the Nonprofit & Higher Education practice at BDO USA, LLP. She has over 35 years of experience in both private and government practice, and has worked on issues including private inurement, intermediate sanctions, and unrelated business income and allocation of expenses. Laura also works with nonprofit clients on applications for exemption, IRS audits, and the new Form 990. She is the co-chair of the American Bar Association’s Exempt Organization Subcommittee on Unrelated Business Income Tax (UBIT).