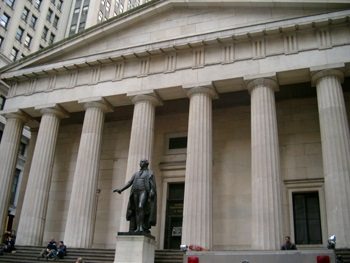 Co-CEO of Teach for America (TFA) Matthew Kramer spoke to the Harvard Crimson concerning the backlash the nonprofit teaching organization has been receiving following a recent protest on the campus grounds.

The remarks follow the protest last week organized by Harvard University’s Students Labor Action Movement (SLAM) on September 29th, in which the students urged University President Drew G. Faust to cut the university’s ties with TFA if the program did not enact certain changes. SLAM’s protest comes as part of a larger movement against TFA by United Students Against Sweatshops (USAS), a “youth-led labor campaign organization,” according to their website.

In response to the protests, Kramer told the Crimson, “That this group would get involved in asking President Faust to kick us off campus is essentially deciding that they don’t think other Harvard students should be able to learn about TFA and the field of education. I think that’s against the core values of Harvard to cut off access to information.”

As previously covered by NPQ, Harvard students, like many critics of the organization, expressed concerns about the forced privatization of education through the program, as well as issues with properly training participants to enter classrooms with high-risk students. These were some of the problems that led Pittsburgh and Durham school boards todecline to renew their contracts with the teaching program.

Among the specific demands levied against the organization was the severing of its relationships to big name corporations like ExxonMobil and JPMorgan Chase. “We wouldn’t take money from an organization if [we] thought by taking money we would cause anything bad to happen,” Kramer responded. “If people give us money to do our work, then we think the right thing to do is to do our work the very best we can.”

As TFA has yet to make any changes, and Harvard has also not severed its ties with the organization, SLAM and USAS co-authored a letter to Kramer, fellow co-CEO Elisa Villanueva Beard and founder Wendy Kopp. In this letter, they reaffirmed their original accusations and requested a national meeting with TFA within a month.

While SLAM’s redresses fall into line with much of the criticism brought against TFA, this is among the few times the organization has come to respond to the accusations questioning the efficiency of their five-week training program and the use of their teaching model in low-income, high-need communities.

While Kramer did not appear to admit any inadequacies in TFA in his Crimson interview, TFA has made changes to its program by providing additional support for its corps members this year.

The organization introduced two pilot programs this year to help better prepare participants for their time as teachers. One program allows college juniors to prepare early before graduation, and the other program provides continued training and support in 12 specific regions where corps members will be located. The goal of this program is to encourage participants to remain in the corps after their two requisite years, one of the main points of concern for critics worried about creating an unstable environment with constant turnover. This additional support could come in the form of coaching and providing financial help for graduate studies in education.

As noted by SLAM members during their protest, it may not be a question of whether or not TFA should exist, but rather whether it can alter itself in a way that communities and school boards can be confident in the program’s abilities. The management responding to and acknowledging the merit of the accusations brought against it would be a first step in the right direction.—Shafaq Hasan