Teach For America’s Over the Top Positive Press 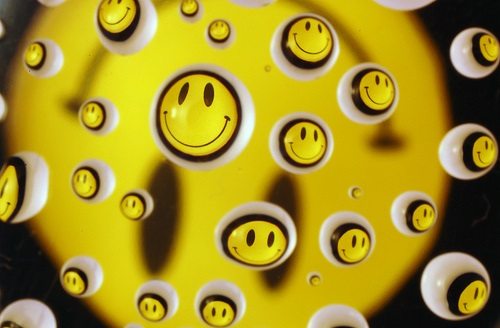 Teach for America has been in the news a lot lately. In Pittsburgh and Durham, coverage has revealed that contracts for the nonprofit have not been renewed due to concerns about the training and potential longevity of recruits not matching up with the needs of students in low-income communities. Harvard students have protested to have their university cut ties with the organization for largely the same reasons. In Seattle, the placements of TFA corps members in high-income schools with a competitive job market received significant backlash. At the same time, Google has announced plans to actively seek out TFA alumni for positions within the company, a move some would say is reflective of the desirable qualities of successful TFA applicants rather than the success of the organization’s educational goals.

A new facet of the ongoing PR struggle for TFA has recently been released, revealing that TFA has not taken these criticisms as any reason for organizational introspection. Rather, Teach for America has devoted some of its staff to counteracting negative press, or what it considers to be “misinformation.” When Alexandra Hootnick was researching a piece on TFA expansion for The Nation, it appears that a Department of Education source notified TFA a year in advance of the article’s release. Several months before Hootnick’s article, TFA’s communications team released a preemptive counterattack on the investigative piece. After Hootnick’s piece was published, TFA released an almost immediate response with the help of “America’s Crisis Guru” to soften backlash against the organization. The strategy worked according to TFA’s critical media response memo, citing that while Hootnick’s article generated seven percent of the week’s total social media TFA conversation, their own posts counteracted that message with a comparable six percent.

As is noted in The Nation, Teach for America maintains a significant foothold in the political realm while only representing .002 percent of the teaching force nationwide. With high teacher turnover—80 percent of recruits leave after three years—the goal of addressing long-term educational opportunity gaps might not be fully realized. And while the lack of training of TFA corps members has been criticized, the organization has been establishing professional networks and leadership organizations for after these two- to three-year teaching careers are finished rather than during their time in the classroom. This leads many to question whether TFA is mainly serving as a means of addressing educational inequality across the country or as a resume enhancer for promising college grads.

With such fundamental elements of TFA coming under public scrutiny, it is not surprising that TFA feels the need to defend itself in order to maintain its political power within the educational sector. But while negative feedback is difficult for any organization, it is at times a necessary means to improvement and future success both for the organization and the sector as a whole.

Should a nonprofit organization need to devote so much time to silencing opposition? A former Teach For America manager said in an interview:

“Instead of engaging in real conversations with critics, and even supporters, about the weaknesses of Teach For America and where it falls short, Teach For America seemed to put a positive spin on everything. During my tenure on staff, we even got a national team, the communications team, whose job it was to get positive press out about Teach For America in our region and to help us quickly and swiftly address any negative stories, press or media.”

Unfortunately, this strikes a familiar chord and is being discovered of too many nonprofits. Just this week, an expose by ProPublica & NPR revealed that during the Red Cross response to Supertorm Sandy and Hurricane Isaac, far too much attention was focused on generating positive PR rather than providing actual relief. Public relations have their role in any organization, but at what point does a nonprofit step back and ask why so many resources need to be spent on maintaining public image rather than on the organizational mission itself?—Michele Bittner