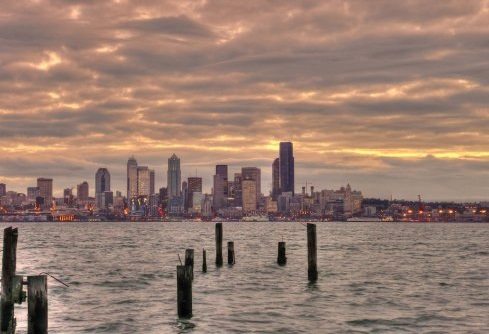 In 2011, Teach for America and Kenneth Maldonado were both finding a home in Seattle. For TFA, 2011 marked its founding year in the city, and Kenneth had applied to be one of its first recruits. TFA had had a monumental and ongoing growth spurt and Seattle was one of its most recent additions in its scaling effort. Maldonado, who had grown up in poverty and struggled for work before his TFA assignment, was beyond excited in looking at what the experience was to bring him.

Maldonado’s experience did not start as he had hoped, and TFA’s arrival in Seattle also found challenges. According to a report shared by the Hechinger Report and The Nation, the Seattle Public School system was facing a $25 million deficit and saw more than 13,800 teachers apply for just 352 full- and part-time positions. In the midst of this, TFA obtained a contract with the district, charging over $4000 per teacher.

The new relationship quickly became an issue. Board meetings were “sometimes standing room only, dozens of community members—including parents, teachers and high school students—signed up in record numbers to testify against the district’s contract with the organization, urging the administration to hire more experienced local teachers.” Maldonado was also feeling the conflict, but also noted that TFA’s national office had stumbled in dealing with the challenges in Seattle. Maldonado said that “TFA just hadn’t done the research” and “national staff came off as ‘arrogant…they were assigning the blame to everyone but themselves.’”

TFA’s original 38 approved applicants had been reduced to just 13, serving ten schools, only three of which addressed the high-needs population, a critical part of TFA’s mission. An official with TFA cited that the issues in Seattle were a “complete aberration” by the organization.

As Teach for America has grown, several of the organization’s positions and relationships have attained national attention. TFA has sought placements for recruits in wealthier school districts where teaching jobs are scarce, and Seattle is a perfect example. This, along with other controversies, has led many to ask for TFA to be more transparent. “I’m really troubled by public dollars going to TFA at the same moment teachers are being let go,” says Gloria Ladson-Billings, a professor of education and race theory at the University of Wisconsin.

TFA in Seattle has made adjustments following the backlash. Lindsay Hill, the Seattle TFA Director, has eliminated all district fees, stating, “We have to make sure that our vision and our strategy meet our context.” Maldonado continues on in the program. He still “believes strongly in the organization,” and having worked at its summer institute in New York City in 2013, he is considering leaving the classroom for a full-time gig with TFA, something unforeseen just a few years earlier.—John Brothers