TFA Thinks about Its Future—But How Seriously? 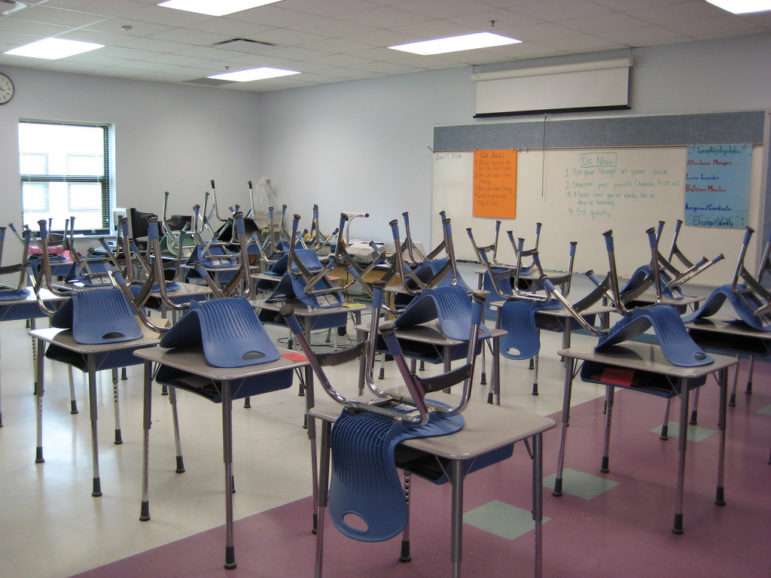 Teach for America has found the challenges of maturing as an organization and needing to adapt to a changing environment quite daunting. After years of steady growth, TFA has seen the number of young adults applying to become a part of their teaching corps decline by 35 percent over the past three years. The declining level of interest they were finding on college campuses caused them to reduce their central staff by 15 percent and pushed their leadership to think about their future.

It appears that the voices of critics who have challenged TFA’s effectiveness have begun to resonate on the campuses where corps members are recruited, dulling enthusiasm for their mission.

Jennifer Wolf, who teaches education courses at Stanford University, said those criticisms appear to have taken hold among students who are deeply concerned about social justice issues. They seem less interested in applying to TFA now than they were several years ago, she said, and if they do apply, they are less likely to admit it publicly.

Last April, Ruth McCambridge looked at how TFA’s leadership was responding to harder times and concluded, “The organization is fiddling with details while its basic enterprise is failing.” We now know more about what this fiddling looks like in action.

Elisa Villanueva Beard, TFA’s CEO, described their response to the downward slope. “It’s going to take us time to recover…the organization’s leaders are trying to step back and take a really honest look at why TFA is struggling to attract interest and how to reverse the trend.”

We now are getting some insight into just how honest this effort has been.

It would seem that an honest look from TFA would include thinking about how effectively its current strategies and tactics are fulfilling an organizational mission that is “rooted in the belief that providing all kids with an excellent education is possible within our lifetime.” Are five weeks of training really sufficient to equip a novice for the challenging work of teaching in struggling schools and communities? Is asking for only a two-year commitment to teaching what our children and schools need? Is it helpful for TFA corps members to be used as replacements for more experienced (and consequently more highly paid) teachers? Can the dedication of these lightly trained teachers overcome the systemic impact of poverty and racism?

Tough questions indeed, but ones worth pondering. The message TFA are conveying in recent recruiting programs, however, indicates TFA is more interested in repackaging their existing program, flaws and all, than serious introspection toward their approach to educating children. They continue to stress that by joining TFA, a young adult can build their resume in preparation for a future career outside the classroom and, simultaneously, effect important social change.

According to Emma Brown, Washington Post education writer, “a panel of TFA alumni spoke [to potential corps members] about how their classroom experiences had translated into marketable skills in fields including law, politics, education advocacy and nonprofit entrepreneurship.” And recruits also heard TFA staffer Kimberly Diaz tell them that “this is far bigger than teaching…this is about dismantling systems of oppression.”

First, by signing up for TFA, they can help solve some of the most intractable social problems in America, including institutional racism and educational inequity. And second, by signing up for TFA, they aren’t consigning themselves to working in a public school, but to opening doors to a set of opportunities and a professional network that can help achieve career goals, whatever they might be.

We will know soon whether this new emphasis is more appealing to the new graduates it recruits and the number of applications grows. But there appears to be little concern within TFA about the wisdom of their strategy and the potential that what they are doing is actually harmful to children and public education. Would many parents want their children’s teachers more worried about their future careers and issues well outside the classroom than today’s lesson plan? We think not.—Martin Levine