The Accidental Interim President: Suffolk U. Board Meets Woman of Steel 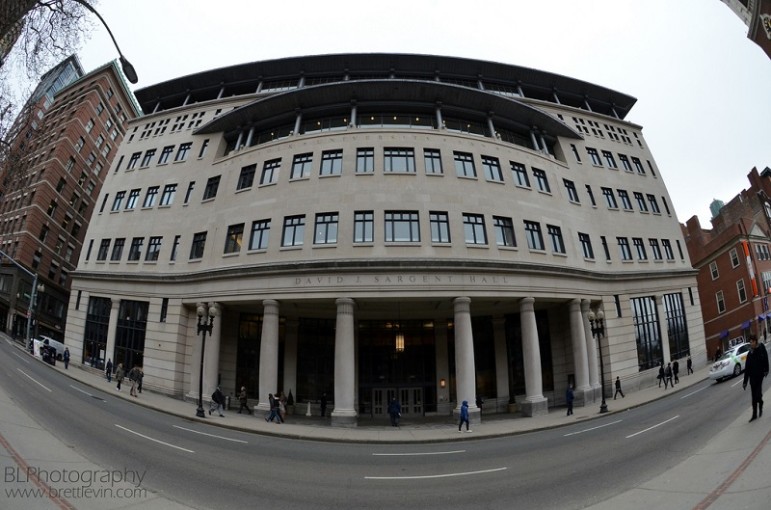 The strange public power struggle between the board and president of the nonprofit Suffolk University got a little stranger this week when the outgoing president of the board, Andrew Meyer, sent out a detailed memo that was obtained by the Boston Globe. The memo outlined his defense of the board against recent accusations by university president Margaret McKenna, including her charge that trustees have ignored her attempts to tackle the most basic of leadership functions such as updating the bylaws. Prior to McKenna’s arrival, the school vowed to accreditors that the process would be complete in 2014, so we really mean the most basic of nonprofit leadership functions.

By now, we are all painfully aware of the back-and-forth that played out in Boston over who is in charge and where the boundaries are in the board-CEO relationship. The ruckus included a painful communications-in-2016 lesson in which the board learned that the “Vegas rule” does not apply in the boardroom: The joust spilled out into the street and onto Twitter. Some notable points include:

However, just when you thought the school could perhaps get back to the education of students, on Friday, Meyer sent the board a second, five-page memo written by a different trustee that offers a blow-by-blow explanation of why the bylaws have taken several years to be updated despite the school’s vow to accreditors that the process would be complete in 2014.

While being an interim president wasn’t her intention, it might just be the former Lesley University president’s starring role on the downtown Boston campus and exactly what the college needs. The cornerstone of her ability to play this role is the deal she struck to stay on until fall 2017 when her replacement will be named and installed. A shorter time frame for departure would have given the air of a lame duck presidency, but she is anything but now.

The lore of the interim who acts as the nonprofit equivalent of a house rehabber—getting a ramshackle house in ill repair ready for its new owner to walk in and immediately take residence—has long been respected in nonprofit CEO circles. The interim takes on the sacred cows and makes the extraordinarily tough choices that don’t win popularity contests with stakeholders but need to be done nonetheless. As nonprofit folklore has it, the interim clears the way for the next leader to breeze in and have an easier go.

After surviving a board from hell scenario, McKenna has the momentum she needs to get a few things on her to-do list done before she leaves. Since the deal she struck requires boardroom reform, it can’t hurt that some fresh board members, no doubt forced to be more in tune with stakeholders and hopefully willing to comply with the recommendations and promises to those pesky college accreditation organizations, will be in the mix. Further, the board is now being watched closely by the Boston Globe and the Boston Herald, thanks in part to the board trying to use the media to publicly make their case for ousting McKenna and garnering their support on lucky number five. Perhaps now they will realize the call was coming from inside the house, and get down to business.— Carrie Collins-Fadell