The Courage of Persistence 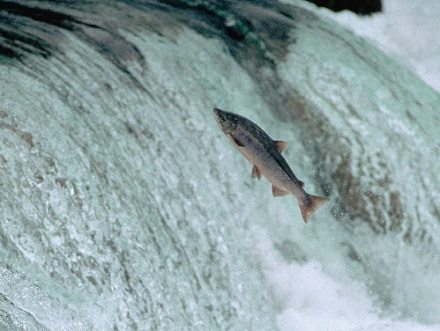 Editors’ note: Anyone who has ever worked on an unpopular social issue understands that there will be periods during which the public is just not ready to hear the issue or move on it. But then there is that moment that you have waited for, when a window opens up in public discourse and there is a sudden flash of political will . . . and you are there to step in. This persistence in the face of detractors may sometimes make the committed activist look completely out of touch, but we know that it is often just part of a cycle. The personal courage that it takes to stay energetic and on point on an unpopular issue—sometimes over decades—is underestimated. Here is Steve Schnapp’s story. Schnapp has worked for decades on economic justice, and for the past fourteen years has been at United for a Fair Economy.

At home after a long day at the office, and ready to put in an hour of reading e-mail and paying bills, I came across a message with a link to a live feed from Occupy Wall Street. This might make interesting background noise as I scan mail and write checks, I thought. I guess I was hoping to hear the sounds of protest that were beginning to catch mainstream attention.

“Mic check!” a female voice shouted, and the crowd quickly responded “Mic check!” “I’ve got a good source,” she went on, as the OWS protesters repeated each phrase, amplifying her words using the “people’s microphone.” “For a great source of information about the economy,” she shouted, “go to w-w-w-dot-faireconomy-dot-org!” and the crowd echoed the URL.

My ears perked up. That’s United for a Fair Economy’s website, I thought, and it’s being announced at the Occupy Wall Street encampment!

Perhaps I shouldn’t have been surprised. We at United for a Fair Economy (UFE) have been struggling to shine a spotlight on extreme inequality for the last fifteen years. And now this seemingly spontaneous creative uprising was drawing widespread support, inspiring similar occupations all over the country and pointing a collective finger of responsibility for our economic woes at the top 1 percent.

Since the protesters set up camp in Zuccotti Park, in late September, the UFE staff had been puzzling over the significance of OWS. We recognized two great achievements. First, by establishing the encampment at Wall Street, the epicenter of the financial sector in the United States, the occupiers had zeroed in on who was most responsible for the economic crisis. Second, with the slogan “We are the 99 percent,” OWS had brilliantly framed the issue, in effect creating a meme for the story that we had been trying to push into the mainstream: namely, that inequality hurts everyone, and it is precisely the over-concentration of wealth and power—not the deficit, not unions, not immigrants—that is at the heart of the current “Great Recession” and the thirty-year slide into economic insecurity that preceded the financial crisis.

After hearing the UFE shout-out on the OWS live feed, it was clear that we were in a strategic position to try to amplify the impact of the Occupy movement and thus help grow a much broader social movement with a goal of creating an economy of broadly shared prosperity. Now what to do?

One strategy was to offer direct support to Occupy Boston (OB), just down the street from our office, and help establish Dewey Square as the place to be for progressive-minded folks. Taking one of the pages from UFE’s creative action playbook, we hauled ten folding chairs and a few handwritten signs to a section of sidewalk facing South Station, just beyond the encampment, as the evening rush hour was gathering steam. We performed a street version of the Ten Chairs activity (faireconomy.org/videos/10 -chairs-at-occupy-boston), enticing a few occupiers and passersby to help us perform the skit that demonstrates how privately held wealth in the United States is distributed. (The top 10 percent own more than 70 percent of the pie [i.e., seven chairs], the other 90 percent own just 30 percent [three chairs], and the top 1 percent have more wealth—34 percent of all privately held wealth [three-and-a-half chairs]—than the bottom 50 percent.)1

And we let the occupiers know that we were a resource for them. We could offer support in the form of our popular economics education workshops or in whatever ways they thought would be helpful. Despite our track record of doing effective community-based education on economic inequality, we were not going to impose our expertise on the occupiers. Instead, we would make ourselves available to them as they saw fit.

A basic premise of popular education, a pedagogical approach that uses problem-posing dialogue rather than lecture and that strives to put the participants on an equal footing with the teacher or trainer, is that everyone has expertise about his or her own circumstances. Thus, a goal of UFE’s popular economics education is to set up opportunities for the participants to look for patterns in how they experience the economy, explore their meaning, and then apply new understanding to their issues, engaging in a cycle of reflection and action (praxis).

A week after the Ten Chairs activity in Dewey Square, we were invited to lead a piece from our Closing the Racial Wealth Divide workshop at an OB general assembly. We did this in support of an ongoing effort led by a group of veteran anti-oppression activists and supporters of OB to work with the occupiers to unpack issues such as race, gender, and homophobia in their encampment and in the larger society. The dialogue begun that night is ongoing, and from time to time we’ve been asked to share materials like charts and graphs that reveal some of the racial dimensions of economic inequality, expanding our understanding of “the 1 percent and the 99 percent.”

As the Occupy movement struggled with the challenges of maintaining their encampments, establishing nonhierarchical structures for decision making, keeping their infrastructure functioning (communications, food, shelter, etc.), and educating themselves and the general public, we began to field more and more requests from around the country for our popular economics education workshops and materials. Teachers and organizers, religious and labor leaders, community activists and social service providers, as well as occupiers and their allies, are seizing this moment of ferment to talk with their students, congregants, co-workers, neighbors, and families about economic inequality.

It is no longer possible for the emphasis on deficits and government spending to dominate the national conversation about what’s wrong with the economy. We now have the space to examine the role of the 1 percent, Wall Street, and politicians on both sides of the aisle in the creation of the rules and policies that guide the economy and our political structures.

A year ago, when my granddaughter Zuzu was born, things looked bleak. We have witnessed three decades of unrelenting attacks on public services and those who provide them, and on public funding for the nonprofits that tried to pick up the pieces dropped by government and the private for-profit sector. The effects of environmental degradation, social disorder that pits communities against one another, devastating wars that waste vast resources, and political processes that range from outrageousness to ineffectiveness, seemed too overwhelming to turn around. And I feared for the world that Zuzu would grow into.

Now it is a thrill to see the fruit from years of labor in “the garden” by organizers, activists, educators, and service providers who tilled soil, planted seeds, weeded, and watered, day after day after day. The opportunity for a harvest that encourages the building of an economy that works well for all of us, not just a few, has become a possibility.

Steve Schnapp, MSW, is education coordinator at United for a Fair Economy, where he helps design and develop their popular economics education workshops and materials. Steve leads workshops and presentations around the country, and has nearly forty years experience as a community-based organizer, educator, and activist in New York City and the Greater Boston area.

To comment on this article, write to us at [email protected] npqmag.org. Order reprints from http://store.nonprofit quarterly.org, using code 190107.