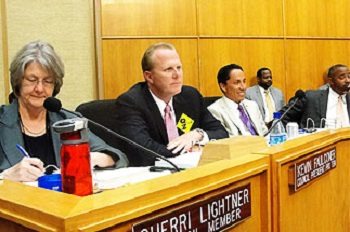 San Diego’s City Beat reports on a growing controversy over how the city spends its federal anti-poverty funding. It’s a classic example of how community-based nonprofits and local governments sometimes do not cooperate.

Newly elected Mayor Kevin Faulconer has proposed guaranteeing that the city get 60 percent, or $3.6 million, of the roughly $6 million in Community Development Block Grant (CDBG) funds available annually for capital-improvement projects. In the past, the city competed for that money alongside nonprofits, but with an estimated citywide infrastructure backlog of $1 billion, the money would provide annual guaranteed funding for things like sidewalks and streetlights.

Nonprofits, left to compete for the remaining 40 percent, or $2.4 million, are advocating against the change, which requires City Council approval. City Beat provides an example: a medical facility and job-training center planned for the southeastern San Diego neighborhood of Emerald Hills is the kind of project envisioned by the federal anti-poverty program that’s helping pay for it, but which will probably not receive funding under the new formula.

To complete the $9.5 million project, Family Health Centers of San Diego applied to the city for $1.6 million in CDBG funds for a building to replace a vacant lot and provide services to an underserved community. Family Health Centers told the City Council that the 60/40 split could cut the number of nonprofits awarded funding to various local nonprofits by more than one-third.

Cities and counties get CDBG money annually from the US Department of Housing and Urban Development for programs and projects that fight poverty. This year, San Diego received $11.2 million, down from 2012’s pre-sequestration amount of $16.3 million. The money is divided up, with 15 percent going to social services, 10 percent going to economic development, 20 percent going to administration and the remaining 55 percent going to capital improvements.

Traditionally, in San Diego and cities across America, the much of the funding goes to community-based nonprofits providing social, health, educational, economic and community development projects and programs in underserved, low-income neighborhoods. The nonprofits compete vigorously for the limited—and now shrinking—pot of money, but usually against each other, not against the cities.

The Mayor has told the San Diego Union-Tribune that the money would go toward building a fire station, although City Beat writes that a “consultant hired by the city to help develop a CDBG spending plan said it’s more likely the money would fund things like sidewalks and streetlights around the fire station. The grant money can’t pay for planning and design and must be spent within 18 months of receipt, making it less than ideal for larger government projects.”

The consultant conducted community outreach to help determine how the CDBG money should be spent, and while affordable housing and jobs topped the list of overall needs, sidewalks and street improvements topped the list of infrastructure needs. Using CDBG money to pay for sidewalks is allowed under federal guidelines as long as the sidewalks are in lower-income neighborhoods and the money doesn’t supplant funding that’s otherwise available. But critics tell City Beat that the CDBG money should be spent on big-picture projects, not basic infrastructure.

The spending of the funds was an issue during the recent mayoral campaign. The mayor’s office told the paper that infrastructure improvements in CDBG-eligible areas wouldn’t be limited to CDBG funding. The consultant the city hired is recommending that the city come up with a method of geographic targeting to ensure that the neighborhoods most in need get priority. City Beat points out that the city could have claimed an even larger piece of the ever-shrinking CDBG pie, which has decreased by more than $5 million from just two years ago, due to federal sequestration.—Larry Kaplan