The Four Horsemen of the Nonprofit Financial Apocalypse 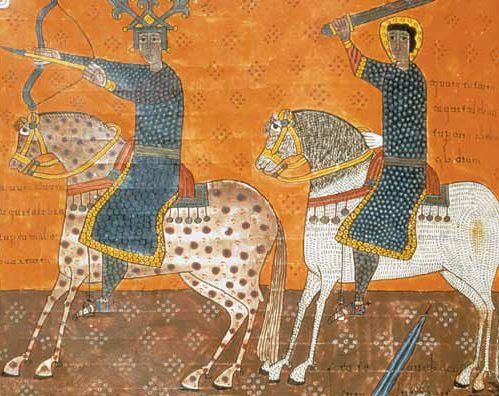 Editor’s Note: In 2010, NPQ published this article by Clara Miller, then of the Nonprofit Finance Fund and now of the FB Heron Foundation. In it, she discusses four pre-existing conditions that could have made nonprofits particularly vulnerable to the Great Recession. NPQ invites its readers to write in about their own experiences with any combination of these problems during the downturn. Was Miller on the mark? NPQ has seen these very factors play out in arts organizations across the country, but let’s hear from you!”

As the recession loomed, Nonprofit Finance Fund (NFF) realized that its clients—borrowers, financial advisees, and grant recipients—had been exposed to a virulent flulike virus. The financial crisis was like a pervasive, all-encompassing malady. And like health workers fighting a true epidemic, NFF’s clients would be exposed to the disease and expected to fight it simultaneously. There was no vaccination program, although there were some swift and thoughtful efforts by funders to maintain funding levels, release restrictions on grants, and provide real-time relief. And it was well understood that the disease could be fatal.

Like flu sufferers, organizations with preexisting conditions were likely to be more vulnerable. Flu fatalities and close calls were more common among those suffering from, for example, chronic asthma. And similarly, the economic H1N1 epidemic (or financial “plague”) was likely to hit certain organizations harder. NFF’s funder partners and Community Development Financial Institutions colleagues saw the same patterns.

Indeed, some difficult cases were predictable. Organizations that had suffered from the financial equivalent of chronic asthma were hit hard. They were weak from years of marginal operation and further hollowed out by what NFF terms “pretty bad best practices.” These practices include a tendency among funders to routinely restrict cash;? a public obsession with pointless metrics (e.g., overhead rate and fundraising costs);? government’s declining reimbursement coverage;? and a mounting list of unfunded compliance and comportment mandates from all sides. And contributing to the prevailing weakness was everyone’s tendency (managers, board members, and the public) to do more with less and thus weaken organizations’ built-up service-delivery capacity.

Another group of victims in the sector was less predictable. These organizations had played by the nonprofit rules, were likely to have four- and five-star ratings, and boasted enviable business models that were carefully built according to so-called best practices in capitalization. They also owned their buildings, used long-term bond financing, and steadily built their endowments. Unrestricted net asset balances were handsome. Savvy, connected business folk peopled their boards.
Still, a surprising number turned out to have been vulnerable, too. And while most members of these groups have worked hard to convalesce, they may remain members of the “walking wounded” for years to come.

The H1N1-like financial virus that wrought havoc on these predictable and unpredictable victims also bedeviled banks, homeowners, and businesses throughout the economy. Quite simply, the culprit was declining—and increasingly uncertain—revenue. This simple reality hit all organizations in some way: large and small, nonprofit and for-profit, rich and poor. And the factor that predicted vulnerability can best be summed up by Peter Bernstein’s pithy description of financial risk: “not having cash when you need it.”

Well, that seems straightforward enough; we might even call it the quintessence of a “duh” moment: if your organization doesn’t have cash, it suffers financially. But even strong nonprofits that looked great on paper became vulnerable, and their struggles surprised many. So what went wrong?

From the capitalization point of view, these organizations had some shared characteristics. And we call these carefully built elements that made them vulnerable the “Four Horsemen of the Nonprofit Financial Apocalypse.” Any one horseman can make an organization more vulnerable in an uncertain, changing economy. But when these horsemen ride together, they can be fatal.

Horseman One: Too Much Real Estate

For most board members and nonprofit advisers (or, for that matter, senior managers) it’s practically axiomatic that owning your facility is better than leasing one. Why pour rent money down the drain when you can build up equity? If you own a building, you can borrow and leverage your growth.

In NFF’s experience, this prevailing “wisdom”—even in good times—isn’t reliably true. The prospective returns on commercial real estate (or personal homeownership) don’t usually square with nonprofits’ commercial realities. Even in the best of circumstances, acquiring a facility that doesn’t push an organization’s fixed costs to an uncomfortable level is devilishly difficult.
NFF research indicates that about one-third of organizations that acquire facilities can manage these shoals well. This third ends up with a building that cradles the program and works financially: a true triumph. Another third manages to complete the building but arrives gasping on the beach;? as a result, this group becomes the walking wounded. Among this group, program quality and financial health are typically impaired for years.

For a final third, financial imbalance pervades operations to the point of requiring reorganization or even extinction. What’s more, the tendency to value real estate purchases over other capital investment—building the technology platform, refreshing programmatic assets, or adding firepower to the development department, for example—forces more important parts of the organization’s operation—and future—to go without capital investment. Especially in a rapidly changing economy, the opportunity costs are high.

In the boom times that preceded the recent crash, some capital campaigns and facility planners in the nonprofit sector experienced irrational exuberance as well. Building campaigns and acquisitions regularly outstripped carrying capacity. Some strong organizations built or acquired more than they needed in the belief that market value would continue to increase and that they would continue to grow. In some cases, they reason