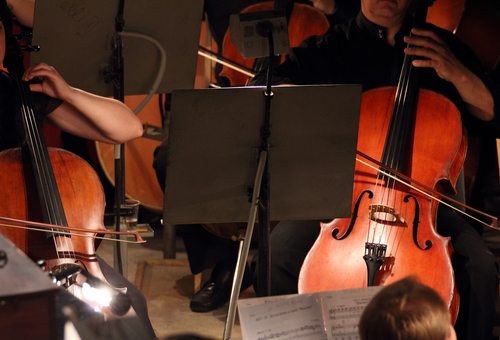 Much attention has been devoted to reforming education through new testing standards, professional development for teachers, and even new governance structures, but the arts have not been targeted as a pivotal tool for boosting achievement. In fact, as NPQ noted just yesterday, the arts have been subject to unrelenting budget cuts. That’s why it’s significant that a new study by the National Endowment for the Arts (NEA) demonstrates a high correlation between arts involvement (such as classes, extracurricular activities or leadership roles) and student achievement, especially for students from underserved families. Given that many nonprofits are connected with the arts, this evidence supports the value of such work and its connection with youth in particular.

The NEA study, “The Arts and Achievement in At-Risk Youth,” focuses on teenagers and young adults in the bottom 25 percent of the socio-economic scale (based on family income and parents’ education level). It draws on four data sets published from 1988 through 2002 that tracked children over a period of years. Three of the four studies measured high school activities and life achievements through early adulthood. Arts involvement was correlated with a number of positive academic outcomes, including higher grade point averages (even in math) and higher rates of college enrolment. According to the data, those involved in the arts as young people have also become more engaged citizens, voting and volunteering more than their peers.

The study doesn’t prove a causal relationship between arts involvement and achievement, but it does demonstrate a strong correlation. Researchers hypothesize that involvement in the arts fosters a sense of discovery, and provides “the chance for an idiosyncratic child who has not yet succeeded elsewhere to shine.” As NEA Chairman Rocco Landesman notes, “I firmly believe that when a school delivers a complete education to which every child is entitled—an education that very much includes the arts—the whole child blossoms.”

What would it take to bring funders and policymakers to rise to their feet in cheers about this news? –Kathi Jaworski