The Making of a Prospect 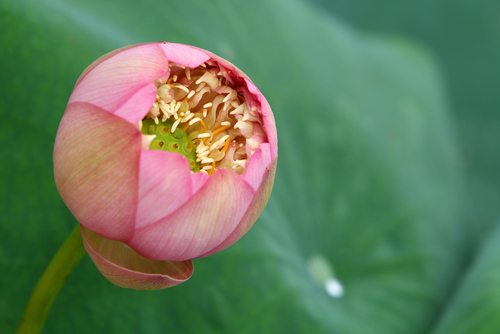 What’s In A Name?

In “Are We Talking the Same Language?,” which ran as a feature on this site last week, Simone Joyaux set out to define the terms that are commonly used (and misused) by fundraising professionals when they talk shop.

What is the practical import of defining these terms? Does enumerating the nuances between words such as “constituent,” “leader,” and “stakeholder” amount to anything more than wordsmithing? Joyaux argues that it does, because “we can’t have a useful conversation [about fundraising] until we share a common understanding.” ­­I believe that the implications of understanding these terms exceed the consequence on which the author focuses.

Consider the term “prospect”: A fundraiser’s understanding of this word’s meaning can have a tangible impact on the accuracy of his or her financial projections and even on an organization’s bottom line. Most fundraisers classify the people from whom they hope to raise money into two categories: potential donors and donors. Traditionally, potential donors are known as prospects. However, Joyaux provides us with a predicate stage that exists in the field of development—“suspect.” Suspects are people “whose interests and actions suggest a possible inclination…toward your organization’s cause.”

(Feeding into widespread negative perceptions about fundraising, the term “suspect” is far too criminal in nature—as egregious, if not more, than the word “solicitation.” Acknowledging this, Joyaux renames this category of people “predisposed.” I give this maneuver two thumbs-up.)

A predisposed morphs into a prospect only after he or she demonstrates interest in an organization by taking a proactive step. Attending an event, signing up for a newsletter, or volunteering one’s time are actions that show the conversion from one of the predisposed to a prospect.

But I think an even more basic category has been left off the list. “Capable” must be added to our fundraising glossary. Capable refers to individuals of significant net worth who possess the ability to make a sizable gift to the organization.

Of course—you’ll say—this is stating the obvious. Why bother pointing it out? I label this predicate stage because wealth can be so dazzling and alluring that fundraisers may jump the gun to place capable people in the category of prospect. In their zealous, well-meaning efforts to reach higher goals on behalf of their organizations, fundraisers tend to identify individuals with great capacity while glossing over the alignment of such individuals’ values and interests with those of the organization.

Combing sources like Forbes’ Richest People lists, reading media coverage about major gifts from by philanthropists to other institutions, or scanning journals from other organizations’ events often sends fundraisers hot on the trail of a silver bullet that does not exist. First off, when these types of information are made public, you can be sure that you are not the only person perusing them with thoughts of cultivation. Your target has likely been inundated by others who got to him before you even thought to make your move. More importantly, if the philanthropist’s interests or actions are only tangentially related to your organization’s mission, and no other reason (such as reputation management or quid pro quo) is compelling him to give, the likelihood of success will certainly be limited. Capability merely indicates that an individual can give, not that he or she will.

Nor should fundraisers make the mistake of treating foundations differently in this respect. Foundations are particularly mission-driven. The size of a foundation’s endowment is largely irrelevant if your organization’s work does not directly address the foundation’s funding priorities. I’ve learned this lesson the hard way, breaking my teeth over a fifty-page grant application to win a grant from a foundation whose priorities were not sufficiently aligned with those of my organization. Foundations are sophisticated funders that appreciate the difference between genuine synergies with your organization and forced efforts to cast your organization as a natural fit for the foundation’s checkbook. Spending time researching foundations’ niche areas of focus—or, better yet, speaking with foundation officers—provides you with a much better informed sense of whether applying for the grant is a worthwhile endeavor.

Yes, capability is a vital ingredient to a meaningful gift. But a realistic assessment of the person’s interest must accompany financial ability. It is, in fact, the coalescence of capacity and predisposition where a fundraiser finds the prospect sweet spot.

Utilizing the foregoing framework enables a fundraiser to better shape a cultivation strategy and more accurately assess what to expect from an individual. High capability/low interest does not necessarily mean “stay away.” A high-capacity friend of an honoree might well give a generous one-time gift in honor of the event; just don’t expect more. A very passionate volunteer can give a financial gift that is meaningful to him or her, or can introduce others to the cause—but hopes of a major gift are likely to fall short.

Financial projections have historically been one of my least favorite activities in the campaign cycle. My disenchantment with the process does not emanate from an aversion to math. Rather, it stems from unrealistic demands on behalf of senior organizational management for overly ambitious goals. I believe these unrealistic expectations are a consequence of conflating predisposed individuals or capable individuals on the one hand with prospects on the other. We need to call it like it is: When estimating revenue, we should properly classify their constituents into the categories of donor, prospect, predisposed, and capable. A conservative estimate would be the sum of gifts expected from donors, a realistic estimate would be the sum of gifts expected from donors and prospects, and a more aggressive estimate would include to some extent projections from predisposed and capables.

Of course, classifying each and every person on your list correctly will not produce actual numbers that mirror projections. Actual revenue is the product of generous donors, mindful cultivation, and steadfast tenacity.

Acknowledging the differences between these categories—not only cognitively, but in fundraising practices—will provide nonprofits with more accurate financial pictures, which will in turn inform their efforts to fulfill their missions.

Rachel Cyrulnik serves as Strategic Development Director for Altruicity, Inc. and Consultant for the Hirsh Consulting Group. Drawing on a decade of work in respected nonprofit institutions, she specializes in business development and strategic organizational growth. Rachel holds an MPA from New York University.