The Most Complained About UK Charity—But Will That Dissuade Donors? 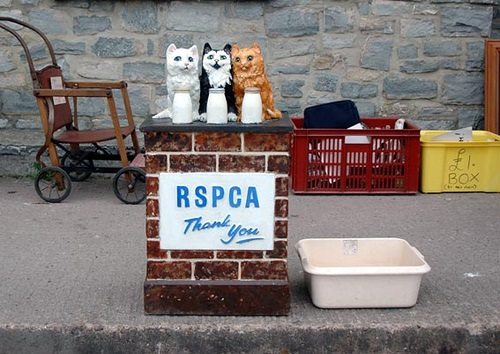 Following an energetic awards season, from the Oscars and Grammys to the Tonys, a UK charity has been awarded that nation’s top spot as that country’s most-complained-about charity. The Royal Society for the Prevention of Cruelty to Animals (RSPCA) claimed the top spot this year after finishing second in 2013. Just below the RSPCA in the 2014 complaint rankings were The Royal British Legion with five complaints and The Canal & River Trust with four.

While RSPCA did claim the top spot, its official complaint tally did decrease significantly from last year, moving from 18 official complaints to just six this year. An RSPCA spokeswoman discussed the change in complaints between 2013 and 2014, stating that the decrease “proves the RSPCA listens to feedback we receive from the public and continues to strive to make improvements year on year.” She also stated, “For a charity that receives more than a million calls to its cruelty and advice line every year and investigates more than 150,000 complaints of alleged cruelty every year, this is a minute amount.”

The figures reported represent the number of complaints the charity regulator followed up on, rather than the total complaints received—many complaints fall outside of the regulator’s responsibilities. In an interview with Liam Carroll, the Complaints Manager at the Charity Commission, Mr. Carroll stated, “The number of complaints received about a charity would not necessarily mean that the charity had acted wrongly or contrary to its charitable purpose…a case might be opened into something that turns out not to fall within the commission’s regulatory remit.”

But let’s be real. Some of the focus on the RSPCA may be due to their activism. Nick Hallett of Breitbart.com writes that there are “growing fears that the RSPCA is becoming increasingly politicised and developing a radical animal rights agenda.”

“Earlier this month, a vegan who compared farming to the Holocaust narrowly missed out on being elected the charity’s governing body. However, another hard line animal rights activists who wants to charity to campaign against the legal practice of game shooting, succeeded in winning election.

“The group was also criticised after spending hundreds of thousands of pounds on failed prosecutions of foxhunts across the country. In January last year, former solicitor general Sir Edward Garnier accused the RSPCA of ‘using the weapon of the state prosecution for political campaigns’ after it spent £326,000 taking the Prime Minister’s local hunt to court.”

The media blitz surrounding the award coincided with RSPCA Week, one of the organization’s main fundraising efforts. But we imagine that the complaints won’t dissuade many of the organization’s donors—the really bad news is that animal cruelty complaints, which they investigate, are up over last year.—John Brothers and Ruth McCambridge