The Motivations and Vision for One Nonprofit News Startup 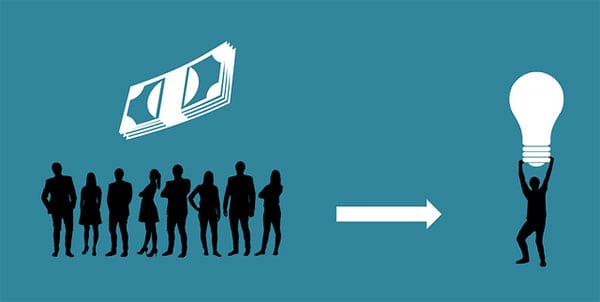 These days, it is getting hard to keep up with the pace of growth of nonprofit journalism. The latest story comes from Richmond BizSense, where Jonathan Spiers reports that, “A network of news websites with a nonprofit business model expanding across the country has lured away a team of reporters from the Richmond Times-Dispatch to launch its first Virginia outpost.”

The new publication, which Spiers indicates will be called the Virginia Mercury, will be “an all-online publication that will focus on state government and policy news coming out of the General Assembly and topics such as healthcare, campaign finance and criminal justice.” It is expected to launch next month.

The initial four-person reporting and editorial team includes three former Richmond Times-Dispatch reporters, along with a former reporter with the Virginian-Pilot, a paper which serves Virginia Beach, Newport, Hampton Roads, and other nearby communities in southeast Virginia and northeastern North Carolina.

The new nonprofit media outlet, notes Spiers, is backed by two Washington, DC-based nonprofits, the Hopewell Fund and New Venture Fund. Together, they aim “to establish a network of similar news outlets” by helping launch both newly created media outlets as well as supporting and existing ones, such as NC Policy Watch, the Colorado Independent, and Maryland Matters. Both New Venture Fund and Hopewell Fund are managed by Arabella Advisors, a DC-based consultancy that advises philanthropy.

“The idea,” Spiers explains, “is for the sites to be funded entirely through donations, both from private donors and from reader contributions. The bulk of the launch funding is coming from New Venture Fund, while the goal is for each site to become self-sustaining.”

The news outlet has no plans to charge for stories. Indeed, there is a commitment that “news on the site will be free and not involve a paywall,” writes Spiers.

Robert Zullo, one of the three former Times-Dispatch reporters, will serve as the Virginia Mercury’s editor. Zullo says that the media outlet will focus on covering Virginia government and policy issues. At the same time, while the focus will be on government and policy, “we’re also going to be open to the stories that we come across,” Zullo explains.

Zullo adds, “To a big extent, we’re going to be figuring this out as we go along—figuring out what’s our niche, what makes sense to use our small staff on. The idea is really not to chase what everyone else is doing and [instead] try to see where we can fill a gap in news coverage of the state. Where I see that right now is in policy coverage.” The group’s offices will be located at 1011 East Main Street, a short walk to the Virginia state capitol and Richmond’s city hall.

As Spiers makes clear, while outside investment dollars from philanthropy have provided the start-up capital, the launch would have been highly unlikely to occur were it not for the decline of local commercial media. For example, the Richard Times-Dispatch, from which three of the initial staff are drawn, suffered staff layoffs just this past February. The Times-Dispatch, adds Spiers, is owned by BH Media Group, a subsidiary of Warren Buffett-owned Berkshire Hathaway. The fourth reporter comes from the Virginian-Pilot, which, Spiers points out, was sold last month “to media conglomerate Tronc in a $34 million deal that included other properties such as Style Weekly and Inside Business in Hampton Roads.”

Ned Oliver, a former Times-Dispatch colleague of Zullo, noted that consolidation in commercial media definitely fueled his interest in deciding to join the new nonprofit startup. “It’s sort of demoralizing what’s going on with the print news industry, and I was thinking, ‘I’m still kind of young, I’m 32, what’s my next move?’ [Zullo] approached me and it just sounded like a great opportunity. I’m really excited about the chance to start something new and help shape it.”

All of that said, it does make good sense to site news gathering in nonprofits. The plan as stated here is ambitious and promises to be a bear to implement. But, that’s what we in this sector are all here for.—Steve Dubb