The Problem of Blurred Sectors: Politicians, Charity, and Business in Sacramento 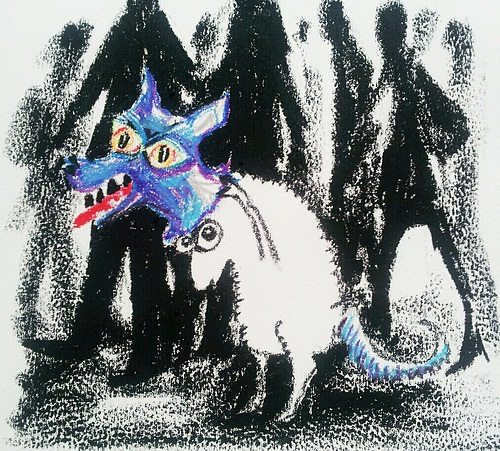 Politicians have traditionally helped local charities, but sometimes that help can be much more than the kind of arms-length transparent support we should expect. In Sacramento, California, some city elected officials have invented new ways to collect money and funnel it toward their own political agendas, and there are no rules to keep up with them.

Earlier this month, pro-labor Democrats asked the California attorney general and Fair Political Practices Commission to investigate Mayor Kevin Johnson’s 501(c)(3) organizations, which collected hundreds of thousands of dollars from Walmart—an archenemy of organized labor—leading up to a vote on the city’s controversial big-box store policy.

At the same time, Sacramento City Councilman Jay Schenirer’s nonprofit, WayUp Sacramento, has also raised eyebrows because it, too, blurs the line between official government business and that of a private nonprofit organization. WayUp helps fund programs for at-risk youth.

Last year, the City Manager said it was inappropriate for outside nonprofits, like Mayor Johnson’s education nonprofit or his arena-booster group, to operate out of City Hall or use city resources. The Councilman’s group looks similar to Johnson’s groups. WayUp receives big donations through the city’s “behest” system, just as the mayor’s nonprofits do, from businesses like Walmart, AT&T, and Sutter Health, along with foundation support from the California Endowment. WayUp has taken in nearly $800,000 since Schenirer was elected in 2010.

WayUp’s staff includes Schenirer and his district director, though neither of them is paid by the charity. Some of WayUp’s staff are paid with a blend of city money from the Councilman’s district office budget and money fundraised privately. And their jobs are a mix as well, which is highly unusual: “Some of it is under the brand of WayUp, some of it is under the [council] district,” explained Schenirer.

“It’s somewhat curious that ‘brand’ is the word they use [to describe the charity],” says Jessica Levinson, professor of election law at Loyola Law School. “‘Brand’ can certainly be seen as PR for the candidate.”

She’s not sure Schenirer is doing anything wrong, though she adds, “The thing that feels a bit funny is that it is using government resources.”

Schenirer is an education consultant. Among WayUp’s stated goals are “an ambitious, rigorous, and comprehensive strategy of reform” for schools in his district, and it advocates policies that are related to the work done by his consulting business. If this is where Schenirer’s interests as a public office holder, politician, and professional education consultant all intersect, are there official policies saying how much intersection is okay?

The short answer is no, according to the political watchdog group Common Cause. “What Mr. Johnson and the other council members are doing is…innovative. Our biggest fear is that in California, we’ll start to see models like the one Kevin Johnson set up,” says its attorney.

The cozy relationship between elected officials and certain nonprofits is an old story across the country. It is an open secret among lobbyists and government relations officers for a wide variety of special interests—from developers seeking local, but crucial, building permits to defense industry companies bidding on big military contracts—that donating to a politician’s “favorite charity” can help seal the deal.

It is often done to circumvent campaign finance limits by avoiding a direct gift to the elected official. By steering a big donation to a nonprofit in his or her district, the politician curries favor with constituents and opinion leaders, or indirectly delivers funding and services, looking like a hero. It’s sometimes more effective than what they could buy with another campaign mailer or TV commercial.

Several years ago, a now-retired Los Angeles City Councilman was accused of directing contributions to nonprofits in his district. The donors represented real estate developers, billboard companies, and cable TV operators, all of whom had matters before the council but had maxed out their political contributions (it also helps that charitable donations are tax-deductible while political contributions are not).

The fact that our political leadership takes an interest in community-based nonprofits and encourages business leaders to support charity is, in theory, a good thing for a civil society. But when the relationship is too cozy, or there is a hidden partisan political agenda, or it is to advance private commercial interests, it crosses the line into old-fashioned, garden-variety corruption.—Larry Kaplan