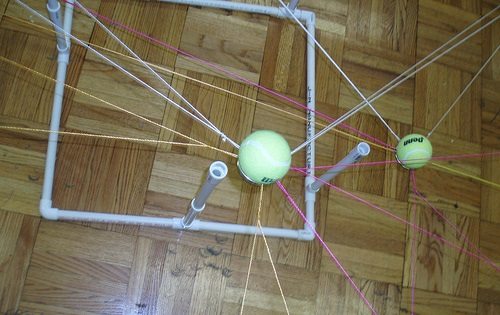 In December 2012, a state audit of Buffalo United Charter School, a charter school in upstate New York, was very critical of the organization’s relationship with the company hired to manage the school: National Heritage Academies. The audit states in no uncertain terms that the board of the nonprofit charter was giving too much control over to NHA, including almost all financial oversight, which would normally be the responsibility of the board and its treasurer.

Now, two years later, it is unclear whether the board has taken the corrective action they were encouraged to implement. In a reply to a recent article in ProPublica, an NHA spokesperson said, “Our approach relieves our partner boards of all financial, operational, and academic risks—a significant burden that ultimately defeats many charter schools.”

Part of the issue is that the relationship between Buffalo United and NHA amounts to what is known as a “sweeps” contract, in which almost all of the public funds given to the school are then paid to a for-profit organization that manages the school. This, then, means it is almost impossible to audit the real expenses, and by implication how much profit is being turned, as the funds are held and expended by a for-profit corporation that is not under the same burden of transparency as a nonprofit.

Based in Grand Rapids, Michigan, National Heritage Academies is a for-profit company that boasts of a very strong academic program, with teachers who “meet students at their ability level and encourage them to go beyond,” according to the homepage of the website. It was founded in 1995 by J.C. Huizenga, a businessman who, among other things, created the company Waste Management, Inc. He wanted to create a charter school, he said, after the birth of his son prompted him to think about educational options. He apparently chose to create a for-profit company because it allowed access to different bond markets. There are reports that a banking syndicate led by National City Corp. and Comerica have agreed to invest millions of dollars in the company. Comerica, based in Michigan, has a presence supporting public schools in Ann Arbor and Detroit.

According to the Data.NYSEd.gov website, 92 percent of the school’s students were eligible for free or reduced-price lunch. This would indicate there is a high level of poverty among the students and their families.

Buffalo United’s IRS Form 990 for the year 2013, as posted on GuideStar, suggests the school had expenses totaling $8,861,645. The tax filing also reports that $8,021,061 went to NHA for “Management Services” and an additional $858,720 went for “Rent,” which suggests that NHA owns the building the charter school is housed in, a common NHA practice. (The math doesn’t seem to work here, as the amount reported as paid to NHA exceeds the amount reported as total expenses.) That aside, the school reports receiving $8,850,707 in “Government Grants.” So, all or almost all the money given to the school to educate the students is given to NHA, one of the very issues pointed out by the state audit.

How much profit NHA gains from its contracts to manage charter schools in eight states is unclear and virtually impossible to gauge, as the corporation does not disclose its finances. Using the number of students listed as enrolled at the school, these numbers would mean it costs about $13,750 to educate a student at the school. Buffalo public schools have been reported as having one of the highest per-student costs in the nation. However, once capital spending on buildings and special grants are discounted, the number drops to a little more than $12,000 per student—less than that of Buffalo United.

In Michigan, the Detroit Free Press analyzed the rents NHA charges to the schools it manages and found charges of more than $1,000,000 per year to 17 schools. This broke down to square-foot charges higher than those of “prime real estate” in downtown areas of Michigan cities like Detroit, Royal Oak, and Birmingham, and significantly higher than would be expected for a school in a smaller community.

NHA’s claims of high academic standards and reports that Buffalo United is doing well academically may also be somewhat inflated. Earlier this month, a local Buffalo newspaper reported on a trend of students transferring out of local charter schools to enroll in the public school system again. The school with the second-highest percentage of students who transferred out and the highest actual number of students who did so was Buffalo United. Of the school’s 659 students, 94, or 14 percent, left the school and went back to public schools. The article suggests that there is some hint that students are being asked (or told) to leave charter schools because they are not doing well academically and are lowering the school’s test scores. In addition, apparently 20 percent of the students re-enrolling in the public schools have special education needs.

State statutes in New York, as with many other states, allow the board of directors of a nonprofit to vest the management of the corporation to a person or organization other than the board. Stories like this one in Buffalo are a good example of the challenges this represents. It may make life easier for the board, as the NHA spokesperson said, but it also allows a for-profit corporation to avoid the transparency and public oversight that are intended by laws requiring nonprofits to manage charter schools.

As reported by NPQ recently, Buffalo is not alone pushing back against this. The issue of its relationship with a for-profit corporation came up for a North Carolina charter school; the local school board has issued a warning to the school and its contractor to reveal specific information currently not available for public scrutiny. We can only hope that other states follow suit.

National Heritage Academies is not to be confused with the Heritage Academy in Mesa, Arizona, the subject of an article by NPQ’s Rick Cohen earlier this year.—Rob Meiksins