The Public’s Trust in Nonprofit Organizations: The Role of Relationship Marketing and Management 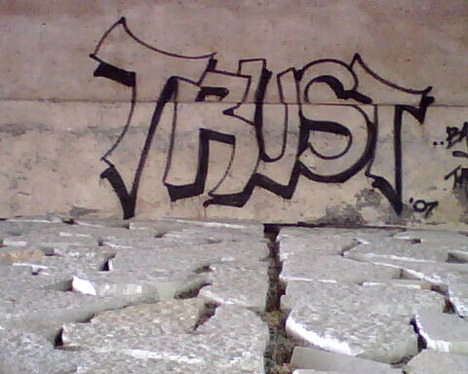 Nonprofit scholars and managers generally recognize that nonprofits need the public’s trust for legitimacy, for effectiveness, and for non-financial as well as financial support. Yet, a complete literature search uncovers no operational or managerial definition of the public’s trust in these organizations. This article offers a conceptualization of the “public trust” that is applicable to nonprofit organizations, touches on what relationship marketing theory says about restoring that trust once corrective action has been taken, and identifies the managerial actions that might impair that trust. It also offers an operational guide in tabular form on the meaning, management, and marketing of the public trust in nonprofit organizations.

This article argues that the public’s positive or negative experiences in core transactions with an organization may be the principal bases for the impairment or improvement of the public trust. It identifies five core nonprofit-public transactions:

These transactions distinguish nonprofits from firms. Breakdowns in these transactions are likely to be significant enough to have meaningful consequences and reverberate throughout the organizational structure.

At least six antecedents or conditions can modify the favorable impact of any relationship marketing message (including the most contrite) by a nonprofit organization:

Concepts of the Public Trust in the Nonprofit Organization

Another way of describing this relationship is principal-agent, where the nonprofit (the agent) serves a public purpose—the public being the principal—in exchange for tax benefits.5 In principal-agent relationships, there is the question of whether the principal (the public) can trust the agent (the nonprofit) to act on its behalf as promised. The operative trusts are trust of specific performance as agreed and custodial trust over the assets the public invested in and which are held by the nonprofit so that it may perform as agreed in its mission.

In agency theory, an agent is hired partly because the principal needs to rely on the discretion of the agent if information is asymmetric—the agent has superior or timelier information. If so, trust also relates to the confidence the principal places in the agent’s intelligence and discretionary choices—that is, given the competing exigencies, the nonprofit management will make the “right” decision on behalf of the public it serves. As Mark Granovetter notes, trust is the confidence that others will do the right thing even with incentives to the contrary.6

Kenneth Arrow’s concept of trust in nonprofits is grounded in a concept of congruence of interest—A can trust B because A and B have a similar interest, purpose, or orientation.7 Thus, individuals create organizations and become clients to assure that their preferences are attended to and not subordinated. Put another way, the asymmetry in the information between the producer and the client and the need for the client to rely on the producer lead to the crea