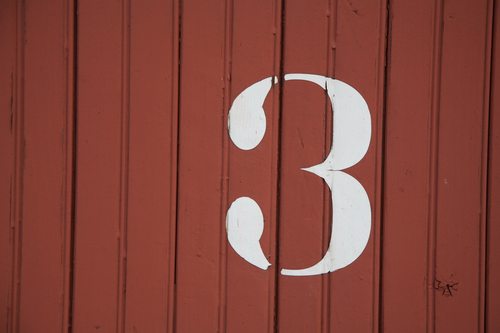 Three stories this week from locales as different as New York City and Wyoming illustrate the critical importance of engaging politicians and the political process if nonprofits want to enhance their missions—and stave off threats to their ability to serve their communities.

First, from New York City, focusing on the upcoming election for mayor, reporter Michael Howard Saul writes in the Wall Street Journal that philanthropists and some parks advocates are worried about Democratic candidate Bill de Blasio’s support for a piece of state legislation that would require well-funded New York City park conservancies to share money with poorer parks. They say it would have a chilling effect on charitable contributions.

De Blasio, who has an huge lead in the polls and is quite likely to be New York’s next mayor, was an early supporter of legislation in the state senate that would force a park conservancy with a budget of $5 million or more to give 20 percent of its operating funds for redistribution to other, smaller parks.

The Journal reports that although the bill didn’t get a vote in the state legislature after it was introduced, it could gain momentum, especially if de Blasio wins in November. Similar legislation could be introduced in the City Council, or it could be imposed administratively by city officials he appoints.

The proposal would take money from well-financed nonprofit groups, such as the Central Park Conservancy and the Prospect Park Alliance, and give it to a nonprofit group called the Neighborhood Parks Alliance, where it would benefit parks in poor neighborhoods in the South Bronx or Flushing Meadows in Queens. While it seems like sound public policy, it is an unprecedented involvement by government on what things private nonprofits spend the money they raise privately.

According to Peter Sloane, chairman and chief executive of the Heckscher Foundation for Children, which has provided millions of dollars to the Central Park Conservancy for playgrounds, ball fields and other projects, “That would be a “violation of not just what we intended but what we are committed to doing.”

The concept fits neatly into the central themes of de Blasio’s campaign—addressing income inequality and making a clean break from the Bloomberg administration. While the number of parks has increased during Bloomberg’s term, the Journal says that critics say parks outside of Manhattan have languished while higher-profile open spaces in Manhattan are kept up with private donations. The best funded of those groups is the Central Park Conservancy, with an operating budget this year of $58 million.

The executive director of New Yorkers for Parks, an advocacy group, said forcing nonprofit groups to share such donations would “chill off all philanthropy.” Some legal experts say the proposal would represent a tax on charity. Several smaller park organizations have come out in support of the idea.

The proposal is a striking example of political leaders directly injecting themselves into the distribution of private philanthropic dollars, actually redirecting contributions by law. While it is common for government to regulate the practices of charities, directing them to reallocate the funds they raise privately to certain causes or projects takes oversight to an entirely new level.

The second example, also from New York City, demonstrates how critical it is for nonprofits that rely heavily on government funding to engage, and get the support of, government funders—both politicians and bureaucrats. The City Limits news website ran a story headlined “Latino Nonprofits Blame Mayor’s Policies for Struggles.” The story by Marlene Peralta, which also ran in the Spanish-language El Diario, says that Latino-focused charities are blaming contracting reforms by the Bloomberg administration for making it harder for them to compete for funds.

Latino nonprofits have played high-profile roles in the Latino community, offering a range of services from health care to after-school programs and legal help with immigration. But, according to the Hispanic Federation, which represents about 60 of these organizations in the New York area, the economic crisis and policies under Mayor Michael Bloomberg have hurt these community organizations.

“There has been a real focus on supporting large nonprofit organizations, which in many cases aren’t community-based,” says the Federation’s executive director. Many nonprofits survive on private donations—but Latino groups depend mostly on public funds, because the community’s culture of philanthropy is relatively recent and does not reflect the level of depth and breadth that is more common in established communities. (This is true for philanthropy in communities of color across the U.S.)

Given that it’s an uphill battle to raise private capital, the Federation has complained that the rules imposed by the current administration to access public funding are “unfair” and have resulted in less money and fewer contracts for Latino organizations, because they’re poorer and less established.

For example, one requirement to obtain city funding is that organizations have capital available—many community-based Latino charities do not. In addition, funds are disbursed through reimbursements, meaning the organization must have the cash flow capacity to wait for them. This puts Latino organizations—which, according to the most recent census data, represent the poorest group in New York City—at a great disadvantage.

To address criticism about the lack of funding directed to smaller nonprofits, the Bloomberg administration has created several initiatives that benefit them, in addition to donating some of his own millions to over a thousand organizations. But virtually all of the people interviewed for the story said that the policies of the current mayor were what ended up “choking” groups, a majority of which get a large part of their funds as contractors for city agencies.

Additional funding comes from the city council. Known as discretionary funds, they are another source of public funding that comes through individual council members, but the way these funds are distributed has come under strong criticism recently; a 2012 report found that the process is strongly politicized, and in many cases, it provides fewer benefits to the poorest districts.

Political scientist Angelo Falcón told City Limits that the “excessive dependence” of nonprofits on local government has a “detrimental effect,” causing the loss of “much-needed independent activism” that is able to put the issues that impact the community at the forefront. A lack of Latino representation in the municipal government’s workforce is another negative factor, especially when deciding how to distribute resources. Finally, Falcón points to “a lack of political leadership,” because the nonprofit sector’s agenda isn’t being promoted, adding, “We don’t have enough influence to pressure the Council” to push an agenda for Latinos or people of color.

Experts recognize that being almost absolutely dependent on local government is at the root of the financial problems of these organizations, which at one time were also the major activist voices of the community. The long-term solution is to diversify their funding base to include private foundations, corporate supporters, wealthy individuals and grass roots fundraising, much as the Jewish community has done over the past century.

But in the short run, if New York’s Latino nonprofits are going to disproportionately rely on the public sector, they must step up and engage the public sector decision-makers they rely on, both elected officials and agency bureaucrats. That means having a well thought-out advocacy strategy and a set of tactics that can be effectively implemented to produce positive results.

Finally, from across the country—Wyoming, about as different as you can get from New York City—comes a story with a very similar message: Nonprofits must get involved in the political process in order to make their case to politicians. The Wyoming Star-Tribune story says that a tighter property tax exemption for charitable organizations is a goal of the state Legislature’s Joint Interim Committee on Revenue because it believes that people have found loopholes in the laws to save money on property taxes. Draft legislation will require a charitable trust to benefit the people of the state, not people in another state or country.

Cited as an example was a local charitable trust that claimed a property tax exemption, which benefited a university in Peru. Proponents of the bill say similar charities represent a chunk of property tax revenue lost to county governments, and the goal is to make the law on charitable organizations as tight as the one on exemptions for religious organizations. There was nothing in the news coverage about the response of Wyoming’s nonprofit community to the proposed legislation, which may well come once it advances through the state capital.

Again, this story shows how elected officials are not hesitant to inject themselves into the business of the nonprofit sector if they perceive a public policy issue that needs attention, let alone for political reasons. But nonprofit leaders in Wyoming—one of America’s most rural and politically conservative states—share something with their colleagues in New York City: elected officials getting into their business.

Regardless of whether or not their objectives are sound from a policy perspective, and regardless of their political motivations, politicians’ influence will be felt. The challenge for nonprofit leaders is to be ready to step up and engage them effectively, protecting not only their organizations’ interests, but the interests of their clients, communities and the general public as well.—Larry Kaplan