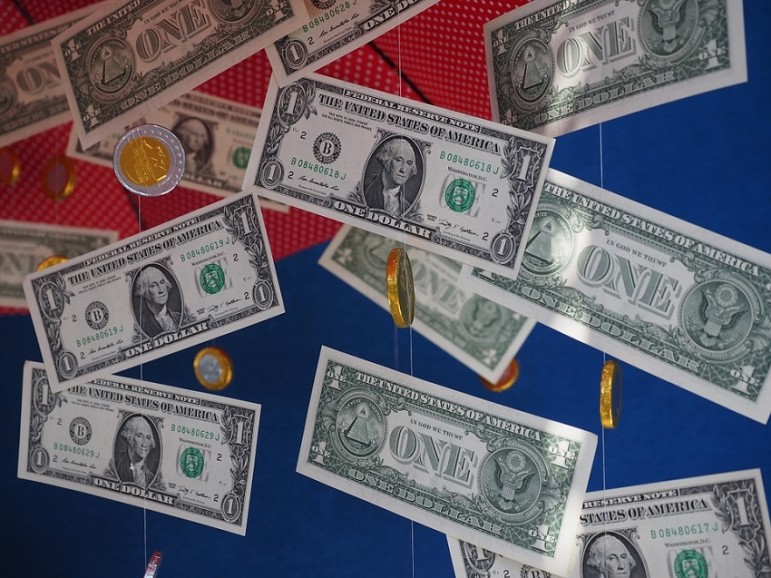 When it comes to housing affordability, Peter Drier says in his post on the Rooflines blog, “There are two ways to solve this problem: One, raise wages, and two, provide more subsidized housing to help fill the gap between incomes and rents. In recent years, the federal government has done neither.” Professor Drier then fleshes out what a universal housing subsidy could look like, building on the Earned Income Tax Credit (EITC). Alas, his explanation of adding a need-based housing subsidy demonstrates the complexity of defining and implementing this benefit on top of an already complex tax code. Still, he concludes, the idea of creating a housing subsidy inside the tax code makes some sense.

Professor Drier’s exercise is not much different than Matthew Desmond’s recommendation in Evicted where Desmond, who is not an economist, imagines making housing vouchers a universal entitlement.

The idea is simple. Every family below a certain income level would be eligible for a housing voucher. They would use that voucher to live anywhere they wanted, just as families can use foodstamps to buy groceries virtually anywhere, so long as their housing was neither too expensive, big and luxurious. (Evicted, page 308)

But then, Desmond has to acknowledge that the idea is actually not so simple. Like Drier, Professor Desmond is forced to imagine a bureaucracy of accountants to “develop fine grained analyses, borrowing from algorithms and other tools commonly used in the private market.”

Still, as both Drier and Desmond argue, there should be a universal need-based housing entitlement that is as simple as the “child tax credit” and is paid out monthly rather than once a year. Maybe instead of arguing over who’s qualified to be the next President, Bernie and Hillary could come up with a slogan and a position paper (respectively) on affordable housing. Wasn’t Trump a real estate magnate? He must know something about housing finance at the micro level. And there’s Cruz, who wants to simplify the tax code. Why not make housing subsidy as simple as a child tax credit and get rid of all the bureaucratic overhead of local housing authorities? Someone knows how to do this. Would she or he please come forward?

Or, the U.S. could just simply raise wages, not just to $15 per hour (over years) as New York and California have done this past week, but to a living wage so that families are able to compete for housing on a level playing field without subsidies. That’s the idea behind Universal Basic Income (UBI). If it sounds crazy now, what about in five to ten years, when automation has eaten up all the $15/hour jobs and we’re back to even greater income inequality and costly “safety net” programs? (Crazy, you say? That’s what you would have said about free four-year, post-secondary education just four years ago. The times they are a-changing.)

Even the idea of fighting income inequality with income is a recent reinvention of New Deal principles. Since the 1960s, social policy has been a conflation of income inequality and social inequality that has hampered the battle against both. In an interview in the Atlantic, sociologist Kevin Leicht argues:

The politics of displacement is the substitution of cultural issues for discussions of issues of economic fairness. So just when it looks like we’re going to pass a tax bill that gives the middle class tax relief, it’s time to talk about abortion, sex education in the schools, multilingual education. Just about anything to distract attention from rising inequality and the complicity that government and public policy has in producing it.

Remember the “culture of poverty” discussions of the late 1970s? Policymakers decided that “throwing a check” at poverty wouldn’t work because the poor lived in a “culture of poverty.” (Think Cadillacs and the Welfare Queens of popular media.) Nope, giving money to the poor would only result in waste, fraud and abuse…so here we are today, paying social workers and accounting clerks to monitor miniscule “benefits” while the rich hide their assets from tax collectors in tax havens at home and abroad.

Failing to address economic inequality undermines efforts to address social (or structural) inequality, which need to be addressed systemically, not household by household. One quick example is racial segregation, which is not cured by providing vouchers to minority households but rather by removing the barriers to geographic mobility. Solutions lie in changing governmental decisions about issues like siting affordable housing, designing transportation patterns, fostering industrial redevelopment, eradicating environmental hazards, and equalizing education spending formulas, to name a few. Those decisions in turn are influenced by the proliferation of money in politics, geographic electoral representation, and the loss of civic engagement.

Like insects in a spider web that has seemingly popped up over night, ordinary people feel helpless. That’s what the spiders want. But the nice thing about webs is that you don’t have to find the single loose end in order to unknot them. Pull any string—they are all connected.—Spencer Wells