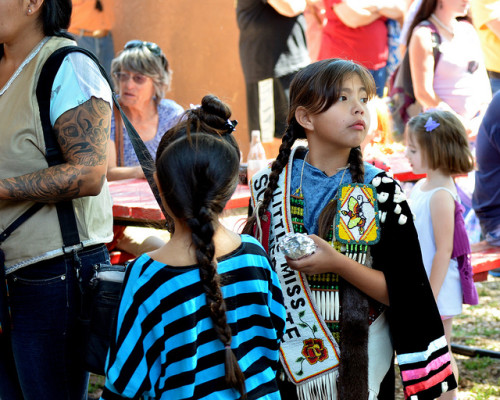 Although we are barely into the second quarter of 2016, the year has already seen its share of nonprofit organizations and key charity-run programs across the country fold due to unrealistic fundraising goals, poor management, and stagnant board leadership. Depending on whom you ask, the Southern Ute Cultural Center and Museum may have been destined to end up on that list of casualties all along.

Showing off a new tribal-funded, beautifully appointed place to call home, the Southern Ute Cultural Center and Museum’s relaunch in 2011 was not only off to a great start, the nonprofit was the belle of the ball in the West. The facility, which housed rich historical permanent exhibits on the history of the Ute people, including oral narratives, important flora and fauna, and scholarly archives, was declared by True West Magazine in 2012 as the “top history museum of the year.” It looked like the Colorado sky was the limit.

Sadly, the promising start devolved into missed fundraising goals, loss of support, and nonprofit staff having their paychecks held while refusing to reveal dwindling program numbers to tribal funders. The Durango Herald reports:

Even without the entanglement of tribal politics, running a museum in 2016 is not for the faint of heart. Since the 2008 recession, even longtime flagship intuitions such as Detroit’s Charles H. Wright Museum of African American History and the Detroit Institute of Arts have both been at risk of closure in the past few years due to their own financial issues and fallout from the city of Detroit’s bankruptcy.

There is also the building housing the collections to consider, as historically museums struggle with high fixed costs. These become Achilles’ heels when endowments dry up and revenues slip. Today’s museums also have to battle to stay relevant in modern cultural, entertainment, and tourism markets. They have more competition than ever before in every way. There are even more museums. In May 2014, NPQ reported that there were 35,144 museums in the United States, which is more than double the estimate from the 1990s.

Politics and fundraising aside, with the exhibits empty and the museum closed, a battle in the war to preserve history has been lost. However, with the Ute tribe maintaining the building and a majority of the artifacts, according to the dissolving nonprofit’s bylaws, it could be reopened by the tribe and once again be worthy of the drive.—Carrie Collins-Fadell