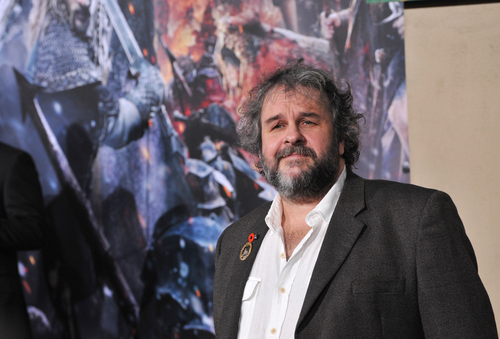 The unusual combination of a blockbuster film director, a retired army general, and military-themed boardgame players have come together to create a museum exhibition in Wellington, New Zealand.

The project is one to mark the Centenary of the First World War. It was originated by New Zealand’s Te Papa museum with the support of the country’s government, philanthropists, and corporate sponsorship.

The director of the Lord of the Rings and Hobbit trilogies, Peter Jackson, a New Zealander, was given the task of creating the exhibition. Lieutenant General Rhys Jones, who last year retired as chief of the New Zealand Defence Force, was asked to assemble and paint 4000 miniature soldiers for a diorama depicting the battle of Chunuk Bair.

“I am asking your help in organising wargamers around New Zealand to paint 4000 x 54mm figures for a Gallipoli diorama in Peter Jackson’s ‘Great War Exhibition.’

“One of my adventures in life is to be involved with Peter Jackson in creating the ‘New Zealand Great War Exhibition.’…With Peter being tied up until recently, completing the last Hobbit movie, we have an ambitious time frame to complete the work.”

“If these figures had been painted overseas, the diorama would not have meant as much to New Zealand as it does now,” said General Jones, who is now executive director of New Zealand’s National Military Heritage Charitable Trust. “It’s really heartwarming to see people do this. They realize the significance of it and are all incredibly proud to be a part of it.”

Peter Jackson says one of the main reasons he undertook the project was to tell the story of the Great War to younger generations. “A lot of young people today aren’t going to read stuffy history books,” he said.

Chunuk Bair took place in August 1915 after Britain and her allies, including Australia and New Zealand, had invaded Turkey. The battle was regarded a success for New Zealand troops. Over the next four years, the exhibition will evolve and change to reflect key periods during the First World War.—John Godfrey

To Build a Public Safety That Protects Black Women and Girls, Money isn’t the Only Resource We Need