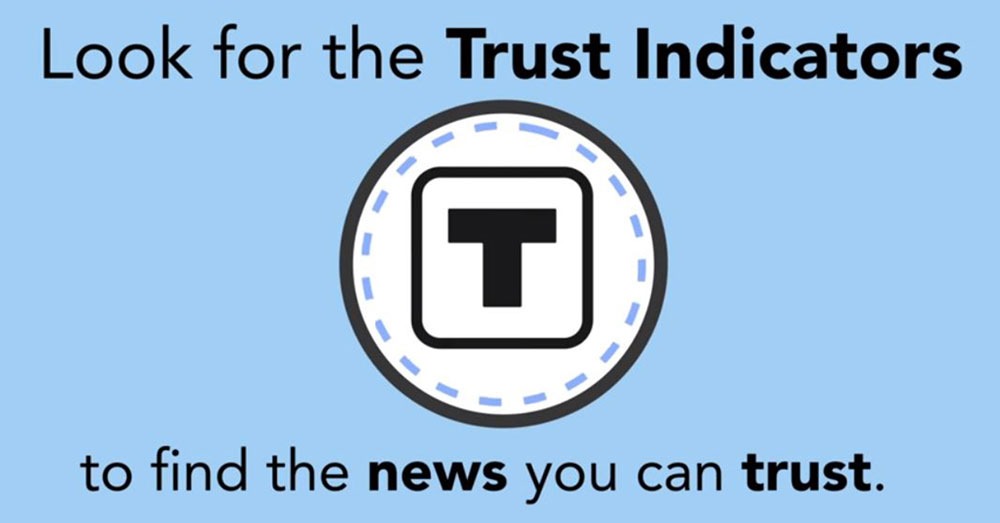 In a 2017 story in The Atlantic, Peabody-award winning journalist Sally Lehrman reflected on Americans’ lack of trust in the media and offered a solution. She suggested a transparent method that would enable a clickable way for readers to see if a story was labeled as “news, opinion, or sponsored content,” along with information about the author. She also envisioned information about the news site itself that would reveal “what commitments has it made to ethics, diversity, correcting mistakes, who owns or funds the site, who is the leadership and when was it was created.” Thinking more about the reader, she added, “If you liked, you could learn details about the site’s track record for reaching across economic background, race, age, gender and other differences to get the full story.”

Lehrman has been refining all of these early concepts in her work leading the Trust Project, an organization that has been incubated at the Santa Clara University’s Markkula Center for Applied Ethics for the past four years. After securing a $2.25 million gift from Facebook, Craig Newmark Philanthropies, and the Democracy Fund, the organization announced it was going out on its own.

The Trust Project’s comprehensive FAQ page clearly addresses the organization’s goals, funding sources, and collaborators. The site explains that its guiding principles are rooted in interviews with people throughout the world that focused on what they value in the media and when they trust the media most. A list of eight “Trust Indicators” emerged from these interviews, and participating news sites that implement them can display the Trust Project’s Trust Mark.

While major media platforms such as Facebook, Google, and Bing do use the Trust Indicators, even a smaller entity like INN Labs, part of the Institute for Nonprofit News, has developed a WordPress plug-in for its nonprofit members to use. The News Leadership Council, a diverse and international group, advises the Trust Project on core issues related to information literacy and building trust in journalism on an ongoing basis.

The Trust Project plans to use its new funding to broaden newsroom participation, to build tools to support future growth, and to raise awareness of Trust Indicators. As traditional financing models for news organizations prove increasingly inadequate in the US and throughout the world, the Trust Project’s aim to “strengthen links between the user loyalty generated by the Trust Indicators and the revenue streams that help news sites flourish, helping them fulfill their vital role in civil society and democracy” is significant.

In a statement, Lehrman, who will stay on in her leadership role as CEO, acknowledged the “early and important support” of Craig Newmark Philanthropies, Google, the John S. and James L. Knight Foundation, and the Markkula Foundation, which “funded staff salaries and operations, enabling us to build a strong foundation and turn my idea about a method to build trust in news into a reality.”

As an independent nonprofit, the Trust Project will now be responsible for raising money for itself. The fact that the organization has recognizable major funding sources will certainly serve as a huge boost as it moves forward. Plus, with a presidential election coming up in the US, the organization also has identified a need for on-the-ground “trust ambassadors” to help newsrooms do a better job meeting people’s needs. These are ambitious and timely goals for journalism and democracy globally.—Anne Eigeman