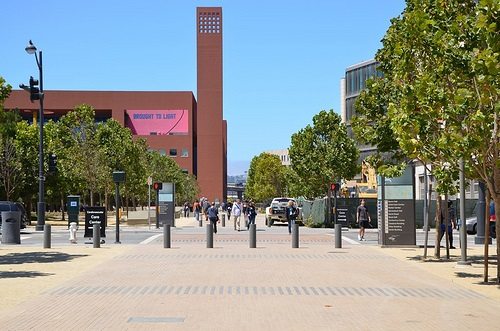 Three thousand individuals across the country have signed up for the Internet’s first class on abortion. Taught through the online education platform Coursera starting on October 13th, the University of California, San Francisco will become the first American university to offer a free class on abortion open to anyone who would like to take the class.

The six-week class, entitled “Abortion: Quality Care and Public Health Implications,” will include discussion about abortion, patient care related to abortions, and the many impediments women face finding safe abortions around the world. According to the description of the course, over 20 professors from different institutions will discuss abortion in different contexts. The free course will also include video lectures and accompanying tests and quizzes.

While Massive Open Online Courses (MOOCs) are a familiar phenomenon that has been met with both enthusiasm and disdain by professors, the significance of this story lies in this course being offered given the dismal state of sexual education in America, specifically education concerning abortion.

This past June, Louisiana lawmakers passed a pro-life bill that will prevent organizations that perform abortions or those affiliated with them, like Planned Parenthood, from distributing sex education material and information in state public and charter schools. Congressman and former superintendent of schools Frank Hoffman authored the bill because he believes the “abortion industry” has been unduly influencing public schools. State law in Louisiana already prohibits public schools from teaching about contraception or abortion as part of their sex education curriculum.

Louisiana is not the only state that has limited sex education for students. According to the Guttmacher Institute’s study on sex and HIV education across the country, 28 states, including California, New York, Massachusetts, and Michigan, among others, do not require sex education to be taught in their schools. Twenty-seven states indicate that if sex education is provided, it must meet certain requirements. Of these states, 13 mandate that instruction to students needs to be medically accurate.

The Guttmacher report then goes deep into the specifics of what states teach their students, which is worth a read. For example, 12 states require discussion of sexual orientation, but of those, three states insist on only negative information on sexual orientation. Eighteen states and the District of Columbia mandate that information about contraception be provided.

The inequalities and inconsistencies in the education that students receive prior to attending college makes UCSF’s class all the more revolutionary. Let alone talking about abortion, the majority of states do not require a discussion of sex at all.

However, the problem does not stop at high school or college. A 2009 survey (conducted between 2002 and 2005) found that a third of U.S. and Canadian medical schools do not include abortion education in their courses. Moreover, since 1996, the Accreditation Council for Graduate Medical Education has required abortion training for those schools providing residency programs in obstetrics or gynecology, but allows students who object to the training for moral or religious reasons to opt out.

Sarp Aksel, president of the board of Medical Students for Choice, an international nonprofit organization dedicated to expanding abortion education and training for medical students and residents, says, “We always say, without providers, there is no choice when it comes to pregnancy counseling.”

Dr. Jody Steinauer, who founded Medical Students for Choice and who is one of the professors of the online class, believes the class will provide abortion the platform needed for the kind of in-depth study that would likely not be received in a classroom setting.

Perhaps the most noteworthy and revolutionary part of this class is that it is open to anyone who is interested in learning about the topic. No tuition fees, waitlists, or lawmakers telling students “no.” You can sign up here if you wish.—Shafaq Hasan