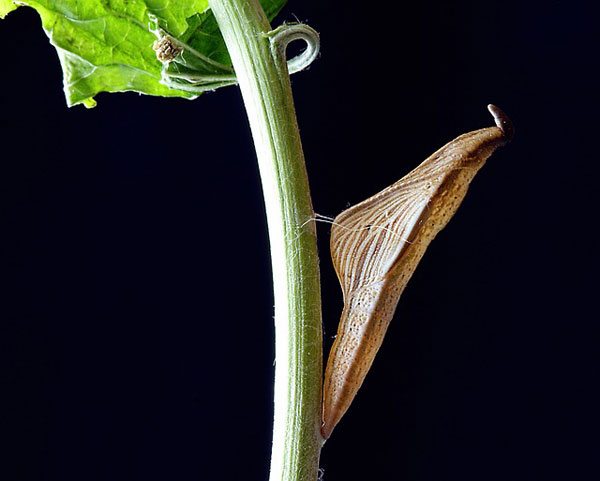 At the end of April, Chrysalis, a Los Angeles-based nonprofit that has helped over 60,000 people who are formerly homeless or suffered from other disadvantages find and retain employment, announced it was expanding to Orange County, drawn in part by a growing homeless population estimated to total 4,800 people. According to Chrysalis CEO Mark Loranger, further expansion is anticipated in 2019 and 2020. Clearly, Chrysalis is filling a need. But how does the Chrysalis model work? And how is it grappling with the challenges of expansion?

Chrysalis was founded 32 years ago by a young John Dillon, who had done a year of service with the Jesuits and decided to move from emergency service provision to helping people find and retain employment. Loranger, its current CEO, has led the nonprofit since 2009. Loranger notes that Chrysalis is part of an ecosystem of social enterprises in Los Angeles that includes Homeboy Industries, L.A. Kitchen, Los Angeles Conservation Corps, and the Coalition for Responsible Community Development.

“The common thread with all of those,” Loranger observes, “is that they all are producing revenue through jobs programs. They are trying to employ folks that move on to that next step. Goodwill is also a part of that.”

Chrysalis itself runs three social enterprise businesses. These are:

The nonprofit typically holds a daily orientation at 8 am for roughly 10 to 20 people. Some decide they’re not interested, but for those who are, Chrysalis conducts an assessment process. As Loranger explains, people coming to Chrysalis go through a set of four job prep classes taught by community volunteers, which are labeled simply “Job Prep 1 through 4.” These classes “provide everyone a common foundation, so when our case workers are assigned, there is a common vocabulary.” Among the topics covered are the basics of how to write a résumé and cover letter, along with an outline of what is expected by Chrysalis of its workers and what is considered appropriate behavior. Some take specialty classes: “For instance, if you have a criminal record, there is a specific course on that.”

After the client has met with another volunteer to develop a résumé and have a practice interview, he or she is then sent to a case manager—or “employment specialist,” as Chrysalis calls its case workers. “Sometimes, the decision is that this person is likely to be successful in a traditional job search approach and needs less support,” Loranger notes. Others needing more support are referred to the Chrysalis businesses. As Loranger explains, “They have to interview for those jobs; the bar is lower than the local grocery store or warehouse, but we want to make sure they are ready to work.”

If a person is hired, then that person gets placed on a crew. “You can work for us for up to 12 months,” Loranger explains. “All of the jobs are transitional in nature. They are not an end in themselves.” A typical tenure is from 3–6 months, with the average length at around four.

All told, the three social enterprises employ about 335 people at any one time, with over 1,000 employed over the course of a year. “It takes about 90 days for the stability factors to settle in,” Loranger says. Once that is the case, it is a signal to the Chrysalis case management team to start working on the outside job search. “We want people to leave; it is crazy, but that’s what it is. We hire folks no one else wants, get them skilled up, and they move out.”

Chrysalis starts its workers at the Los Angeles minimum wage of $12 an hour. The average client makes $2 an hour more when they leave; at $14 an hour, it’s not quite the $15 rate to which L.A. is ramping its minimum wage, but it’s more than the $13.25 minimum slated to come in July.

The nonprofit’s businesses earn enough revenue to pay all of their direct costs, such as workers, vehicles, insurance, and supervisors. But they don’t cover all Chrysalis’s expenses. “They make a profit on an operating expense,” notes Loranger, “then we load them up with social programmatic expense. They certainly don’t throw off enough profit to pay for everything. That is a fantasy.”

Years ago, Chrysalis was a participant in a social enterprise cohort that was organized by REDF (the Roberts Enterprise Development Fund), an intermediary that seeks to help social enterprises to increase in scale and impact. Loranger says, “It was a game-changer for us.” Loranger adds, “When we were first introduced to REDF seven years ago, they were expanding into southern California. We got a relatively modest grant.”

In addition to the financial support, being in a cohort was itself important, according to Loranger. “There is a program in San Francisco called Community Housing Partnership. They run residential programs; they are a housing provider. They also have a social enterprise—front-end staffing and janitorial services. We modeled our business after that and it exploded. We took that model to affordable housing groups in Los Angeles.”

Another way Chrysalis benefitted from being in the REDF cohort was the ability to participate in what the social enterprise field knows as the Mathematica study, named for the consultant group that conducted it, which was published in January 2015.

“Let’s face it,” Loranger says, “evaluations are hard and stressful and incredibly disruptive. But you can’t talk to a major funder without evidence of impact. We would not have been able to fund it on our own. Because of the [cohort], we had to generate the numbers and we could afford to do it because we only paid for a share of the study.”

The study did not just celebrate the achievements of social enterprise, however. It also highlighted how existing systems disadvantage the poor. For example, every dollar spent by a social enterprise was found to reduce overall costs to taxpayers by $1.31 due to decreased criminal activity and lowered use of government benefits. The businesses get back around 97 cents per $1 spent, just shy of break-even. (Chrysalis outperformed the group, covering its costs plus one percent.) But social enterprise graduates themselves come out slightly behind because their gains in income are offset by cuts in government support. In Chrysalis’s case, average worker earnings went up by $3,891, but since they’re able to pay—and thus pay more for—better healthcare and housing, these workers ended up with a net loss of $206. Of course, employment is higher, and the graduates may be able to increase their wages over time. Still, the poverty trap in government policy is evident.

Since the cohort ended, Chrysalis has continued to grow. Chrysalis completed its latest strategic plan in 2016. “The big headline,” Loranger notes, is to “double our impact over the next five years. We have strategies and plans to make that happen—programmatic growth—three additional offices in the Southern California area.” The Orange County office is the first of three new offices planned between now and 2020, which would double the total number of offices Chrysalis operates from three to six.

“It is an exciting time,” Loranger notes. “It is a huge challenge for an organization our size to be growing as rapidly as we are.” But, he contends, Chrysalis has “an obligation to do it.”

Chrysalis also enjoys the support of funders who are willing to support the scaling of Chrysalis. “Homelessness, poverty, and recidivism are getting enormous attention in California,” notes Loranger. “These are a sweet spot for us. We need to be a willing partner.”

Loranger offers the Orange County office as a case in point. “When we did a detailed analysis of where we wanted to open our office, we hired a consultant who lives in Orange County and interviewed 70-odd nonprofit leaders in Orange County.” When Chrysalis asked if anybody was doing similar work in Orange County, the response was straightforward—“No, when can you be here?”

“It is shocking, frankly,” Loranger reflects, that “jobs have not been part of this mix for how we can solve these issues. When it comes to homelessness, it is all about housing—but housing is expensive for those who need it.” Loranger suggests that boosting income through generating jobs can help. “For those who are ready, willing, and able to work, we ought to create pathways to make that happen.”

Loranger adds, “There ought to be five Chrysalis-size organizations in Los Angeles—there aren’t. There are one or two. From a competitive standpoint, I should be happy. But form a social science standpoint, I am not.”