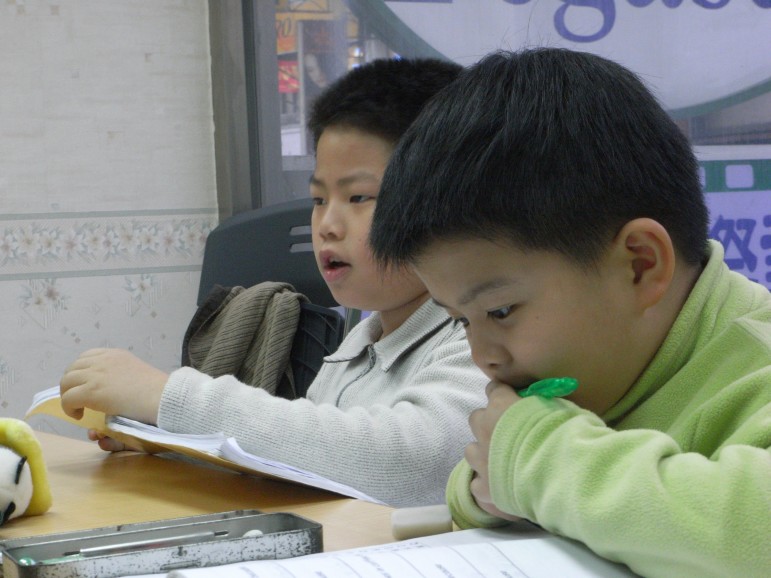 Last week, the U.S. Department of Education released results for the National Assessment of Educational Progress (NAEP), often described as the nation’s educational score card. Schoolchildren in the U.S. have taken the NAEP every two years since the early 1990s, and that legacy of consistency and longevity has given it a reputation as “the country’s most consistent measure of K-12 progress […] because it has been in place for so long, it can offer insight into the effects of demographic and policy changes.”

NAEP’s methodology has kept it above the controversies that have flared over many of the nation’s standardized tests, and it is often seen as the best way to understand how our nation’s schools are progressing. So when the 2015 results give little evidence that the “reform” agendas of the Bush and Obama administrations are bringing the improvements promised, it adds fuel to the debate over whether those approaches need to be changed.

2015 Math Results on the National Assessment of Educational Progress

For the first time since 1990, the mathematical skills of American students have dropped, according to results of a nationwide test released by the Education Department on Wednesday. […] Progress in reading, which has been generally more muted than in math for decades, also stalled this year as scores among fourth graders flat-lined and eighth-grade scores decreased.

The Washington Post pointed to another area where results were disappointing:

Tests again show large achievement gaps between the nation’s white and minority students as well as between poor and affluent children, an indication that the nation’s disadvantaged students are not gaining ground despite more than a decade of federal law designed to boost their achievement.

Supporters of the Bush/Obama strategy looked for ways to place the result in a context that saw more reason to stay the course. Michael J. Petrilli, president of the Thomas B. Fordham Institute and a strong supporter of many elements of the reform strategy, told the New York Times, “It’s obviously bad news. We don’t want to see scores going in this direction. That doesn’t mean we should completely freak out. This could be a one-time variation, and maybe we’ll see things come back next time. But if it were the beginning of a new trend, it would be quite disappointing and disturbing.”

Secretary of Education Arne Duncan had previously cited NAEP scores to support key elements of his education efforts. Two years ago, with the 2013 results in hand, he said, “All eight states that had implemented the state-crafted Common Core State Standards at the time of the 2013 NAEP assessment showed improvement in at least one of the Reading and/or Mathematics assessments from 2009 to 2013—and none of the eight states had a decline in scores.” Valerie Strauss reported in the Washington Post that he “defended those policies in a call with reporters Tuesday, saying that massive changes in schools often lead to a temporary drop in test scores while teachers and students adjust. But the new standards and other policies, Duncan said, are poised to improve student achievement—and students’ lives—in the long term.”

Critics of the current national educational strategy, like Randi Weingarten, the president of the American Federation of Teachers, saw these results as a validation of their position. “Of course we are disappointed” with the scores, she said. “But they should give pause to anyone who still wishes to double down on austerity and make competition, scapegoating teachers, closing rather than fixing schools, driving fear, and testing and sanctioning the dominant education strategies.”

Diane Ravitch, Research Professor of Education at New York University, was even harsher:

For nearly 15 years, Presidents Bush and Obama and the Congress have bet billions of dollars—both federal and state—on a strategy of testing, accountability, and choice. They believed that if every student was tested in reading and mathematics every year from grades 3 to 8, test scores would go up and up. In those schools where test scores did not go up, the principals and teachers would be fired and replaced. Where scores didn’t go up for five years in a row, the schools would be closed. Thousands of educators were fired, and thousands of public schools were closed, based on the theory that sticks and carrots, rewards and punishments, would improve education. But the 2015 NAEP scores released today by the National Assessment Governing Board (a federal agency) showed that Arne Duncan’s $4.35 billion Race to the Top program had flopped. It also showed that George W. Bush’s No Child Left Behind was as phony as the “Texas education miracle” of 2000, which Bush touted as proof of his education credentials.

Frederick M. Hess, director of education policy studies at the American Enterprise Institute, and Jenn Hatfield, a research assistant at AEI, described the results as a “train wreck” but questioned whether they would actually cause a rethinking of federal directions.

While the administration is self-avowedly “data-driven” and convinced that it knows “what works,” it’s not clear what, if anything, might persuade Duncan to rethink his push to federalize school reform or his cheerleading for the Common Core. Happy results are vindication, and poor results are just a sign that change is hard.

Are these results just a “blip,” and not an indicator of real problems? Or are they signs of real weaknesses in our national strategy? As the results are reviewed and further analyzed, these are the questions to keep our eyes on and that policy makers will be challenged to tackle.—Martin Levine