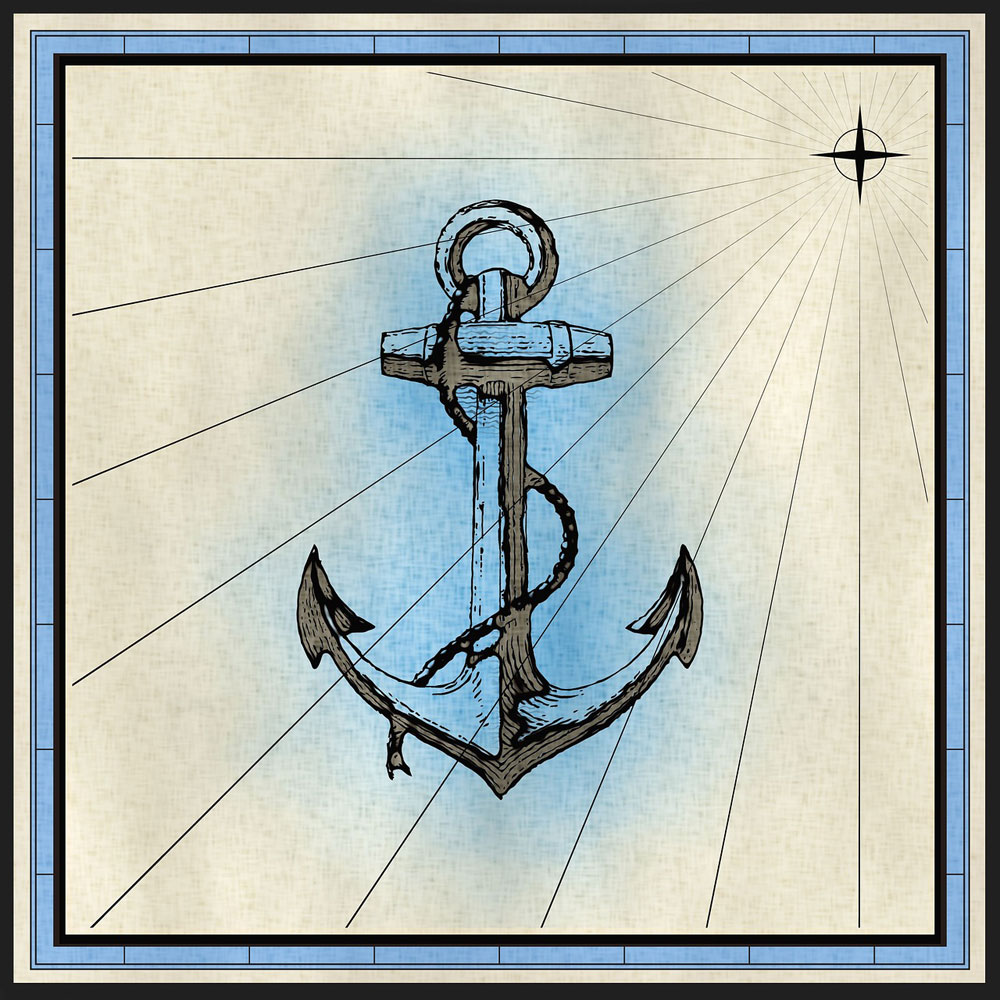 Last month, university leaders at two conferences took a hard look at the state of community engagement and what attendees at both conferences called an “anchor mission.” One of those organizations, the Coalition of Urban Metropolitan Universities (CUMU), brought together in Philadelphia a record crowd of nearly 500 people from its 100-plus member campuses under the theme “All In: The Urban Mission.” The other, the Anchor Institutions Task Force (AITF), which celebrated its tenth anniversary and gathered maybe 150 people, focused entirely on the role of universities and other place-based anchor institutions.

A lot has happened with respect to anchor institutions in the past decade. Ten years ago, anchor institutions existed as kind of an esoteric, quasi-academic concept. Today, the idea that institutions have an anchor mission is widely, albeit not universally, accepted. For example, 31 of the 105 member institutions of CUMU are participating in a three-year cohort called the Anchor Learning Network, which serves as a peer network to “intentionally apply their economic power and human capital in a long-term partnership with their local communities, to improve mutual well-being.”

And, at least, in terms of hiring and purchasing, there are already visible results. For instance, the campus at Rutgers University-Newark, and, as part of a broader group called the Newark Alliance, is seeking to increase local hires by 2,020 Newark residents in 2020 and to increase local spending from three percent of anchor purchasing ($30 million) to 20 percent ($200 million) by 2020. As of year-end 2018, the Rutgers-Newark campus had already exceeded its local hire goal of 220, reaching 352 local hires, and with local purchasing at 27.8 percent, it is closing in its 2020 target of 30 percent.

In Baltimore, admittedly pushed to respond due to the murder by police of Freddie Gray (and the urban uprising that followed) in 2015, Johns Hopkins University has engaged in a similar initiative. Since then, it has expanded its local purchasing from $89 million to $143.3 million, a 60-percent increase. The campus has also hired 402 returning citizens in three years, with more than 40 percent of hires coming from the Baltimore City community. In Camden, Rutgers University-Camden launched an “access to completion” program that has more than doubled the retention of first-generation students and Latinx students. At the University of Central Oklahoma, the campus developed a program that increased the retention of Native American students from 57 percent to 73 percent.

There are many more stories like these—and yet, there remains an enormous contradiction at the heart of the anchor institution idea. Leave it to none other than Andrew Delbanco, president of the Teagle Foundation, a financial sponsor of the Anchor Institutions Task Force and keynote speaker at its conference, to articulate it. As Delbanco observes, while the work of the Anchor Institutions Task Force in encouraging mutually beneficial partnerships with universities (and also hospitals) and communities was laudable, there were some “basic facts,” as he put it, that threatened to undermine many of the good works. As Delbanco explained:

Our most famous colleges and universities enroll more students from the top one percent than the bottom 50 percent. All students are subsidized, even those paying “full freight”…the overwhelming majority of first-generation, low-income students of color find themselves in underfunded institutions that spend a third, a fourth, or a fifth as much. The haves are getting more; the have-nots are getting less. Higher education is doing more to replicate inequality in our country than to resist it.

In case the “basic facts” weren’t enough, Delbanco went on to add some anecdotes. Delbanco recalled a political scientist who observed, “Serving the children of the global elite is fine, but what is Yale doing in New Haven?” For years, this professor had taught John Locke’s second treatise on government, a classic text that Thomas Jefferson drew on when writing the US Declaration of Independence. At Yale, Delbanco noted, the students would say things to the professor like, “Sounds like it was pretty bad in the 17th century.”

The New Haven students, however, had a different reaction to Locke’s argument regarding how, in the 17th century, given the long chain of abuses, the times were right for a justified revolution. Their response, quite simply, was more or less, “Seems like we need a revolution right now.”

The elites in our country and in other countries have really screwed up. The elites stopped thinking of where they came from and what they owe to society. This notion of elite has been paired with globalism. Of course, it is true, some of our most pressing problems will never be susceptible to local solutions (like climate change). But it is also true that we have rushed to embrace the global solutions and ignore the local.

Universities are popularly seen as part of this problem: elite institutions out of touch with real people in real neighborhoods. Much of the charge is unfair, but there is enough in it, I think, that we need to take it seriously.

Echoing Delbanco’s remarks, at a later breakout session, Anthony Sorrentino, vice president at the University of Pennsylvania (Penn), noted that back in 2000, Judith Rodin, then Penn’s president, had said that while the American people had lost faith in many institutions, “where they have faith is universities.” But, Sorrentino added, “20 years later, that ground is getting shaky.”

The “basic facts,” in short, are tough. But public acknowledgement of these realities may be an indicator of growing movement maturity, a sign that at least a part of the university world is getting serious and realizing that anecdotes of an anchor mission or community good works are inadequate to actually achieve an anchor mission.

This theme permeated both conferences. At CUMU, Marisol Morales, vice president for network leadership at Campus Compact, noted that while her organization had gotten over 100 universities to develop “civic action plans,” the group is now looking to develop a “2.0 version” to emphasize equity. Katie Parker, a senior research associate at The Democracy Collaborative, a nonprofit helping CUMU support the 31-school Anchor Learning Network, noted a similar dynamic and said their network too looks to deepen equity work. Shea O’Neill of U3 Ventures, a consultancy that has worked on anchor strategies for over a decade, warned CUMU conference attendees that an anchor approach, particularly one that focuses on real estate and neighborhood revitalization, “can be exclusive.” O’Neill added that, “Too much, too quick, without attention to affordability or inclusion or diversity can create an out-of-control market effect.”

At AITF, in addition to Delbanco’s remarks, one plenary panel paired Vop Osili, Indianapolis City-County Council President; and Amy Conrad Warner, Vice Chancellor of Community Engagement at Indiana University-Purdue University Indianapolis (IUPUI). Both Osili, who is black, and Warner, who is white, talked about their efforts to improve racial equity in Indianapolis by changing local government and university practice, respectively. Warner mentioned IUPUI’s Great Places 2020 initiative, which seeks to dismantle systemic racism. It is a “long and difficult road,” Warned noted, “but cannot be left unattended.” Steps being taken by the university include providing data to the city-county government, which both informs government equity goals and helps guide implementation. IUPUI is also actively changing university policies, such as by making it far easier to admit formerly incarcerated individuals as students.

Part of the deeper anchor work too involves challenging deeper layers of structural racism. Osili noted that the city has been “treating the individuals as their crimes versus as members of our community who may have an issue, which if we are intentional about addressing, can recover from that issue.”

For her part, Warner recalled a book written by a former Notre Dame professor called Polite Protest, which described the logic of structural racism in Indianapolis. Warner explained:

As the economy grew in the North and Rust Belt, more and more found manufacturing jobs, largely people of color. Indiana was fine with that.

But guess what? They weren’t able to live in the same neighborhoods, study at the same schools, and weren’t admitted to colleges. There were subtle changes in policies that were reflecting this view and vision of racism….

Now, we are reaching a point where the disparities are so grave—the cycle of poverty, the health disparities, the lack of access to education. So, we are analyzing our own policies as a historically white institution. We are bringing scholars to talk to our faculty and board of advisors.…

We don’t have the answer. It is longer-term. We do have more voices at the table. We have stronger “live, buy, hire” strategies that are not going to correct the inequalities, but will [help] create a clean pathway.

In short, the discussion at both conferences showed the potential for deep engagement, as is evident in the close partnership between city government leaders and university leaders in Indianapolis, while also demonstrating the vast gap between aspiration and achievement.

No conference can resolve such questions, but it was encouraging to see a greater willingness to stare deeply into the contradictions and search for some ways forward in a field that often has focused on anecdotes and willful evasion of harsh realities.

Ira Harkavy, founding director of the Barbara and Edward Netter Center for Community Partnerships at the University of Pennsylvania and chair of AITF, in the concluding remarks at the AITF’s New York City gathering, observed, “This is a meeting more about not what has to be done, but the process of doing it.” Harkavy added, “We have miles to go before we sleep,” but expressed hope that the group as whole would be willing to struggle with the tough issues and “take that road together.”